Emmerdale’s Lydia Hart found out the devastating news last year that she may develop Huntington’s disease, an inherited illness that affects the brain and nervous system. It stops them from working properly over time and is caused by a faulty gene.

The emotional storyline began after she met her estranged mother Agatha Finn (Judith Barker), whom she hadn’t seen since she was adopted at birth.

Agatha was keen for Lydia to know that her father died from the genetic condition, leaving her fearing that she might also have the same thing.

According to the NHS website, symptoms of the disease include difficulty moving, involuntary movements in the body, stumbling and clumsiness, and can cause problems swallowing, speaking and breathing.

Although these types of symptoms can begin at any time, they generally become apparent between the age of 30 and 50 years of age. 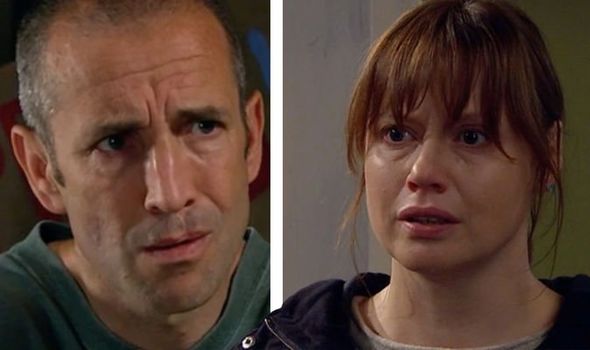 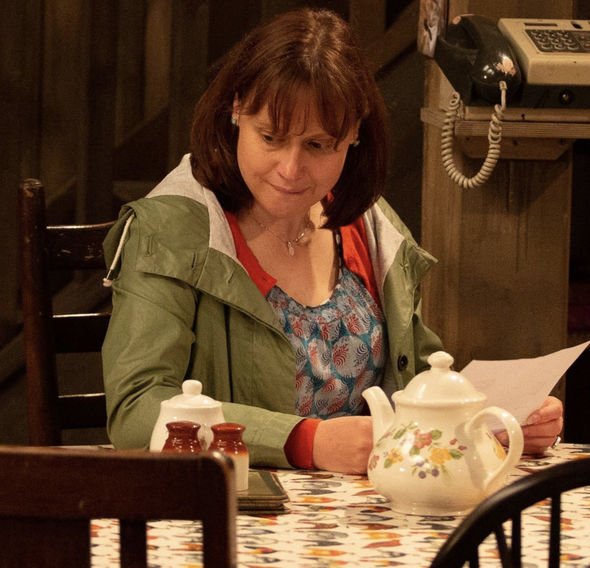 As she confided in the Dingle family about her discovery, she looked for guidance about what to do next.

However, upcoming episodes may suggest that she did in fact take the plunge, which could change her life forever.

After turfing Mandy Dingle (Lisa Riley) and Vinny (Bradley Johnson) out of the family home, Sam goes into extreme protective mode and doesn’t allow Lydia to leave, making it clear there’s something else going on.

When she’d had enough of being cooped up, she ventures out to the shop only to return to a seething Sam when she gets home. 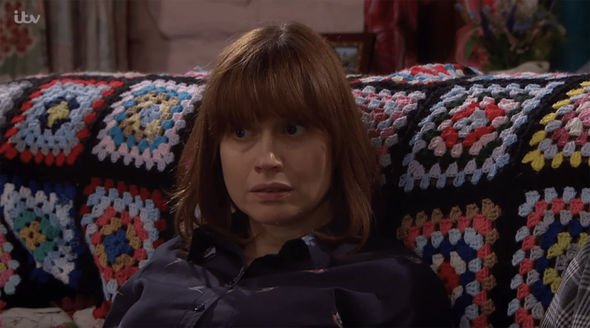 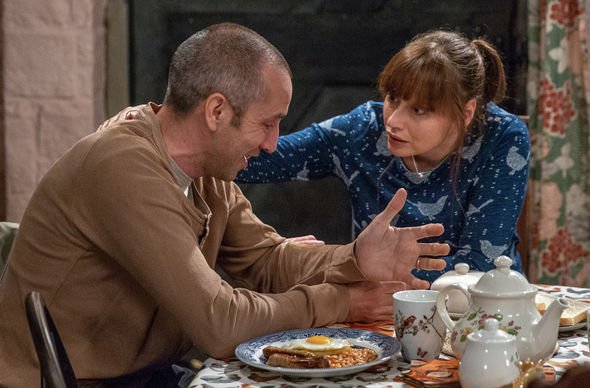 But what’s got Sam so on edge?

Could Lydia’s results have come back and he’s accidentally intercepted the letter?

It could explain why he’s been acting so out of sorts, but it must mean it’s bad news for the newly-weds.

Is there a possibility Lydia’s results came back positive, confirming she’s carrying the Huntington’s gene?

Talking to Express.co.uk about the storyline previously, Karen who plays Lydia, said: “What Lydia doesn’t realise [at first] is that there’s a 50 percent chance of her having the same thing. The odds are very high.

“When that dawns on her, it’s a massive thing to process and it’s a question of whether or not she should take the genetic test to find out. She’s not sure and she wonders whether ignorance may be bliss.”

James Hooton, who plays Sam in the ITV soap, also hinted that there could be an upcoming struggle for the recently married couple.

Speaking on This Morning earlier this year, he said: “It’s soapland so we [Sam and Lydia] might get a happy couple of weeks you never know.”

Does this mean bad news is looming for the pair?

Like James said, soapland is relentless when it comes to resident’s happiness!