Emmerdale viewers have witnessed a turbulent couple of months for the Dingle family after Belle Dingle (played by Eden Taylor-Draper) embarked on an affair with Jamie Tate (Alexander Lincoln) who was hiding the secret of his crime against Moira Barton (Natalie J Robb), which saw her left for dead. However, now the tables have turned and Belle is in the frame for the incident, Nate (Jurell Carter) ends up choosing to take responsibility for his aunty as her mental health starts to spiral – but it seems Nate will end up facing time in prison after star Jurell expressed concern over his character’s future.

Nate seemed to be the first resident to clock on to the fact Belle was experiencing difficulties with her mental health.

It came after Belle previously entered into a seemingly doomed relationship with Jamie and was soon smitten.

But when Jamie’s estranged wife Andrea Tate (Anna Nightingale) made her return, it wasn’t long before she betrayed Belle in a new twist.

Andrea shocked Belle by giving Jamie an alibi for the night of Moira’s accident, which saw him get away with his crime. 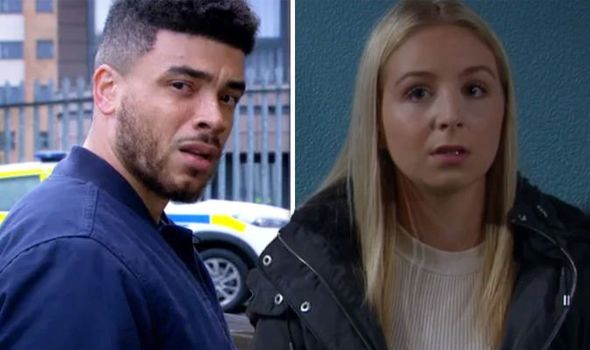 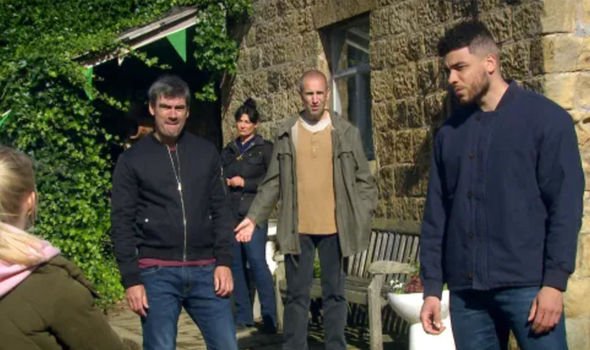 Earlier this month, Belle was taken in for questioning by the police and it looks as though she will be the one taking the blame.

However, after realising exactly how unwell Belle has become, Nate will offer up a brave solution.

Speaking to Express.co.uk and other press, actor Jurell explained why his character decides to “take the rap” for Belle.

He said: “It’s got to the point where Jamie has framed Belle in this whole situation. Nate can also see Belle’s deteriorating health.” 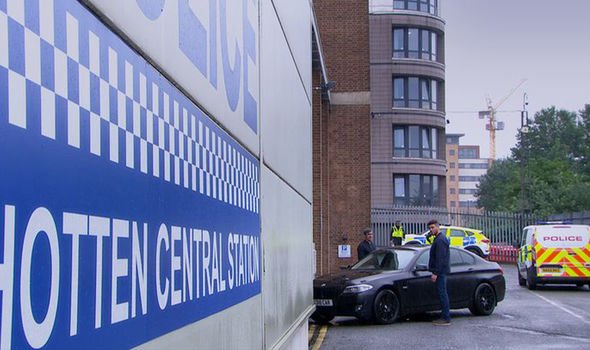 This evening, Sam (James Hooton) will notice Belle is starting to get behind on her medication and he worries for her welfare.

This causes the Dingle family to take urgent action in order to help pull Belle out of her downward spiral.

It’s Nate who decides to put himself forward to save Belle from the ordeal of being sentenced for Jamie’s crime.

Jurell added his character’s reasoning behind the decision: “Nate is thinking very quickly, but it’s out of the pureness of his heart.

“He’s acting very selflessly in terms of helping Belle out, but quite selfishly in the respect that he’s putting Tracy (Amy Walsh) and the baby to the back of his head.”

It seems as though Nate fails to realise just how consequential his actions could end up being.

The actor explained: “Nate has thought it through in some ways, as he mentions his clean record.

“He’s a man of good standing and it’s [his] first offence, so he’s thought about it in that respect. But in terms of his whole situation – his career, his family situation, the rest of his life – he hasn’t thought it through.”

It seems as though Nate hasn’t considered the possibility of not being able to see his child, as Jurell continued: “He has a scene with Moira and Sam, where he says that his sentence won’t be a few years.

“Because it’s his first offence and he’s pleading guilty, he genuinely thinks it’s only going to be for a few months rather than years,” but of course in soapland, things are never as easy as they seem.

Could Nate end up putting his entire future with Tracy at risk and end up serving a lengthy spell in prison?