Emmerdale resident Leyla Harding (played by Roxy Shahidi) has had a turbulent love life, but things changed when she found romance with Dr. Liam Cavanagh (Johnny McPherson) late last year. However, from the moment they started dating they haven’t had it easy, and with Liam’s daughter Leanna (Mimi Slinger) doing everything in her power to break up her father’s relationship, Leyla has been struggling. But it seems she needn’t worry about what the teenager thinks or does because it seems Liam just made his feelings towards Leyla very clear, and as a result, Leyla could be about to make a terrible mistake. 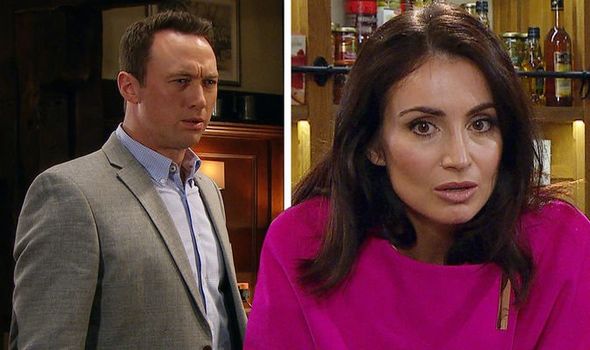 In the months running up to Christmas, Leyla was secretly harbouring feelings for the handsome doctor, but he was pining for Bernice Blackstock (Samantha Giles).

The beautician had fled to Australia after her daughter’s father was involved in an accident, leaving behind Liam and their planned wedding.

It wasn’t long before distance got the better of the couple and they broke things off.

For a while, Liam was utterly heartbroken, but he soon found comfort in Leyla and the pair started dating one another secretly.

However, secret relationships don’t stay a secret for long and Liam’s daughter Leanna soon found out and she was utterly furious. 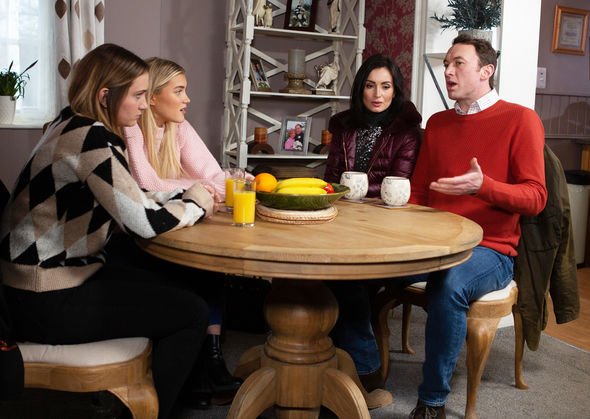 For the last couple of weeks, Liam has been doing everything he can to try and win back his daughter, pandering to her every need and request.

Leyla on the other hand is determined to give her some tough love, but this has only caused a rift in her and Liam’s relationship.

During tonight’s episode of Emmerdale, Leyla decided she wouldn’t get involved when she found out Leanna was having a house party, but this only infuriated Liam.

Storming over to Diane Sugden’s (Elizabeth Estensen) house, Liam and Leyla walked in on Jacob Gallagher (Joe-Warren Plant) and Leanna hugging, but from the angle in which they were standing, Liam presumed they were doing more than embracing one another. 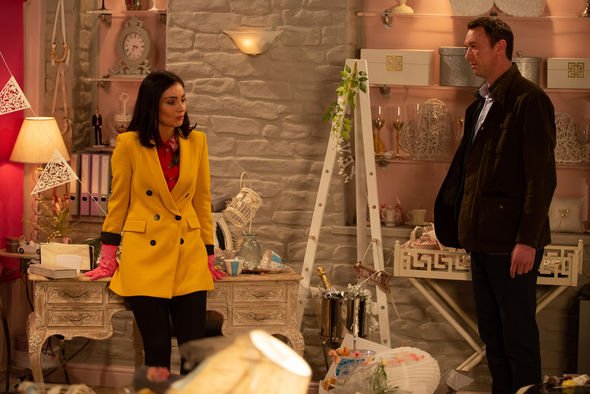 The doctor immediately jumped to conclusions and fumed at his daughter for having “no respect”.

Little did he know the two teens were doing nothing unsavoury and he then took his anger out on Leyla.

“We honestly weren’t doing anything,” Jacob argued but Liam replied: “Well that’s not how it looked – you were all over her, what was I supposed to think?”

“I wasn’t, we’re friends, she was upset and I was looking out for her,” Jacob continued to explain.

“Which is very sweet of you and I’m glad you were there,” Jacob’s mother Leyla added. 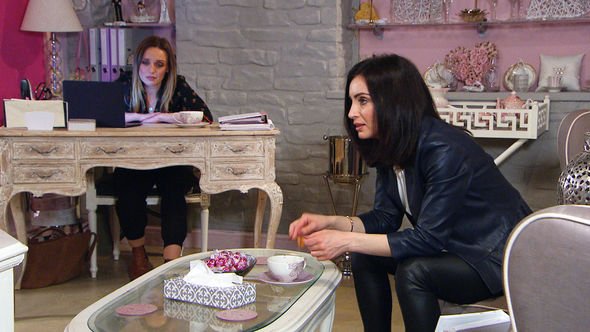 “Why was she upset?” Liam asked and Jacob explained: “Because of you, because of how much she’s missing you.”

“There you go. I told you, we were just trying to help,” Leyla remarked but this only infuriated Liam.

“You should’ve told me what was going on before I went storming in there, you know Leanne is the most important person in my life, that’s driven us even further apart. Such a mess!” He commented and stormed out of David’s shop.

After hearing Leanne be the “most important person” in Liam’s life, where does this leave Leyla?

The two could share stories of how much they dislike their men over a drink or two and then head out to Hotton for a night out on the town.

Could Leyla find herself the centre of someone else’s attention? After all, she is just a woman who wants to be loved and with Liam not willing to do that, Leyla could fall into another man’s arms.

Emmerdale airs Monday, Wednesday and Fridays at 7pm on ITV.