Over the past couple of months, Emmerdale fans have seen Nate (played by Jurrell Carter) becoming increasingly close to Moira Dingle (Natalie J Robb), with the pair sleeping together in last night’s double bill.

As things heat up between the pair, viewers have begun to suspect Nate is out to take down Cain (Jeff Hordley) with many certain he’s his long-lost son.

If Cain were to find out wife Moira was cheating on him with Nate, he’d be devastated as the couple have already been through so much together.

But after tonight’s episode, it seems Nate may have something much more sinister planned for the ITV bad boy.

Nate’s girlfriend Amy Wyatt caused the fire at the Sharma sweet factory a couple of weeks ago when she broke in with mum Kerry (Laura Norton).

The mother and daughter have been wracked with guilt as the village have tried to mourn the loss of Frank Clayton (Michael Praed), who perished in the blaze.

Kerry has been determined to get her and Amy out of the village and start a new life in Spain.

But things got a little too much for Amy in tonight’s episode as she broke down while searching for son Kyle’s passport.

She was stopped by Nate, who found her snooping up at the farm and when he questioned what she was doing, Amy revealed all.

Breaking down, she confessed to starting the fire with her mother, explaining she never meant for Frank to die. 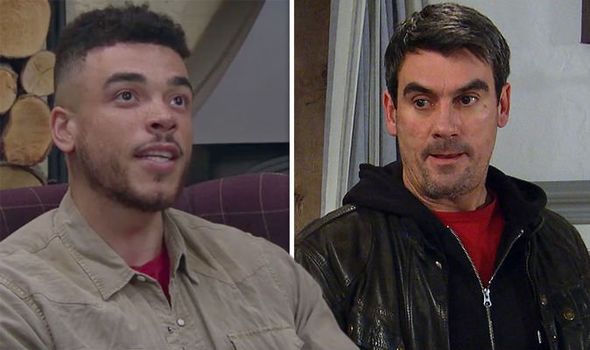 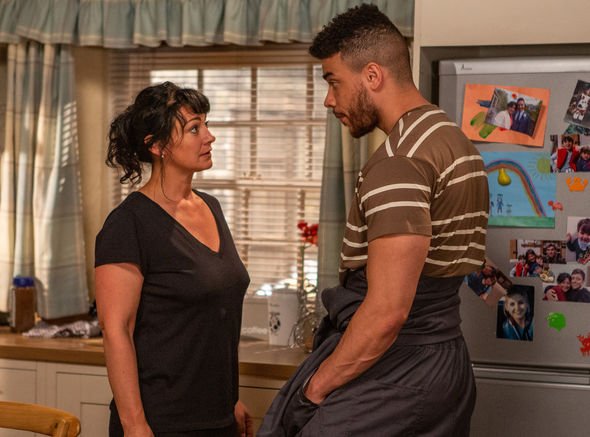 Nate assured her he’d keep the secret as he really liked her.

But when Amy relayed the incident back to Kerry, the northerner wasn’t happy and is certain Nate will reveal the truth.

However, Nate may actually hold onto the incriminating information to take down Cain and leave him with even less.

Nate knows Cain will be destroyed when he learns of his affair with Moira, but he’d been even more crushed if Kyle was taken from him.

Cain adores his son and only wants the best for him – could he lose the youngster if it’s revealed he’s been letting a criminal take care of him? 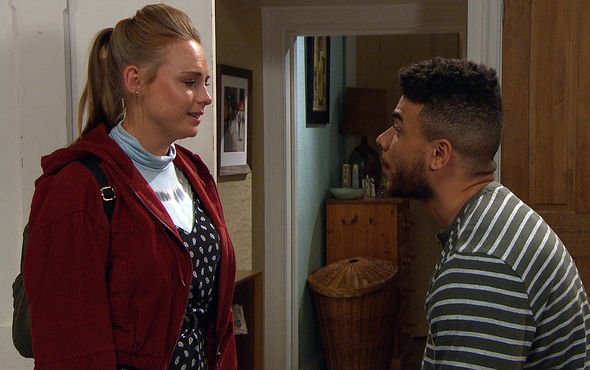 Or, Cain could be left to bring up his son alone without the help of Amy, if she’s locked up, or Moira after her betrayal?

However, Nate may not get a chance to use this information as soap spoilers have revealed he’ll be caught in the act with Moira.

Kerry will head up to the farm to talk to Nate but find him romping with Moira in the caravan.

Will she be able to blackmail him into keeping the fire a secret?