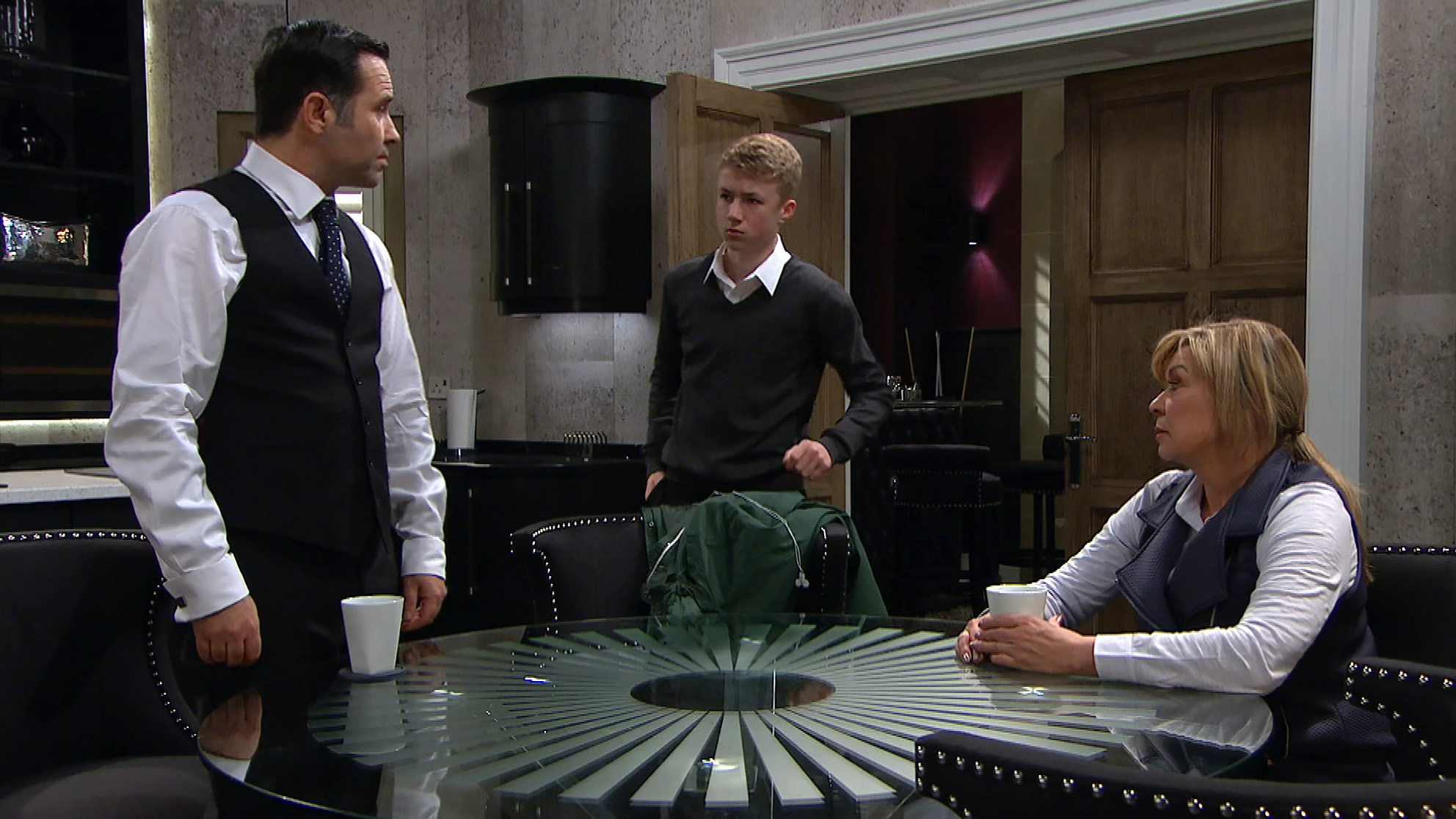 Kim – returning star Claire King – later receives a note from Graham that leaves her shaken and when he returns to Home Farm, she’s shocked when he tells her he’s going nowhere.

They both know that Kim’s secretly relieved to see Graham back and it becomes clear that the pair are now equals.

Kim then shares her plan to ruin Cain’s life piece by piece with Graham, but he’s left feeling uneasy when she reveals how she plans on using young Noah.

Will Graham stand by and let her? 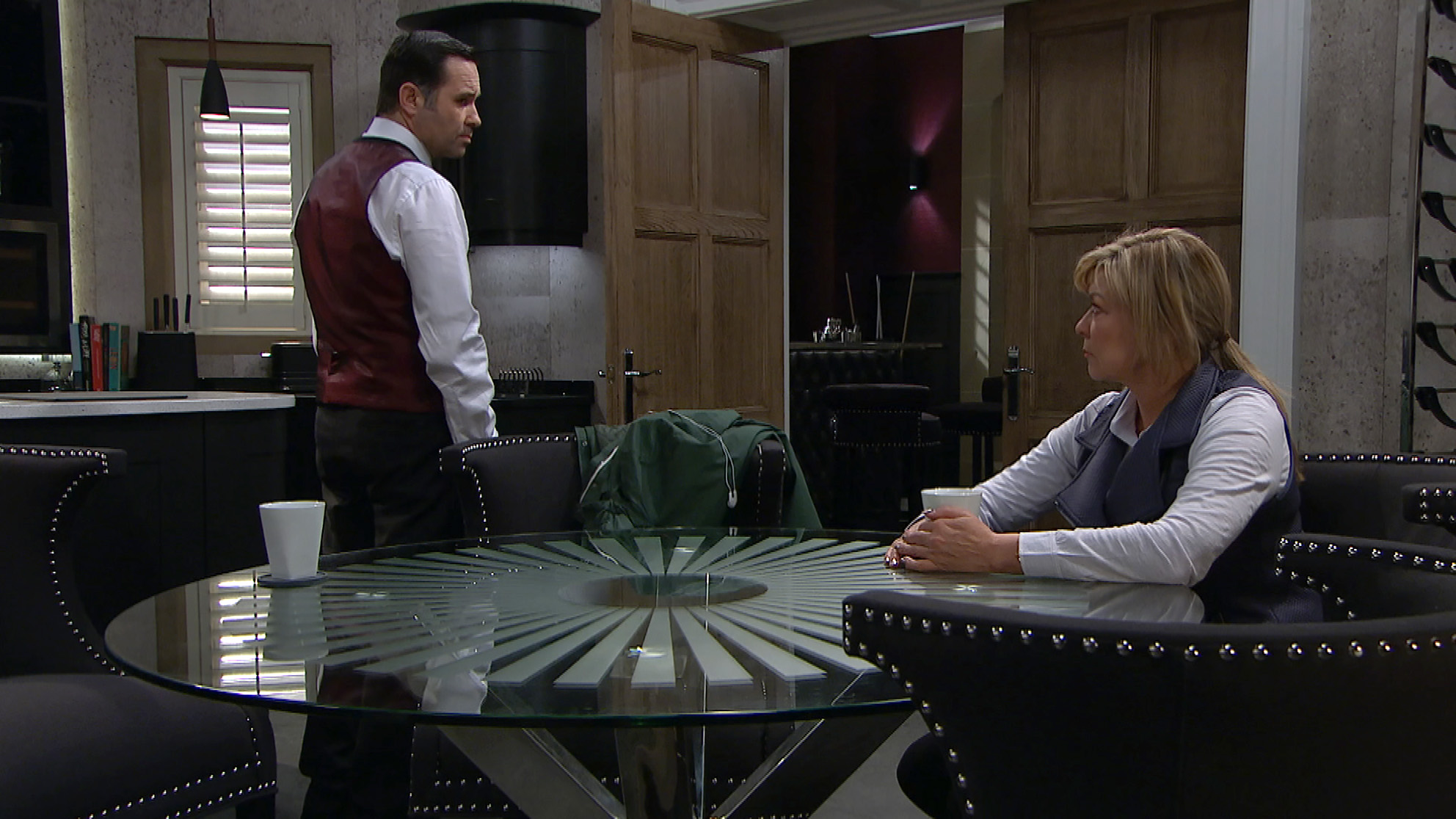 The Sun Online exclusively revealed last week that Kim would target Cain on her return and start by seducing him away from his wife Moira.

Kim will force the Dales’ resident bad boy into having sex with her by threatening to reveal what she knows about his involvement with Joe Tate’s murder to the cops.

Cain – Jeff Hordley – thinks he killed Joe after punching him and causing him to hit his head on a rock, but viewers know he survived the punch and it was Graham Foster who actually killed Joe later.#

The battle between the two is set to be one of the soap’s most explosive storylines of the year – and has far-reaching consequences for Cain, Kim AND Moira.

“Kim’s being driven back from prison by Graham when the car breaks down and Cain comes across them,” an insider tells The Sun Online. 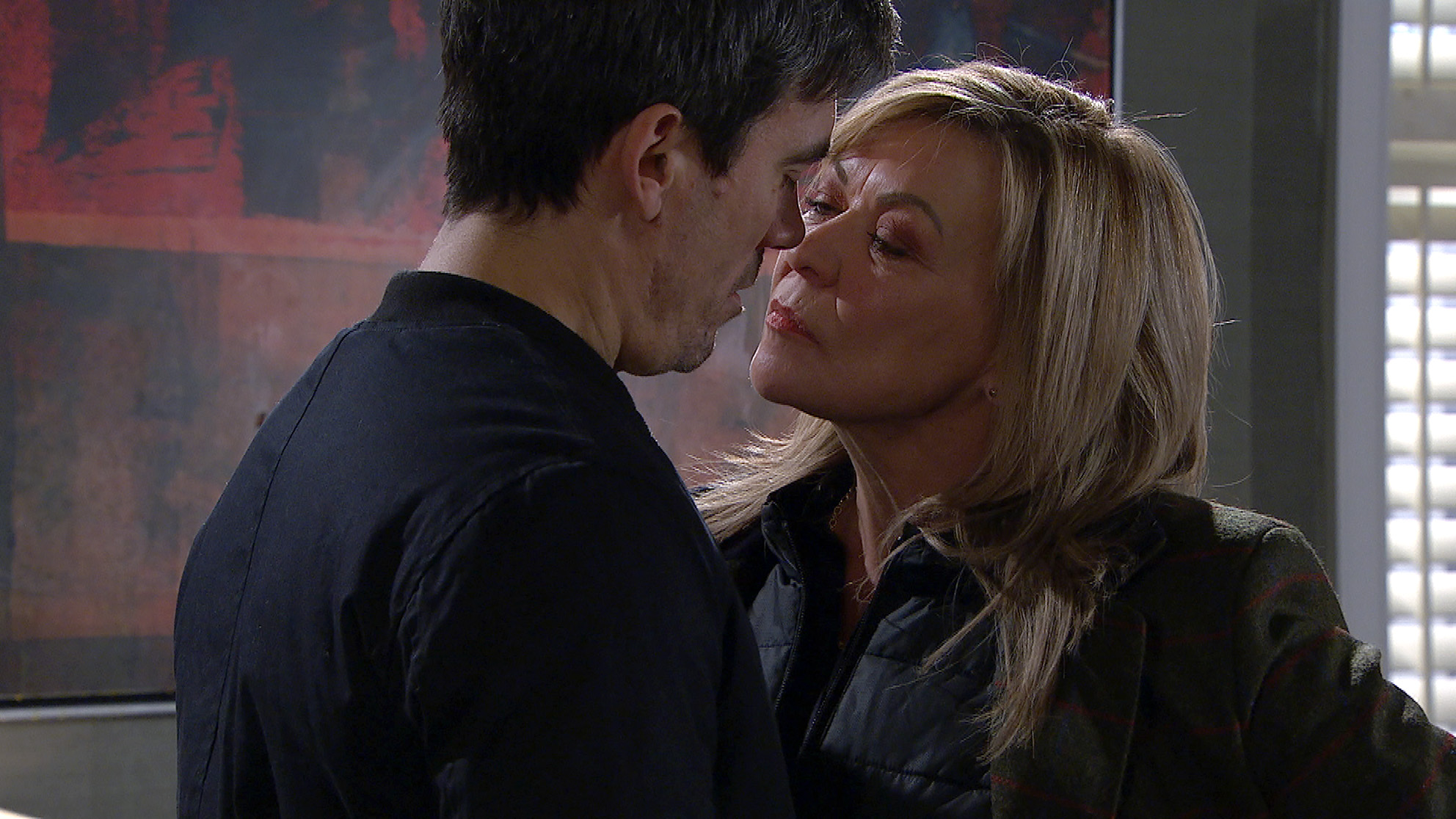 “At first Cain offers to help, but once he finds out who Kim is – remember, he’s never met her, just heard about her in the village – he changes his mind.

“This upsets Kim and her interest in Cain is sparked. It’s then that she decides to systematically ruin his life, bit by bit.”

The storyline will take a dramatic twist when Kim overhears in the Woolpack that Cain has been arrested for Joe Tate’s murder – and finds out information she can use to blackmail him with.

“Kim’s then onto Cain, and tells him that she’s got something on him, but she can make it go away – if he sleeps with her behind Moira’s back,” says the source.

“She doesn’t care about hurting Moira or ending their marriage – so when Moira gets involved too, she vows to mess her up too.”