Several Emmerdale residents were shaken up when DI Mark Malone (played by Mark Womack) arrived earlier this month and stirred up trouble. The bent copper is an acquaintance of Will Taylor (Dean Andrews), but it seems he has turned his attention to Cain Dingle (Jeff Hordley) instead. And it seems the way to take the village bad boy is to go after his missus, will Moira Barton (Natalie J. Robb) be the catalyst?

Malone turned up as the detective investigating a series of incidents which had happened in quick succession in the Dales involved Cain and Will.

One being the shooting of Nate Robinson (Jurrell Carter), the Rustlers tearing up neighbouring farms as well as a random gun being hidden.

Of course, it wasn’t long before the real reason Malone was the person assigned to the case was revealed; the gun was in fact his and he had leant it to Will for a recent gang job he had been involved in.

So when he heard Will had been careless and the gun ended up in Cain’s possession, he sought out the truth, but in doing so, met his match in the garage owner. 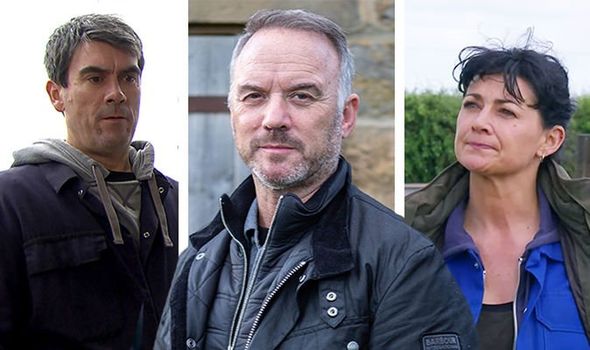 The actor who plays DI Malone spoke to express.co.uk and other press about what is to come from his character.

Mark said: “He [Malone] knows all about Cain because he’s done his homework. And that’s kind of the reason why he sees opportunities immediately.

“Where they [all] work, it being kind of quiet, rural, how we can kind of manipulate everyone, he’s very Machiavellian. He just sees it right away.  He sees opportunities to sort of expand his criminal network and empire. So he decides to stay.

“And with a little bit of kind of effort on his part, he’s gotten them all doing what he wants very, very quickly,” Mark added.

“And there’s also another reason which I’m not going to give away [for] why he’s there,” the actor teased.

“His past is that he’s a career policeman, but he really lives on that thin line of being a policeman and being a criminal. “

With Malone basically classed as a legalised thug, he must know Harriet Finch (Katherine Dow Blyton), a former police officer who met Will during an undercover operation, but now preaches religion to village parishioners.

When asked if this was true, Mark replied: “Yeah, they might know each other. There is a connection there.”

Nevertheless, while Malone could have a potentially awkward run in with Harriet, it seems Cain should be the one to watch his back, and the way Malone is going to destroy his is by using Moira. 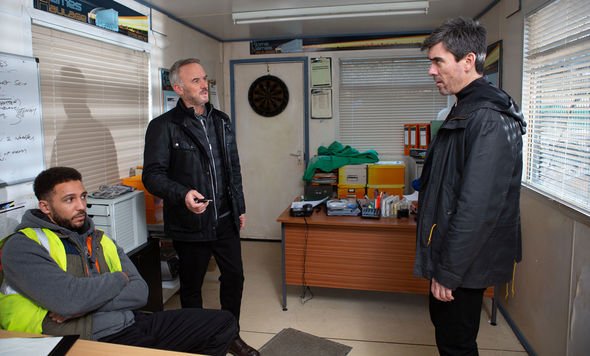 In scenes which aired earlier this month, Malone was on hand when Butler’s Farm suffered a terrible tragedy; their prize bull was shot.

Viewers knew it was Malone’s doing, so did Cain, but Moira was none the wiser and was charmed by the detective.

When asked about this, Mark was asked whether or not Moira will be a pawn in his game and he said: “She might be”.

“The relationship with Moira thus far is very distant,” he added.

“But I could see something like that happening [a relationship developing] possibly,” to which he then clarified it would happen “in the near future” but is a storyline to look out for.

Moira has had a turbulent marriage to Cain, and after several affairs and criminal activities-gone-wrong, they are divorcing one another.

But that doesn’t mean they don’t still care for one another and their wellbeing.

Moira was used by Cain’s son Nate last year; she was lured into a relationship with him in a bid to get revenge and in doing so it broke what little trust she and Cain had for one another.

Could Malone do a similar thing? After all, Moria was the only woman to tame bad boy Cain.

He’s a really interesting character. He’s a very cool villain to play, to be honest.