Faith Dingle (played by Sally Dexter) has returned to Emmerdale after being driven out of the village by her son Cain Dingle (Jeff Hordley) in 2019. Prior to her departure from the ITV soap, the stalwart was in a relationship with Eric Pollard (Chris Chattel) but the pair split when Faith kissed Bear Wolf (Joshua Richards). Although Eric has since moved on with Brenda Walker (Lesley Dunlop), will the Dingle troublemaker come between the couple?

Eric struggled to forgive Faith for her infidelity and threw her out when he realised he couldn’t get past the kiss.

Earlier this year, the stalwart declared his love for the cafe owner but Faith’s arrival could spell trouble for the pair.

Speaking to Express.co.uk, Sally hinted a reunion could be on the cards for Faith and her former lover.

She shared: “I don’t think she’s going to be too pleased about [Eric’s new romance]. Brenda, what’s he thinking? 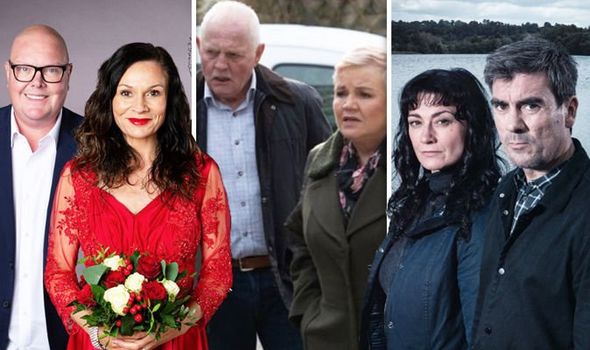 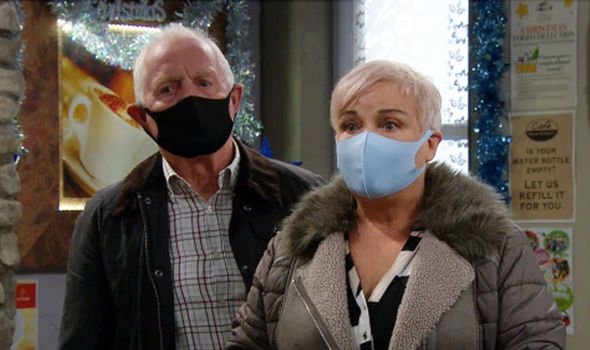 “[But] there are some lovely little scenes with Brenda and Faith, I’m not quite sure exactly where that’s going.”

When Eric threw Faith out, the Dingle matriarch did try to fight for the relationship and Sally hinted this could happen again.

“She might [fight for him] if she thinks he’s worth it,” Sally continued. “She’s quite surprised with just how taken she is with him.”

“Who knows what’s going to happen between Eric and Faith,” the actress remarked. 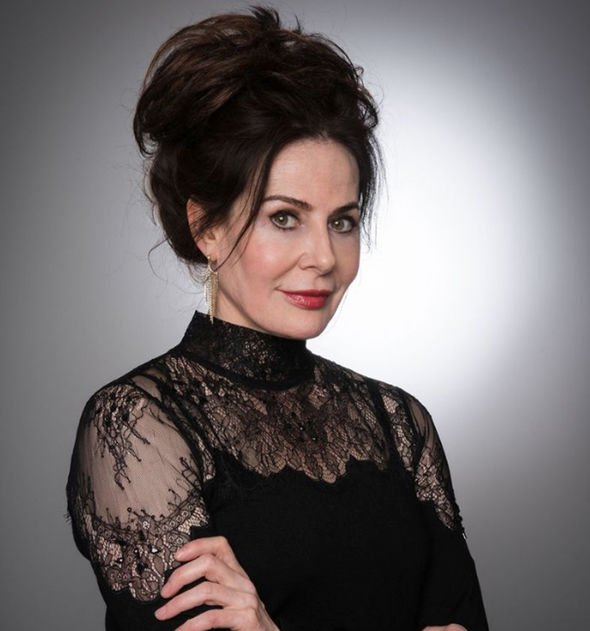 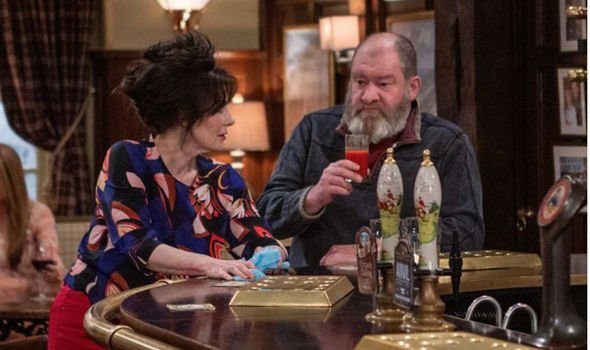 “I don’t think this story has completely ended yet, there’s certainly fireworks between them still.”

Will Faith accept that Eric has moved on or will the iconic characters embark on an affair?

Meanwhile, the actress hinted at what’s next for Faith after returning to the village last week.

“She’s a person who likes to celebrate and celebrate life and I think she’ll do everything to keep on doing that,” Sally explained.

“It might not be easy but that’s one of the things I love about Faith, she cheers me up.

“In these deep dark days we’ve been having, she’s a bit of sunshine and I hope that comes across. That’s what she wants to do in the village.”

Cain was not happy to see his mother in the village while Chas Dingle (Lucy Pargeter) was overjoyed to be reunited with the Dingle matriarch.

Chas was adamant Faith should be given the opportunity to stay in Emmerdale and Sally revealed their bond will grow in the coming weeks.

“Interestingly there’s a much stronger bond from the beginning between Chas and Faith,” the actress said.

“It’s really rather wonderful,” Sally continued. “You see a different aspect of their relationship which we didn’t so much last time. I love that, I really think it’s great.

“They have this lovely conversation and there’s a heartfelt confession from both of them that they’ve genuinely missed each other.”

Emmerdale airs on ITV on weekdays at 7pm.