Emmerdale fans saw Faith Dingle (played by Sally Dexter) return in a truly epic fashion earlier this week and everyone in the village was surprised by her sudden appearance. The Dingle matriarch was in a nearby village spying on her former funeral-directing partner who was having an affair when she bumped into Moira Dingle (Natalie J. Robb). And it wasn’t long before everyone in the Dales found out she was back. Faith’s son, Cain Dingle (Jeff Hordley) wasn’t entirely pleased about the news, as fans know, they share a difficult relationship. But what’s in store for the mischievous character? And can the mechanic forgive his mother for walking out of his life only to rock up once more? There is also the question of Cain’s relationship with Moria, here’s hoping Faith won’t get in the way of the two reconciling further…

The actor who plays Cain joined Loose Women this week to discuss his storyline.

Judi Love asked Jeff: “Faith is back – do you think Cain with forgive her?”

He replied: “The thing is, what I love about Faith – Sally Dexter, I’m thrilled that she’s back, she’s the most amazing human and I just love her as an actress and working with her.

“But she’s the only character, in terms of Cain that can make him do things that no one else can. 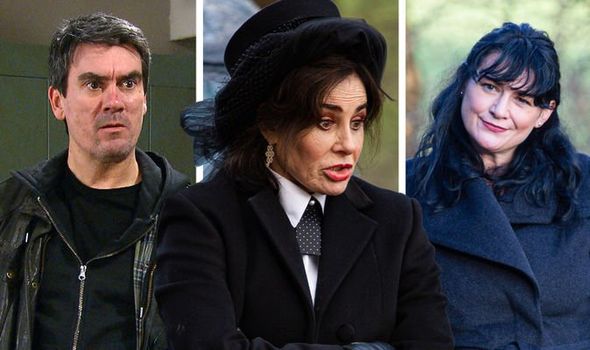 “Really, he just wants his mothers love and she’s always left him down. She has this hold over him that no other character possesses.

“So it’s really interesting to see how the dynamics of their relationship are going to move as we go on with the year,” he added.

The Loose Women panellist continued: “Cain is fuming with Moira – do you think they will last? Do you think this relationship will last longer than it already has?”

“I think because of everything we’ve been through over the last few years, there’s no doubt Cain and Moira will be stronger now they’re together – no matter what they throw at them,” Jeff said. “So Cain and Moira, I’m hoping will be safe.” 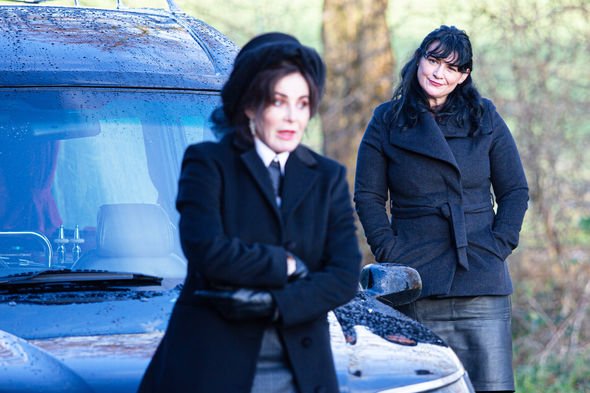 Following Faith’s return, the Dingle clan gathered to decide whether or not she should be welcomed back into the fold or banished for good.

After the votes were counted, it transpired the family was tied and it was down to Nate Robinson (Jurell Carter) to decide as he arrived late to the proceedings.

“If it weren’t for forgiveness, I wouldn’t be here surrounded by the most amazing family,” he said before casting a vote for Faith to stay.

Despite Nate’s well-intended choice, Cain was unimpressed by his son as he felt his mother shouldn’t have been exonerated. 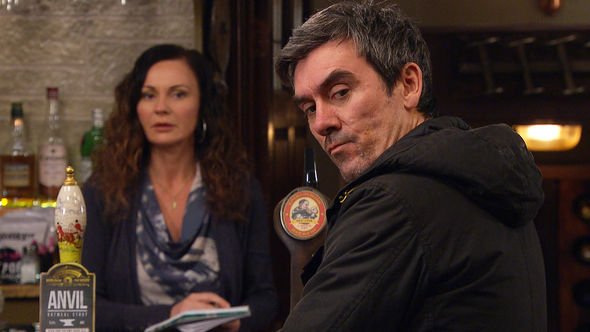 “I have forgiven enough this past year to last me a lifetime,” Cain argued referencing Nate’s affair with Moira. “Get out before I do something I regret.”

It will soon become apparent that Nate was not the only one to vote for Faith to stay in Emmerdale.

Moira will have to defend her choice to her estranged husband, claiming she wants to help him build bridges with Faith.

But Cain doesn’t want to listen and it will be Paddy Kirk (Dominic Brunt) who suggests Faith is causing more harm than good.

Awkwardly, Faith is standing behind the door, hearing every work the vet is saying.

Realising she is not wanted, Faith goes to pack her bags but is stopped by Moira who wastes no time in giving her thoughts on the matter.

Can Faith rethink her plans and stick around for good to make amends with her family?

As for what effect Faith is going to have on Cain’s relationship with Moira, he is already annoyed she opted for his mother to stay in the village, and now he finds out she has intervened in her trying to leave… can they really work this out?