Emmerdale fans laughed at Andrea Tate (played by Anna Nightingale) when she went against Kim Tate (Claire King), claiming she had the upper hand and was in control of her estrange husband’s dire situation. After all, everyone knows exactly what Kim is capable of when someone challenges her. Worried her mother-in-law is going to take matters into her own hands and squash the truth about Jamie Tate (Alexander Lincoln) hitting Moira Barton (Natalie J. Robb) with his car, could Andrea make a deal with the Cain Dingle (Jeff Hordley) in a bid to save her own skin?

Last night, viewers saw Andrea attempt to warn Kim to stay out of her and Jamie’s business.

“I’ve just come from the garage, seen the state of Jamie’s car! What’s going on?” Kim cornered Andrea in the kitchen and quizzed.

“Just a little scrape, didn’t think it was worth mentioning it,” the mother of one replied.

“Looks like a lot more than that. There’s traces of blood,” the Home Farm owner remarked.

But Andrea was adamant: “Believe me, you’re better of not digging into this one. You have to trust me on that.” 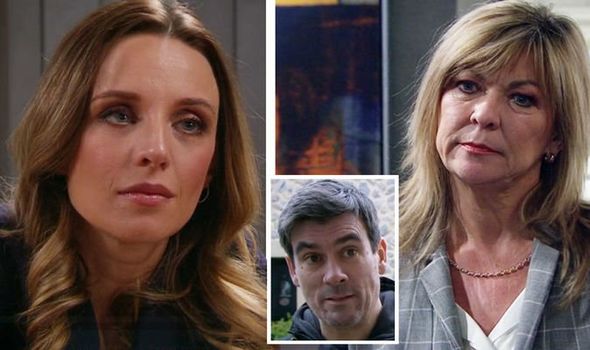 “Don’t start whining that Millie needs you, Jamie and I can look after her, you’re finished here. I’ll give you 24 hours to get out before I call the police,” Kim remarked.

“If you call them, it won’t be me that’s getting arrested,” Andrea revealed. “It wasn’t me that hit Moira, it was your precious son.”

Initially Kim said she didn’t believe what Andrea was saying, fiercely defending her son, but when Jamie returned home, she wasted no time in asking him straight about his involvement with Moira’s hit and run.

He explained what happened and Kim said she would clear up his mess.

“I think it’s best you forget about Belle, at least until we’ve got Andrea’s claws out of you,” Kim tried to soothe her panicked son. 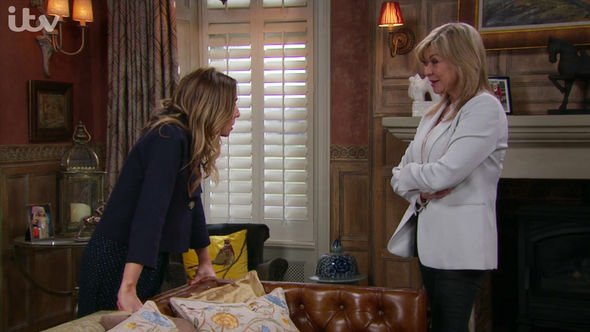 “How are we going to do that when she holds all the cards?” He asked.

And Kim answered: “One step at a time. Our priority is to make sure you’re in the clear – and right now, that car could put you in jail.”

Their conversation was interrupting by a demanding Andrea: “What do you think you’re doing?”

“Sorting out this mess,” Kim replied.

Andrea then told Jamie to sober up, before telling Kim they needed to talk.

“I’ve got it all worked out, so back off and let me make sure my son’s in the clear,” Kim commented but Andrea hit back: “You need to understand the situation first.” 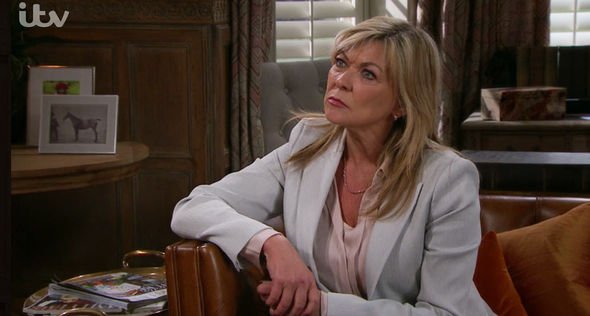 “I understand the situation perfectly, you’re wasting valuable time when I should be getting this sorted,” The matriarch added.

“You’re wrong on so many counts!” Andrea exclaimed. “First, you don’t sort anything without running it by me. Second, you need to be a bit more polite to me in future.

“You need to realise things have changed in this house, I don’t need to listen to you ranting anymore – I’m in charge now.

“If you want to save Jamie, then you need to remember that his future is in my hands, I could throw him to the wolves at anytime.

“If you even tell him about this conversation, from now on, you run everything by me – and that includes Millie,” Andrea continued.

“Do I make myself clear? So you, back off.” And with that, Andrea left. 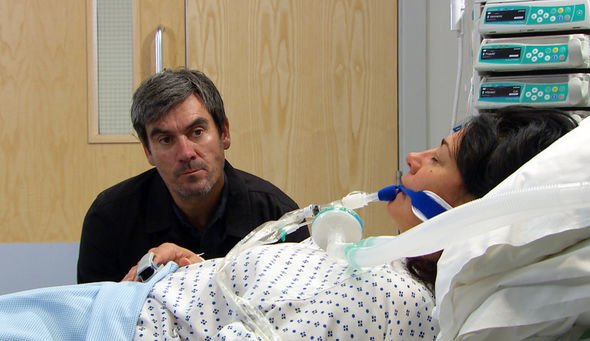 After seeing the table turn, viewers took to Twitter and commented on Andrea now thinking she is in charge.

“Tbh, Andrea has the upper hand now so i think once Kim comes up with whatever dirty trick she does to be back on top then Andrea should go to Cain herself & tell him #emmerdale,” one said.

Another wrote: “I know it’s not gonna last as Kim always finds a way to get her own way but I’m loving Andrea finally standing up to Kim & having the upper hand #Emmerdale.”

Some suggested Kim just agreed to her demands, as she quietly plotted her next move.

“Andrea has no right to control Kim in her own home. She feels so superior feeling like she can boss Kim Tate around like that. Don’t worry Kim will get her own way nobody underestimates her 2 can play that game #Emmerdale,” one wrote.

Another suggested: “Andrea’s basically just signed her own death warrant. Only question is how exactly will Kim dispose of her? #Emmerdale.”

So what exactly is Andrea’s plan?

Should anything go wrong and Kim interferes once again, perhaps she could find herself having a conversation with Kim’s rival, Cain.

There is a chance Andrea could throw Jamie to the wolves and tell the mechanic exactly how is wife sustained her injuries.

There has already been suggestions Cain is going to kill Jamie when he finds out the truth.