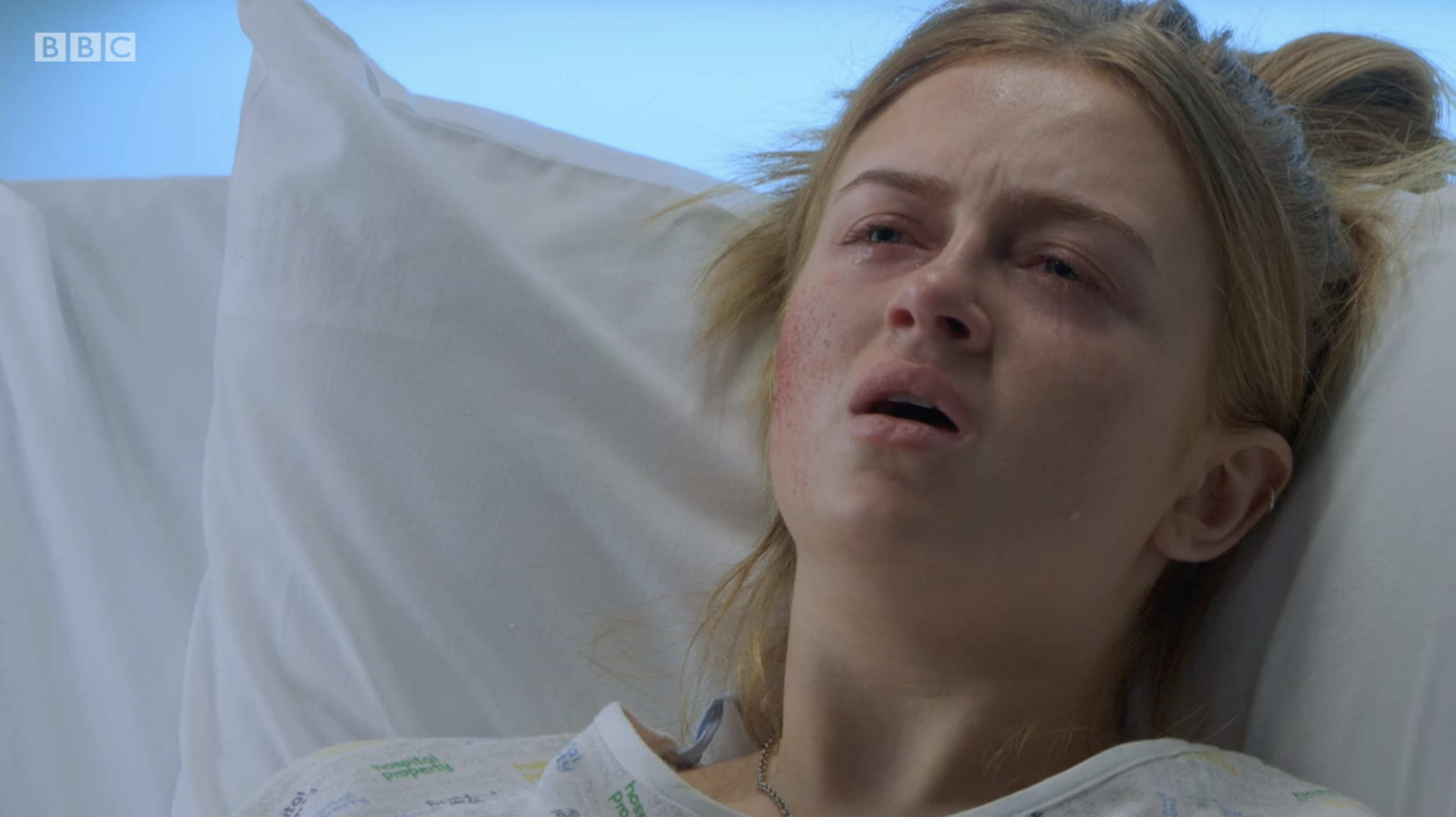 Tiffany Butcher-Baker’s (Maisie Smith) life was on the line in tonight’s EastEnders, as she was hospitalised following a serious reaction the fillers she’d previously received.

The beauty school graduate was feeling somewhat under the weather earlier this week, after she decided to splash out on more cosmetic work.

Keegan (Zack Morris) railed at her for spending their money on more fillers, but he was more concerned about the fact that she’d been giving Bernie Taylor (Clair Norris) diet pills behind his back.

Following Bernie’s collapse, Keegan needed time to think, and therefore left Tiffany on her own.

And during what he intended to be quick visit to the club to collect his wages, he ended up having sex with Dotty Cotton (Milly Zero).

Tiffany, meanwhile, felt much worse, and tonight’s edition of the BBC One soap saw her collapse to the floor, before she could call for help!

Keegan returned home to change his clothes following his afternoon of passion with Dotty, but he failed to spot Tiff out-cold.

Dotty, however, succeeded in finding her, and called for an ambulance.

Keegan was riddled with guilt after finding out about his wife’s hospitalisation, resolving to tell her everything about his infidelity.

But Dotty talked him out of such a thing.

Tiffany had had a bad reaction to the fillers, a discovery that saw her break down in tears, as she apologised profusely to Keegan.

In spite of his intentions to come clean, Keegan lied, claiming that he was at work when she called him, but he promised to be there for her no matter what from here on out.

Will Keegan be able to keep quiet about his sex secret with Dotty? Or will the truth come out?

EastEnders continues Monday August 9 at 8:05pm on BBC One.