EastEnders stars Shona McGarty and Zaraah Abrahams have been speaking about what’s ahead in the soap as new boss Chris Clenshaw gets settled into his role.

The actresses, who play Whitney Dean and Chelsea Fox, have had their fair share of dramatic storylines in recent months, with Chelsea marrying serial killer Gray and Whitney figuring out he murdered Chantelle.

It’s been busy – that’s for certain – and things aren’t set to slow down anytime soon. 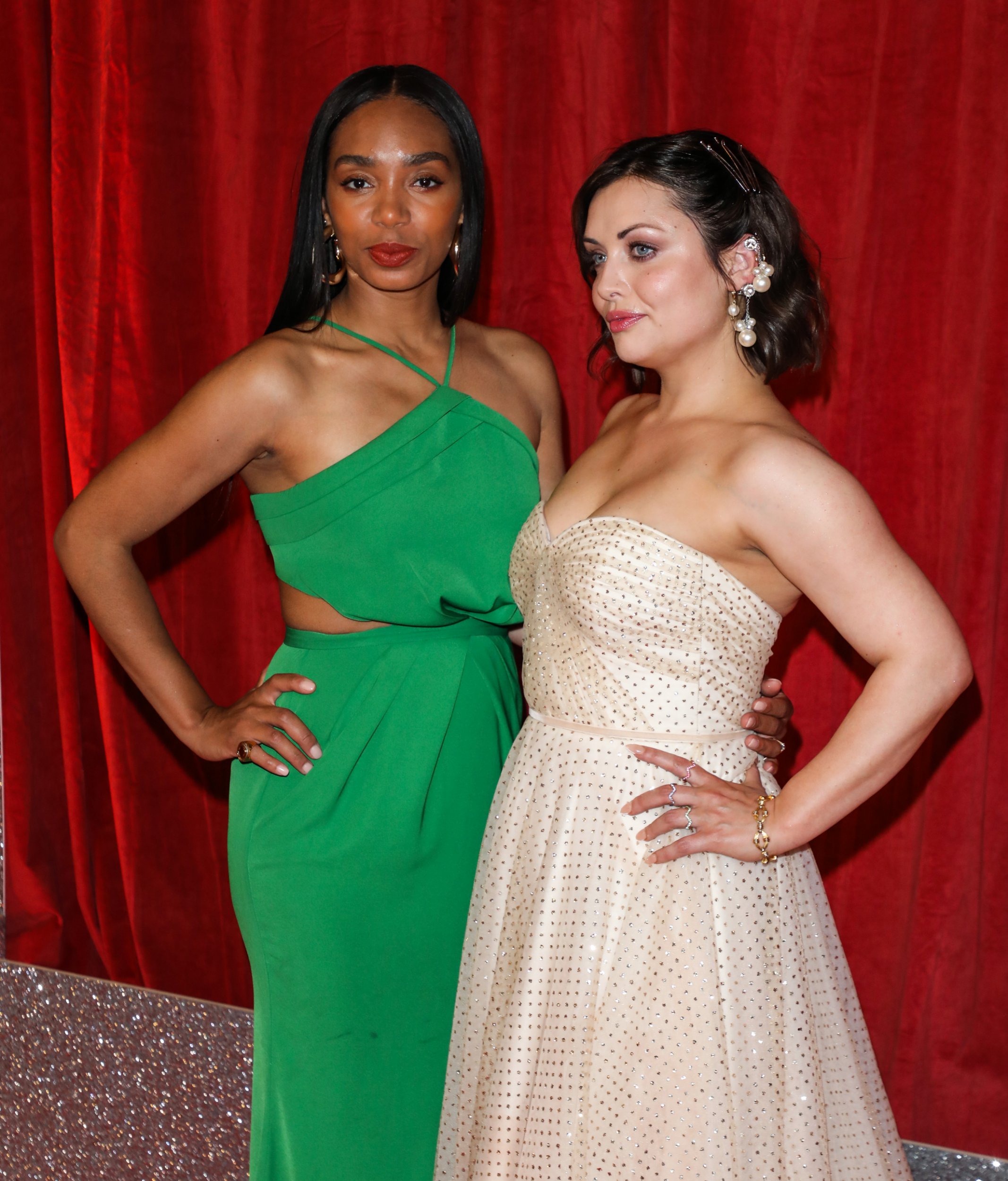 New boss Chris Clenshaw, who took over from Jon Sen, hasn’t been in the role for long and already he’s making his mark.

A few weeks ago, Prince Charles and Camilla featured in an episode and last week, we confirmed 5 characters would be leaving Albert Square.

Speaking to Metro.co.uk at Saturday’s British Soap Awards, Shona told us how she’s feeling about the changes:

‘I’m really excited. Chris has come in and shaken things up. With people leaving, it’s always sad and we are a family, of course!’.

Zaraah, who was stood beside Shona, added: ‘We always know that they’re going to do incredible work so you have to know that the new energy coming in is going to be good, even though it’s tinged with a bit of sadness.’

Teasing what’s ahead for Chelsea and Whitney, Zaraah added: ‘We continue to balance each other out. Whitney’s there to keep Chelsea having a level head and Chelsea’s there to say “come on, Whitney, let’s have fun”. But there’s drama coming in – always drama.’

As we mentioned, the huge-cast shake up this year will see Lola Pearce (Danielle Harold), Stuart Highway (Ricky Champ), Peter Beale (Dayle Hudson), Dana Monroe (Barbara Smith) and Jada Lennox (Kelsey Calladine-Smith) all depart Walford in one way or another.

It’s unknown how each character will leave, but an EastEnders insider recently told us: ‘Whenever a new boss comes in there’s always going to be big changes and it’s no different with Chris.

‘He’s been working hard behind the scenes since January and is really planning to shake things up which means saying goodbye to some characters.’

They continued: ‘It’s nothing personal to any of the cast going, it’s simply a creative decision – for big storylines to happen you have to say goodbye people, that’s the nature of soap.

‘Chris has some really big stories planned and viewers will see his stuff starting to air over the summer.

‘He’s really keen to take the show back to its roots, build up the clans again with some big explosive long running stories. It’s an exciting time to be on the show.’

We also know a new family will make their arrival soon in the form of Avery, Felix and Finlay – Mitch’s (Roger Griffiths) brother and nephews.