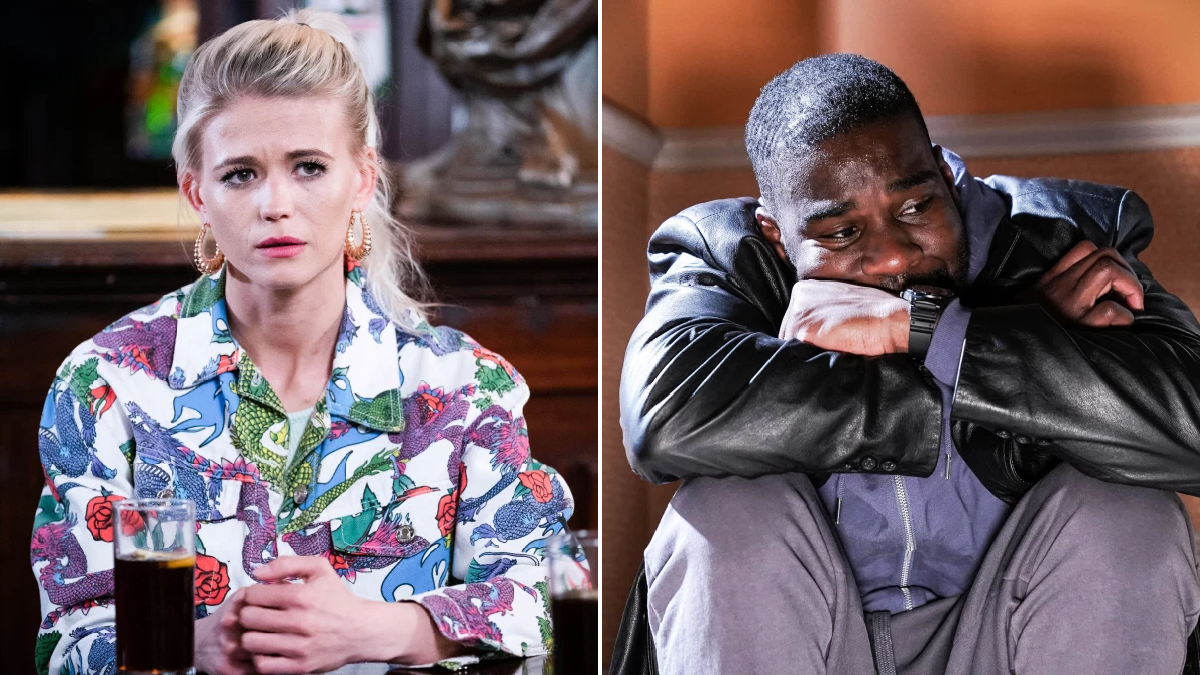 As Isaac developed stronger feelings for Lola, he decided to tell her about his schizophrenia. Initially assuming Lola would leave him, he was taken aback when Lola said she wouldn’t dump Isaac just because he has a mental health illness.

With Isaac in the middle of a schizophrenic breakdown, Lola is doing her best to be the supportive partner, desperately trying to not say the wrong thing.

But as Isaac attempts to prove his theory that Johnny was involved in Paul Trueman’s death; Lola struggles to believe her boyfriend as he’s so unwell.

In intense scenes, Isaac will head over to Ruby’s (Louisa Lytton) as he continues to believe she’s playing a part in Johnny Allen’s cover up story.

As Lola discovers what he’s up to, Danielle Harold has explained how her character is feeling during these moments:

‘She feels a bit alone and separate from his family in the commotion, it’s really hard on her. There’s been little signs of him not being well and she’s been worried about him, but I don’t think she thought it would get this bad’.

Lola hasn’t seen eye to eye with Isaac’s mother Sheree (Suzette Llewellyn), and Danielle adds how the conflicting interests within the family impact how to handle Isaac’s ill health:

‘She does understand why Sheree won’t let her be around but she keeps trying and trying to change her mind.

Lola doesn’t fully understand schizophrenia and what to do but they don’t either, so everyone has different opinions on what’s the right thing to do and then to come together as a family to try and support him as best as they can, it’s definitely hard’.