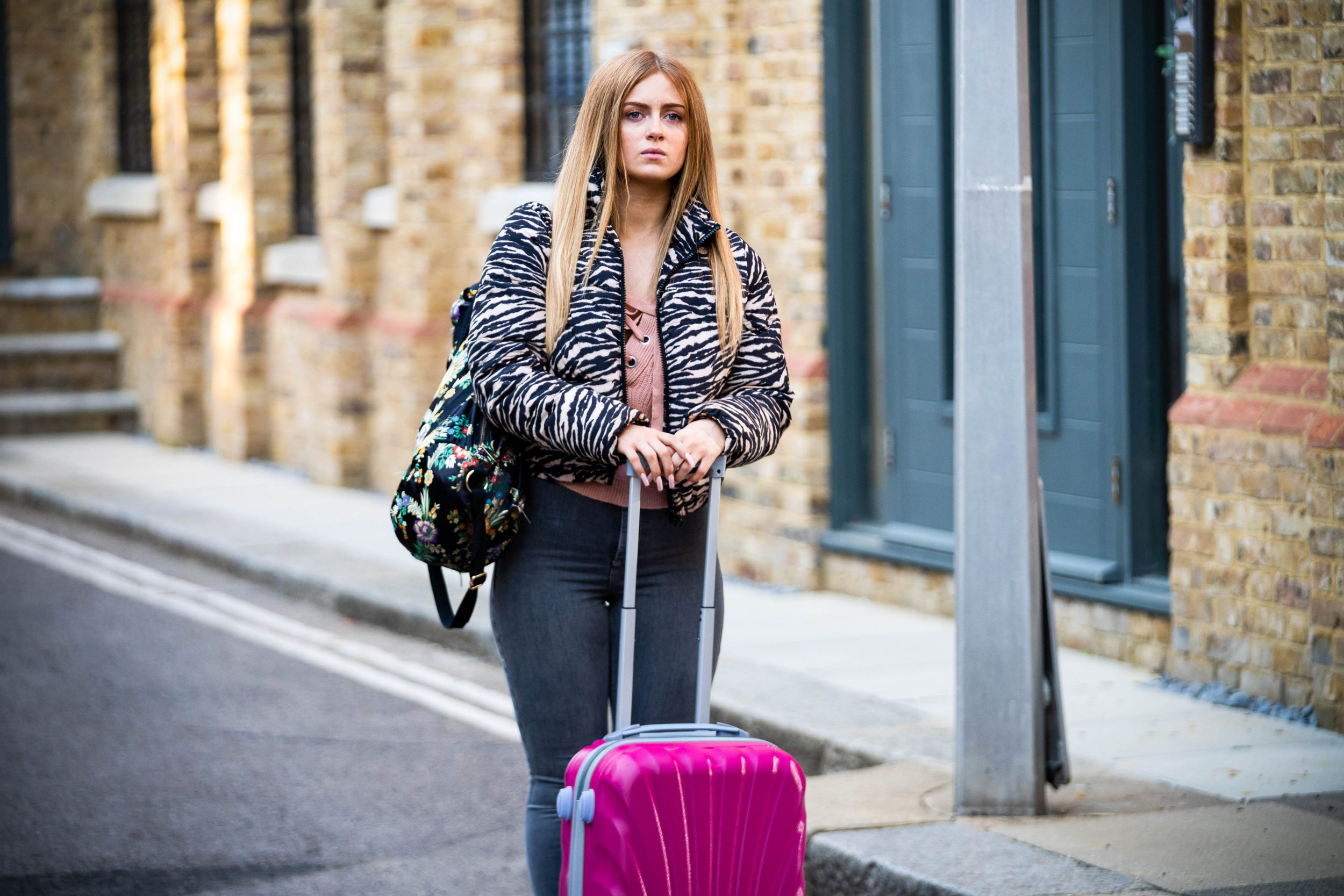 EastEnders star Maisie Smith has been talking about the rumours circulating she is in a relationship with co-star Zack Morris.

Tiffany decided to leave the Square and head off to Germany with brother Liam (Alfie Deegan). She had written a letter to husband Keegan (Zack Morris), explaining how she felt – something which Liam witnessed.

She subsequently gave Keegan the letter, revealing that it contained instructions to meet her by the tube before she leaves.

Keegan, however, opened the envelope to find nothing more than the signed divorce papers, as well as Tiffany’s side of their jigsaw necklace, leaving him devastated.

Unbeknownst to Tiff, Liam had cruelly switched the letter.

As Maisie enjoys her well-earned break, she’s been speaking about what it was like to say goodbye to Tiffany and those Zack Morris rumours:

‘It’s similar to HRVY in that we are just very close. Me and Zack worked every single day together, so we built such a nice friendship, and we meet up’, she told The Sun.

‘Because he’s the opposite sex, people just jump to conclusions that we are an item. We’re actually just good friends.’

Maisie Smith is reportedly set to take part in the latest celebrity version of SAS: Who Dares Wins.

‘Maisie wants to show there’s another side to her beyond the sweet Tiffany she’s been known for playing since she was six,’ said a source.

‘She got a glimpse of life beyond EastEnders in Strictly and enjoyed the freedom.

‘She’d signed up when she told ’Enders bosses she was leaving, and can’t wait to get stuck in and prove her grit,’ the source continued to The Sun.

‘She’s determined to give a good account of herself but knows it’ll be tough.’