Gray Atkins (played by Toby Alexander Smith) showed his true colours when he and Chantelle (Jessica Plummer) arrived on EastEnders, and over the month’s fans have watched as the poor woman has been beaten and bruised. But, in upcoming scenes, some viewers believe Gray is going to lose his temper for the final time putting Chantelle’s life at risk and in a calculated turn of events, blame Whitney Dean (Shona McGarty).

The last fans saw of Gray and Chantelle, the abusive husband was accusing his wife of an affair after his car was taken to Stratford without his knowledge.

At the same time, Gray told Chantelle that Whitney had tried to kiss him after months of working together over her court case, leaving her speechless.

However, a few fans have now come up with some theories, which could see Chantelle killed by her husband when the show returns in September.

One viewer explained: “Gray could lock Chantelle in a cupboard overnight or could refuse to give her food or lock her out of the house in her underwear. 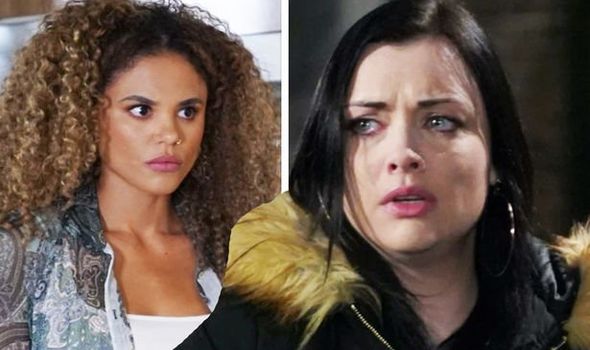 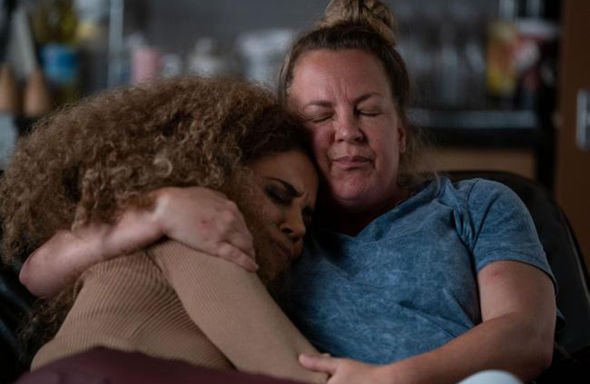 “Or anything that just adds a new dimension to the story.

“Gray killing Chantelle would be a real game-changer and would be very much in keeping with Kate Oates’ style of telling truthful stories.”

Whilst another one added: “I’m just waiting to see if my prediction that Whitney is going to get framed for Chantelle’s murder comes true. It will. Trust me.” 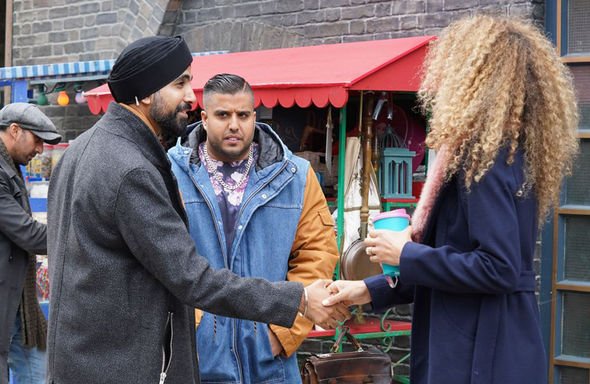 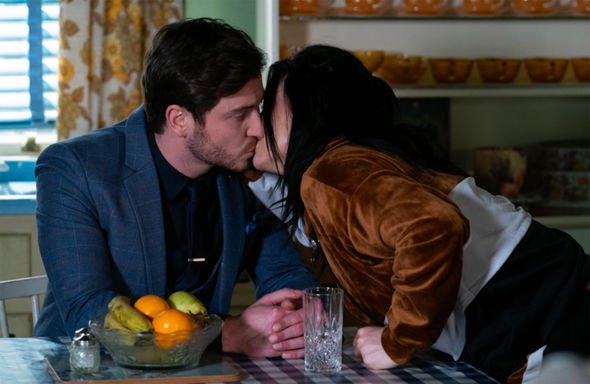 Gray’s attacks have been getting more and more brutal in recent months, but with lockdown, things could get a lot darker.

At the end of the day, Gray can see Whitney is an easy target because she is currently waiting to be put on trial after Leo King (Tom Wells) was killed.

Gray could say Whitney had become infatuated with him and was jealous of Chantelle.

And with people knowing she might have been responsible for one death already, would it take much to convince them she had done it again so soon after Leo’s death?

Before EastEnders bosses ran out of episodes, fans watched as Chantelle threatened Whitney.

The mother-of-two issued Whitney with a dark threat to stay away for good, so there could be a lot of evidence against her, if Gray framed the young woman.

However, all fans want at the moment is justice for Chantelle who has been through hell and back since she married Gray.

Since working with the Panesar family though, there has been a very small light at the end of a long tunnel.

Chantelle has become close with Kheerat Panesar (Daz Jeoul) since he offered her a job, but he has also become a good friend to her.

When Chantelle and Kheerat were trapped in the officers a few months ago, he noticed bruises on her arm, and if they hadn’t been freed Chantelle looked as if she was going to open up to him.

With Kheerat looking out for her, so is Suki Panesar, the matriarch to put all other matriarchs to shame.

Gray went looking to scare the Panesar’s off from meddling in his business, but instead sparked Suki’s suspicions.

Hopefully, the Panesar’s can get to Chantelle before her abusive husband does.

If you or anyone you know has been affected by Chantelle’s storyline, please find more information by visiting the Women’s Aid website or call Refuge on 0808 2000 247, if you feel your life is in immediate danger please ring 999 and ask for the police.

EastEnders can be streamed on BBC iPlayer and BritBox.