Phil (played by Steve McFadden) is currently unaware Callum Highway (Tony Clay) is working alongside EastEnders villain DI Thompson (Philip Wright) to try and get him put behind bars for his countless crimes. This storyline is very similar to the one which aired on the BBC soap in 2002 when undercover police officer Kate (Jill Halfpenny) was tasked with getting the Walford gangster to confess to the murder of his former lover, Lisa Fowler (Lucy Benjamin). However, the pair eventually fell in love and tied-the-knot, but heartbreak was soon on the horizon when Den Watts (Leslie Grantham) had the bad boy framed for assault and robbery. Kate eventually left the Square when her marriage broke down and she joined a police force in Brighton, but almost 15 years after her exit from the BBC soap, is she coming back for revenge on her ex-husband?

Viewers of the weeknight serial drama are certainly convinced she could be set to destroy Phil after watching a scene from one of this week’s episodes.

The moment came as DI Thompson was once again pushing blackmail onto Callum’s shoulders, telling him if he didn’t land the gangster behind bars, Ben Mitchell (Max Bowden) would be going down with his father.

“I don’t want him pushing some poxy charge that is never going to stick, we need to nail Phil for a major crime, send him down for good,” the corrupt police officer said.

“I’m not letting Jack Branning take any credit for sending Phil Mitchell to prison,” he continued, with his young colleague asking why it was so important for Thompson to arrest the Walford bad boy.

“A good mate of mine, a good copper had her career ruined because of Mitchell,” the detective explained, referring to Kate. 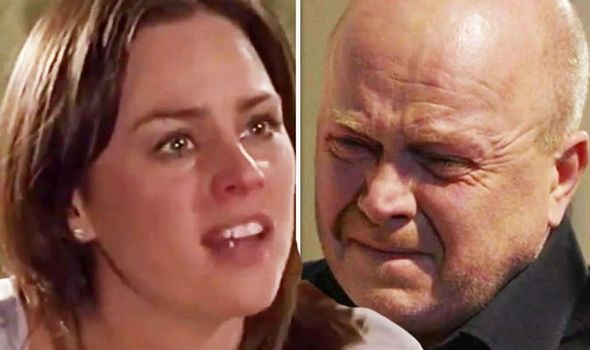 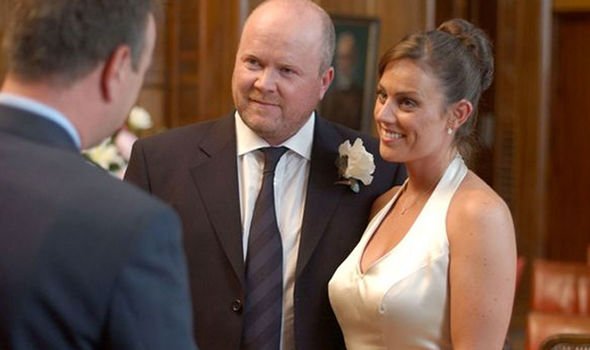 “She got a bit too close and he messed with her head,” Thompson added, and it wasn’t long before fans were calling for Kate’s return.

“So Phil’s ex Kate is going to be the shook return right? #Ballum #EastEnders,” one viewer posted on Twitter, referring to the fact bosses have teased a face from Walford’s past making a comeback this Christmas.

“Yeah it makes more sense now why DI [Thompson] is so obsessed with Phil,” another replied in agreement with the theory.

“Yeah Kate wow that’s a blast from the past,’ a third remarked, with a fourth adding: “Honestly, I wouldn’t be surprised if DI Thompson is secretly working with Kate #eastenders.” 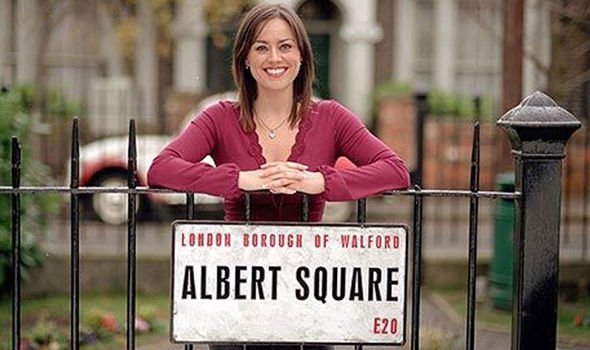 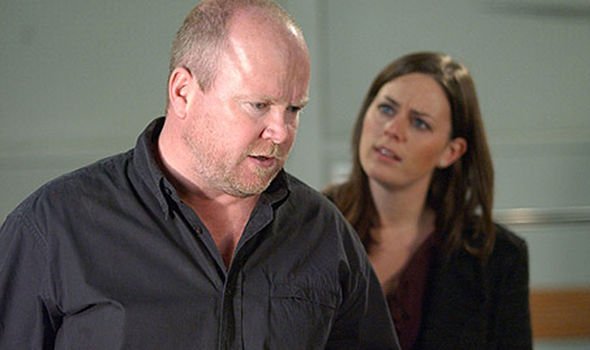 Kate, wow, that’s a blast from the past

“Honestly, it’d be the only thing that makes sense why he wants Phil sent down so bad,” a fifth shared on the social media platform.

It could be, Thompson is actually Kate’s new husband and the pair are working together to get the gangster put behind bars for good.

Christmas would be the perfect time to destroy Phil for good as his arrest could come just as he gets custody of his son, Raymond.

However, will he be shocked to discover not only Callum has betrayed him, but his ex-wife was the mastermind behind the operation?

It was announced back in 2004 the character of Kate Morton was going to be axed after just three years of living on the Square.

At the time, a BBC spokesperson said: “Jill’s contract has come to an end but that is no reflection on her as an actress, producers just felt there was nowhere left for the character to go.

“She won’t be killed off and the door will be left open for her to return,” they told The Mirror, meaning there was always the possibility of a comeback.

With her ex-lover Den dead and her other arch-rival Chrissie Watts (Tracy-Ann Oberman) incarcerated for murdering the latter, Phil is the only other person she could take revenge on.

During her time on the Square, Kate also owned a hairdressing salon, which she closed and sold up before leaving for Brighton.

With Denise Fox (Diane Parish) likely to spend more time caring for Raymond in the coming months, she could look for someone to take over her shares in the salon she opened a little over a year ago.

Kate could make a bid as an anonymous buyer, wanting to set down roots back in Walford to rub Phil’s face in it.

However, if she is unsuccessful in her attempts to destroy the gangster, could she be in danger from his wrath?

EastEnders continues Monday at 8:05pm on BBC One.