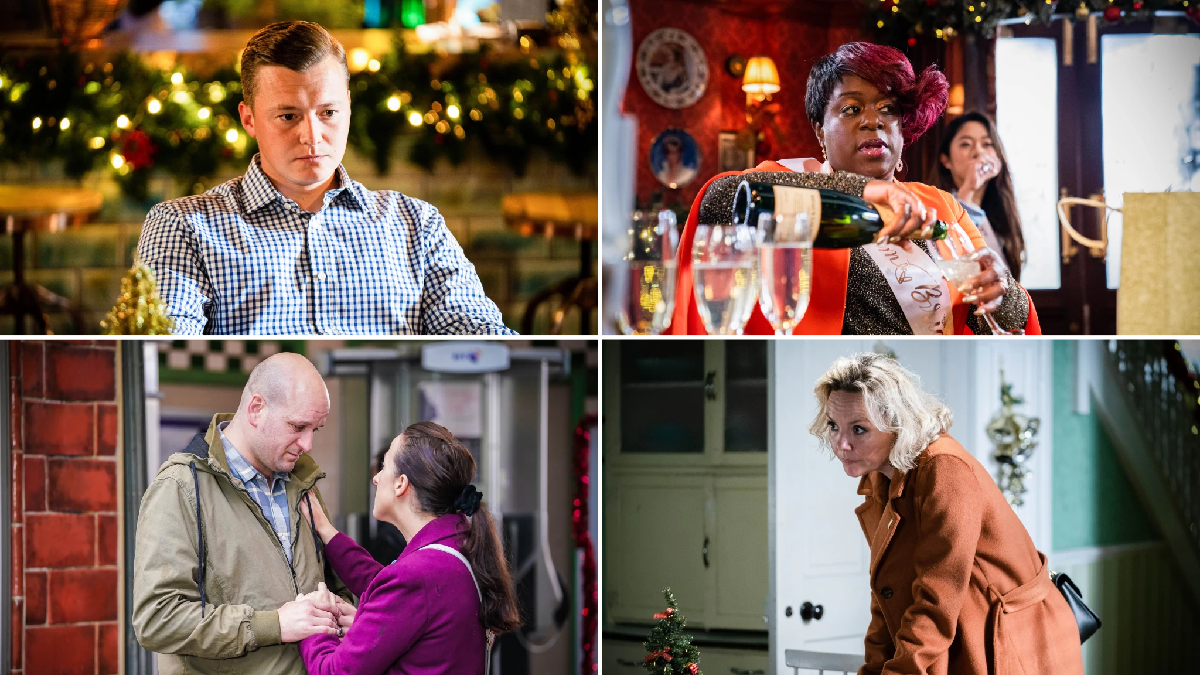 There is trauma ahead for Stuart Highway (Ricky Champ) in EastEnders as he is diagnosed with a devastating illness. As Sonia Fowler (Natalie Cassidy) reaches out, Stuart opens up. But as tension mounts, he snaps.

Meanwhile, Kim Fox-Hubbard (Tameka Epson) is not put off by a threat from Phil Mitchell (Steve McFadden) but she is going to be left reeling when she discovers a betrayal from Denise (Diane Parish).

Kim confronts Phil after speaking to Howie. Phil explains the truth to Kat, who thinks he should tell Kim everything. Phil takes this advice and speaks to Kim, but warns her not to take it further as Aidan is dangerous.

Later, when Kim spots Pearl’s school invoice, she puts two and two together and questions Denise on whether she already knew the truth about Vincent. Kim is devastated when Denise admits that she did.

Rainie spots Stuart behaving suspiciously when he receives a text about his doctor’s appointment. Sonia also spots that something seems to be up with Stuart.

Later, in the doctor’s office, Stuart is shocked to find out the truth.

Stuart drinks heavily at The Vic following his appointment with the doctor. Sonia spots that he’s struggling and decides to take him home.

Stuart confides in Sonia about what’s going on, but when she tries to help him, he snaps.

Denise tries to justify her reasons to Kim about taking Phil’s money, but she refuses to give the full story away.

Jay is confused when a customer confronts him about selling stolen cars. He considers calling the police, but Janine warns him that his name is on all of the forged documents.

Jay confronts Billy about the car scam. However, Billy, Janine and Liam are all in for a shock when Jay announces that he wants to be part of it himself.

At the same time, Liam is intrigued to hear that Tiffany will have a group of rich customers at her next party that night. He decides this is the perfect opportunity for one last big job.

Sonia encourages Stuart to tell Rainie the truth, but he refuses. Sonia decides to accompany Stuart to his latest appointment instead. Rainie is suspicious to see them spending time together and confronts Stuart.

Kim gets upset when she hears Denise and Kat talking about the money that Denise now owes Phil.

Dana considers converting to Islam and seeks some advice from Iqra.

Aaron causes more trouble by getting inside Bobby’s head about his role in Christmas festivities as a Muslim. Bobby’s anxiety grows and Dana isn’t happy over Aaron’s behaviour. Aaron isn’t pleased when Dana then reveals her plans to convert.

Eve and Stacey tell Kioni about the horrors of prison life. Mila rebukes the pair for this, pointing out that Kioni is now upset over what their mum may go through. Later, some words from Eve leave Mila wondering whether she should let Kioni visit her mum.

Tiffany is devastated when the finger of suspicion points at her.

A worried Liam admits the truth to Billy and Janine.