Mick Carter (played by Danny Dyer) and Linda Carter (Kellie Bright) were childhood sweethearts but their marriage could be set to face a huge test when a ghost from the former landlord’s past comes back to haunt him. As EastEnders prepares to return to screens, the BBC soap released a behind-the-scenes video that showed Mick engage in a tense conversation with Frankie Lewis (Rose Ayling-Ellis) but could the newcomer share a personal connection to Mick?

In the clip, Ruby Allen star Louisa Lytton gives fans a glimpse of how the BBC soap has adapted to social distancing restrictions.

As Louisa takes a trip around the Square, some eagle-eyed viewers spotted newcomer Frankie.

Frankie was introduced by Callum Highway (Tony Clay) earlier this year but in the clip, she was seen enjoying a conversation with Mick in Ruby’s club.

Viewers were overjoyed to see the new character will feature in upcoming episodes. 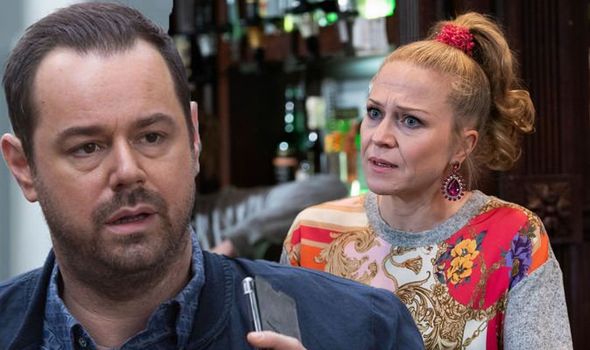 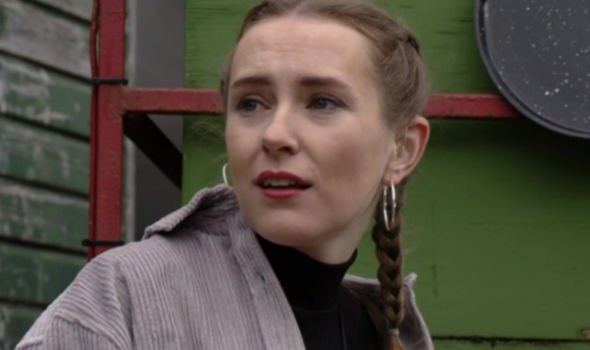 One excited viewer tweeted: “Frankie is coming back!”

While a third added: “I don’t know if it was just me… but I swear I saw Frankie in the behind the scenes video… oh my gosh pls tell me Frankie is gonna be a regular #EastEnders.”

Someone else suggested: “So is Mick gonna ask Frankie for help with Ollie? As in possibly giving him some signing abilities to help with expressing himself? Or are they just gonna [have an affair]? Or is Frankie Mick’s long lost daughter? Haaaa. #EastEnders.” 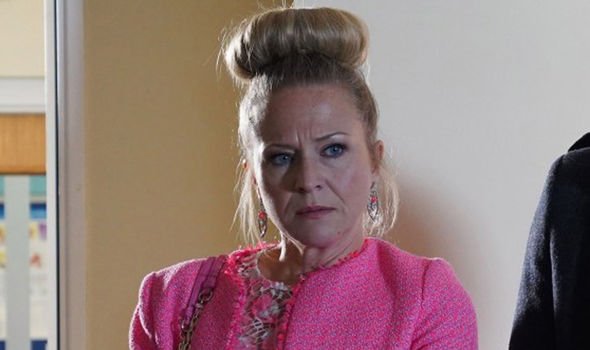 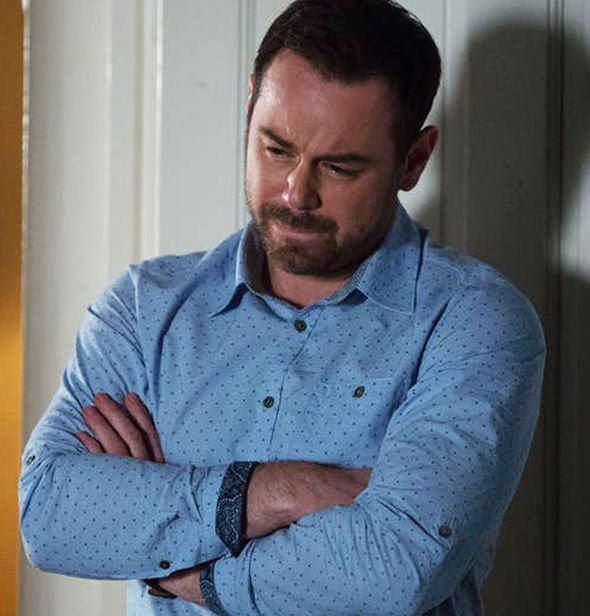 Mick and Linda have been through some testing ups and downs in the last year as the landlady struggled to get a hold of her alcoholism.

However, as they prepare to make a new life for themselves away from the Queen Vic, will Mick have to face his long-lost daughter?

Callum introduced Ben Mitchell (Max Bowden) to Frankie in an attempt to help his boyfriend come to terms with his deteriorating hearing.

It wasn’t made clear whether Frankie lived in Walford or knew anyone else on the Square.

But, the soap has teased a secret connection with Mick and it may be only a matter of time before she’s revealed as his daughter.

During Mick and Linda’s Secrets From the Square special, Danny teased there would be “testing times” for the couple.

Recently, Head of Continuing Drama for the BBC Kate Oates and Executive Producer Jon Sen confirmed the Carters will be involved in a lot of drama.

Jon revealed: “We’ve got a big story coming up for the Carters.”

“I think it puts Mick’s anxiety that we played last season into context and kind of explains where that came from,” Kate added.

Will the couple be able to get through another tough year or will their marriage break under the pressure?

EastEnders returns September 7 at 8pm on BBC One.