And then we talked about donuts for a while 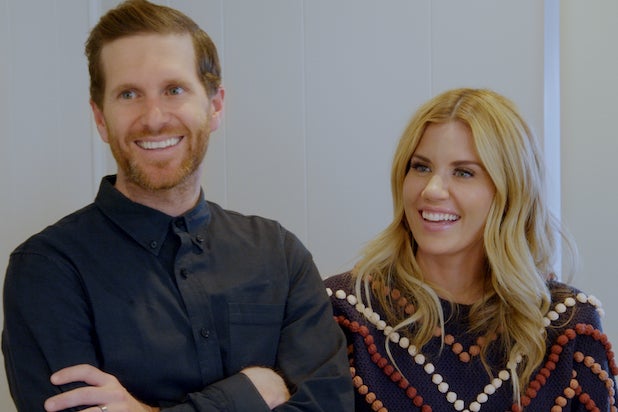 After binging the entire season of Netflix’s “Dream Home Makeover” (thanks, screeners!), we had a bunch of questions for Shea and Syd McGee. One in particular plagued us a bit. So Shea is a rockstar interior designer, but what exactly does Syd do?

“Like in real life?” Syd, whose sense of humor shines throughout the episodes, responded.

“I oversee everything that’s, like, not pretty,” he explained. “So hiring, firing, managing the team, managing budgets, when the crap hits the fan…just kind of the general all-around running business, but then making the projects come together with whatever it takes from the backend, so Shea can deliver a pretty finished product.”

“I could put up a towel rack and it will stay up, but that’s kind of it,” Syd said.

That’s OK, Syd and Shea have 110 employees. That leaves a lot of workers for Syd to oversee, and enough to hang stuff one step trickier than towel racks.

“It’s hard to show those human resources meetings on camera,” Shea said. “He ends up tagging along, he makes everyone feel comfortable on camera and he’s really good at that, so he ends up being my sidekick. But outside of filming, his job is to run the company.”

Now that that’s cleared up, let’s talk about donuts for two minutes. On that all-important topic, Syd wants you to know he’s “not eating a donut every day,” but “when it’s game time, it’s game time  — and I’ll go hard.”

He then got really into the specifics, prompting wife Shea to say, “You really hit his love language here.”

Netflix’s “Dream Home Makeover” melds together the personal side of the McGees, what it’s like to raise their two daughters and build their own dream home, along with the day to day of running a successful business, according to Netflix’s description. Each episode features one home design project that ranges from budget-friendly living room upgrades to full home renovations where money isn’t an object.