The rapper, 32, announced dates to his massive UK and EU tour – which will take place in March and April – this morning. 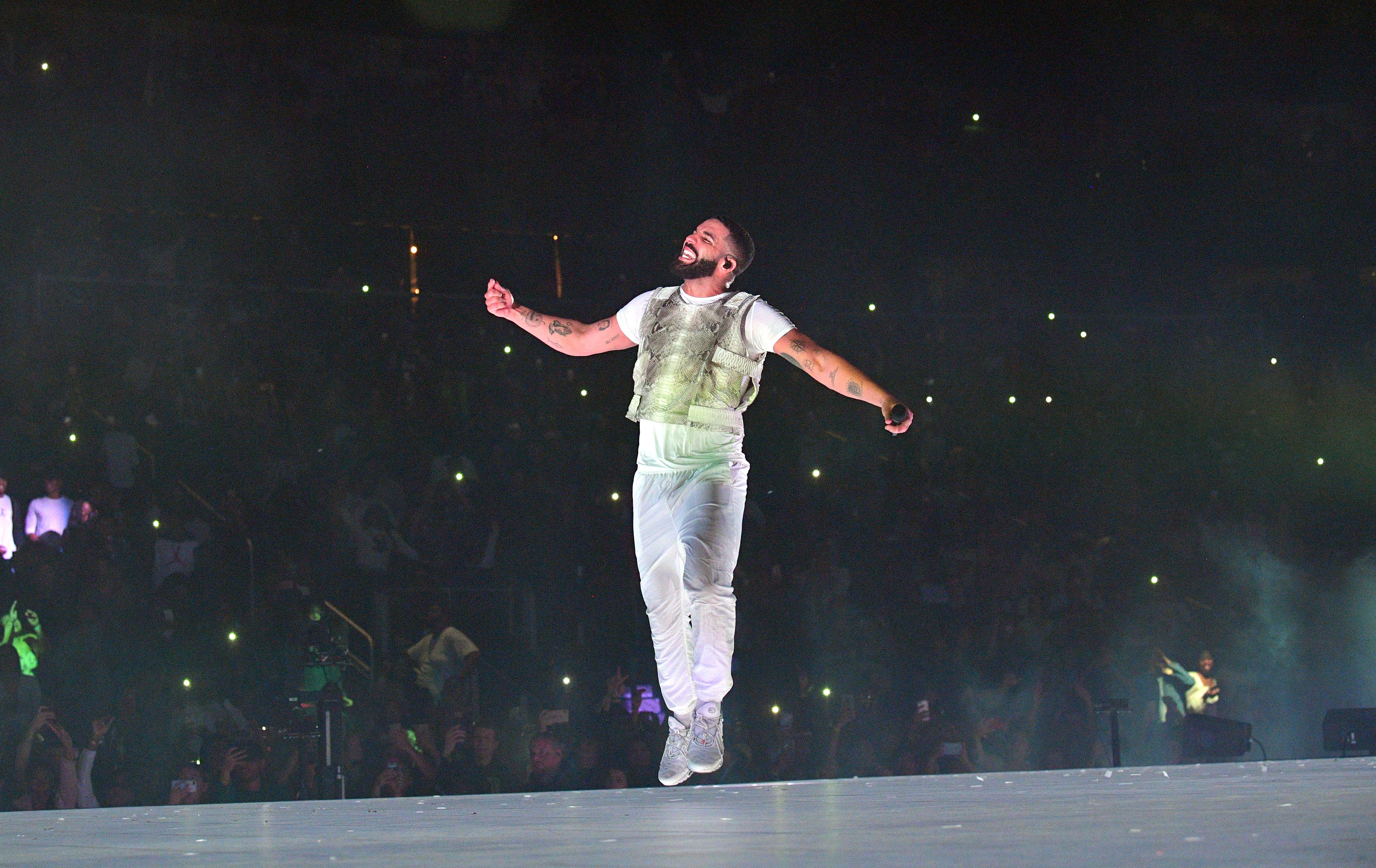 And while tickets go on sale Friday, See tickets has listed the eye-watering prices for the concerts.

Standing tickets for the April dates at the O2 are listed at an infuriating £140 – however, some seated tickets are available at £53.60.

While standing tickets for Birmingham and Manchester are listed a teeny bit cheaper at £139.45 and £139.55.

One fan tweeted: "How tf are tickets to see Drake for standard GA standing a whole £140. I'm speechless." 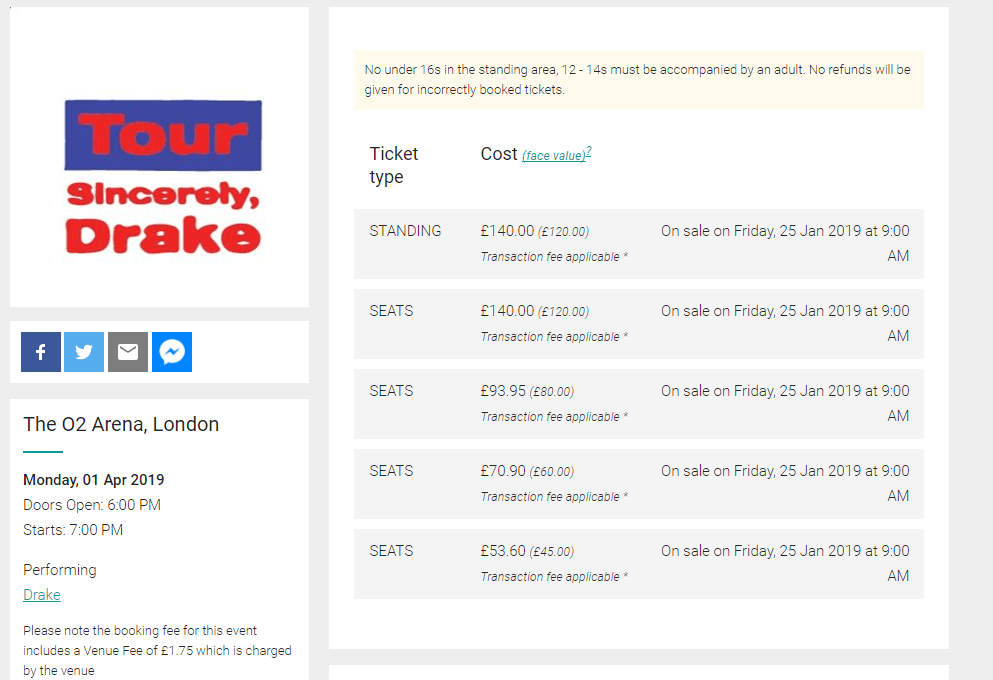 Another said: "£140 for a standing Drake ticket? Forget it."

One fumed: "F*** off Drake with those UK tour ticket prices."

And another added: "As someone who has 2 (yes 2) framed portraits of Drake in their bedroom I can safely say, he is not worth the £140 ticket price, ESPECIALLY for the O2."

Yet another user vented: "How can @Drake justify charging ONE HUNDRED AND FORTY POUNDS for a standing ticket. Absolutely embarrassing."

For each night, Torey Lanez will support, and BBC 1Xtra DJ Tiffany Calver will play an 'opening sound set'.

The Toronto musicians’s last album Scorpion came out in August, which went on to become one of the top ten best-selling albums of 2018.

Drake last toured the UK in March 2017 for his fourth album Views.