Indian variant could be ‘not as transmissible’ reveals Dr Hilary

Dr Hilary Jones spoke on Good Morning Britain about the possibility of relaxing measures further despite the concerns around the coronavirus Indian variant. He said that new data has suggested that the Indian variant is not as transmissible as was first thought. He highlighted that when it arrived back in the country it was able to spread quickly due to individuals living in multi-generation homes.

He said this was the cause of the variant spreading more rapidly in the UK not because it had higher transmissibility than the dominant variant in the UK.

He said: “Yes there has been a huge worry about the current Indian variant.

“Current data would suggest that it may not be 50 percent more transmissible than the current dominant strain.

“It may be 20-30 percent more transmissible which would be easier to constrain.” 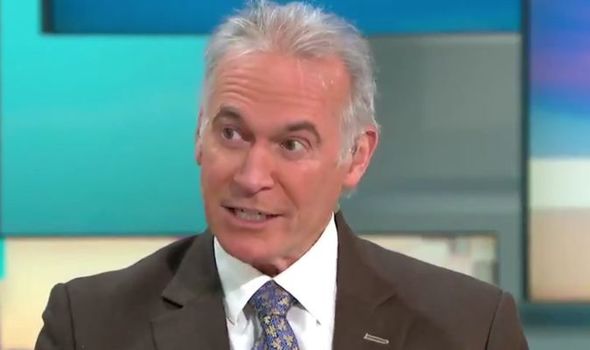 Dr Hilary then explains why the Indian variant was initially believed to be more transmissible than it was.

He said: “They talk about something called the founder effect which means the Indian variant was brought into the UK by small numbers of people living in intergenerational households where it spread rapidly.

“This was happening not because of the transmissibility of the variant itself but because they were in contact with a large number of people which was unusual.

“So it may not be as transmissible as first thought which is encouraging.

“This would mean that we are more likely to reach the June 21st easing of lockdown restrictions.”