There’s a fan theory popular among a sector of James Bond fandom that spectacularly reinvents the very idea of agent 007’s identity.

It’s never been confirmed as canonical by any of the British spy’s big-screen outings, but if the film franchise were to embrace it, this theory could feasibly present a gateway to introduce the first ever female Bond. (Other than by simply starting afresh, of course, which is also an option.)

The supposition goes like this: what if James Bond as played by Sean Connery is not the same person as that portrayed by Roger Moore? What if Timothy Dalton’s 007 is actually an entirely different person to Pierce Brosnan’s? 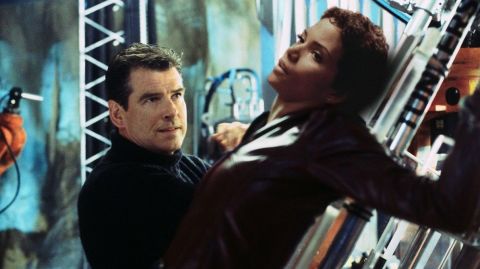 Invented by fans as an in-universe way of accounting for Bond’s various face-swaps, the theory suggests that “James Bond” is as much a codename as “007” and that a series of different MI6 agents have adopted the mantle over the years, each one presumably stepping up after his predecessor is killed on a mission.

This hypothesis does help to explain away a few continuity issues with the early Bond films: how can Connery’s version possibly be the same as, say, Brosnan’s, given that both men are roughly the same age, but the former’s adventures are firmly rooted in the early 1960s, while the latter’s very specifically take place in the 1990s, after the Cold War has ended? 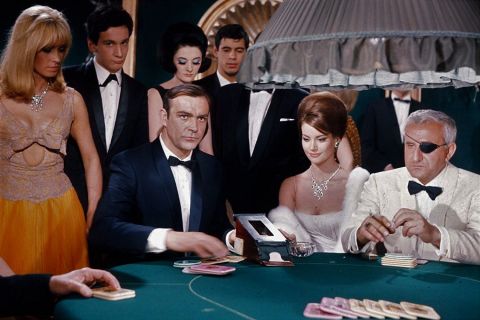 The idea that “James Bond” is an alias would also quash that common criticism of the character’s modus operandi: why would a secret agent introduce himself to power-mad super-villains using his real name?

Before we get ahead of ourselves, though, it’s important to note that the theory also has some holes. Like, “hollowed-out volcano”-sized holes.

If each screen Bond is a different person, why do they all adopt broadly the same personality, right down to their favourite tipple, the medium dry Vodka Martini? What are the odds that every single 007 would be a rampant womaniser, each with the same high-class taste in tailoring?

Or, to cite a more specific example, why would Roger Moore lay flowers on Teresa Bond’s grave in the opening of For Your Eyes Only unless he was once George Lazenby? Why would Teresa even have “Bond” on her grave if it was an official alias?

And how do we account for the other characters in the series – from Moneypenny to Felix Leiter to Blofeld – who also change their face? Are we to understand that they too are in fact a series of different people, all linked by a common alias?

Reflecting on the original run of Bond movies, from Connery’s first – 1962’s Dr No – to Brosnan’s last – 2002’s Die Another Day – the theory doesn’t hold water.

But that isn’t to say that, in the post-Daniel Craig era, a tweaked version of it couldn’t work.

While the previous films had all maintained a loose continuity of sorts, essentially by each pretty much ignoring the passage of time, Craig’s debut – 2006’s Casino Royale – was the first movie to explicitly ignore the events of earlier films, being a reboot that reintroduced 007 as a rookie agent. It’s made absolutely definitive that Craig is not playing the same Bond as Connery, Brosnan, Moore et all. He doesn’t even exist in the same fictional universe as his forebears.

With continuity reset, the new wave of films could more easily embrace the “James Bond is an alias” idea when Craig departs the franchise after the next film in the series.

True, Craig’s character is referred to as “Bond” in Casino Royale before his killing of a turncoat MI6 section chief earns him a spot on the 00 section, but there’s no reason why the “Bond” codename and the “007” tag couldn’t have been applied at different times.

Craig’s character visiting the Bond family estate in Skyfall is trickier to sidestep – but perhaps this was just an elaborate ruse, with his childhood dwellings refitted as the former home of the Bond clan to help maintain his alias?

Alright, so it’s still a bit of a stretch – but there’d certainly be fewer continuity issues to unravel than previously were Craig’s agent to pass the James Bond mantle on to another character. All of which brings us back to our original point: why not have Craig’s retiree pass the Bond baton over to a female spy?

We live in an age of a female-fronted Doctor Who, of the Star Wars movies being fronted by a female lead, of Wonder Woman utterly demolishing its box-office rivals. This could be the perfect opportunity for the Bond films to avoid being left behind – 007’s one shot at a dramatic reinvention that might guarantee the ageing franchise another 50+ years of success. 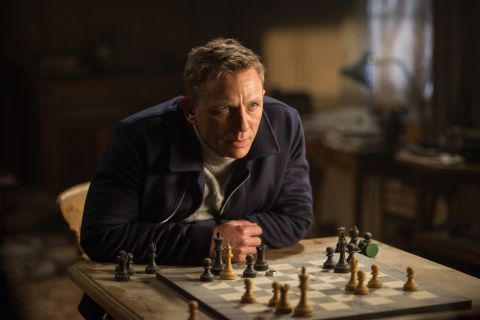 And, for the cynics out there, it would entirely quash the recurrent issue of whether Craig’s replacement is “right for the role”. Because the switch would firmly establish that there is no ‘real’ James Bond, and no fixed set of physical characteristics that the next actor would need to match.

By eradicating all notions of what Bond “should” be, Craig and his successors would all be equally, undeniably valid. From that point on, James Bond could be anyone.

For agent 007, a man’s world might no longer be enough. This would be both a dismantling and a thrilling rebuilding of the character from the ground up, setting Bond in good stead for, hopefully, many new adventures to come. 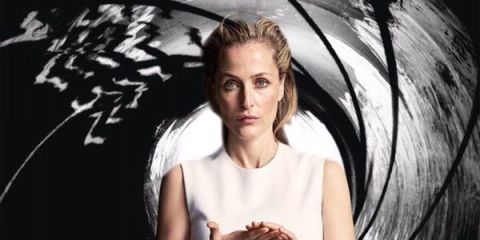