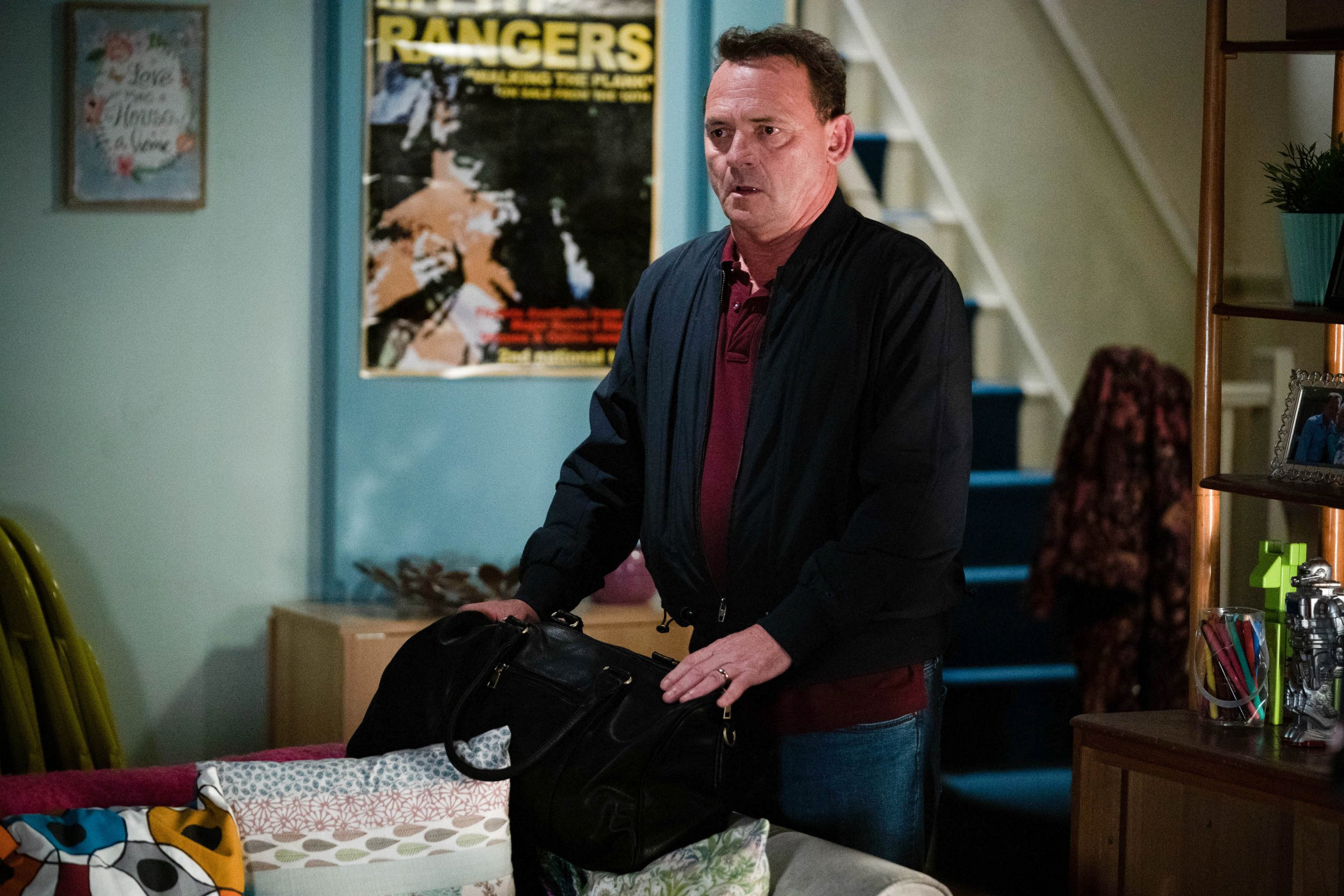 Billy Mitchell’s (Perry Fenwick) freedom is at stake in EastEnders, as he faces a life behind bars for a crime he did not commit.

The market trader and long-time resident of Walford, as viewers know, is due to stand trial for the historic murder of Malcolm Keeble, who was killed during a warehouse showdown in the 70s.

Billy is innocent of the crime, with a special flashback episode having revealed that Mitchell patriarch Eric was the one who killed the man in question, but Billy procured the firearm used in the robbery, hence why vengeful DCI Keeble (Alison Newman) is targeting him.

Yes, Keeble is determined to see the Mitchells suffer for what they did, and therefore she forced Phil (Steve McFadden) to grass on his own cousin, after using Kat Slater (Jessie Wallace) as a pawn in a bid to get the hard-man to turn.

Phil, however, devised a plot to get the upper hand, assuring Billy that he will not go to prison. But with his plan having backfired – and Kat and Tommy Moon (Sonny Kendall) in serious danger as a result – it’s not looking good for Billy.

Billy is convinced that he’s going to prison, having come to believe that Phil has failed in his mission to secure his freedom.

Wednesday’s (January 4) offering of the serial drama saw the market trader tell Honey (Emma Barton) that he intends to plead guilty, despite being innocent, as this will likely guarantee him a shorter sentence.

He subsequently said goodbye to son Will (Freddie Phillips) and Honey, preparing to go away for a long time.

But is this really the end for Billy? Be warned, major spoilers ahead, as Thursday’s (January 5) outing of the BBC One soap is already available on BBC iPlayer.

Is Billy going to prison and is Perry Fenwick leaving EastEnders?

No, Billy doesn’t go to prison in EastEnders, nor is Perry Fenwick leaving the show.

During Thursday’s offering of the serial drama, he says his goodbyes to his loved ones, before sharing a special moment with Jay Brown (Jamie Borthwick), one in which he apologises for the way he treated him when he was with Honey last year.

Billy then sets off to court, ready for his trial to commence, intent on pleading guilty.

Phil, meanwhile, manages to track down Kat, who had shot Keeble, and he promises the corrupt detective that he will get her medical attention – that is, if she calls her witness and tells them not to testify in court.

Keeble resists at first, but ultimately she reconsiders, doing as Phil asks, meaning Billy is off the hook. Phil therefore takes Keeble to the hospital, where she is treated for her injuries.

Billy, meanwhile, returns home and reunites with his family, where he reveals the good news.

EastEnders continues Thursday January 5 at 7:30pm on BBC One.