Two movie directors, both of whom have dated actress Charlotte Kirk, attempted to extort veteran Hollywood executive Ron Meyer, according to two individuals with knowledge of the drama that led to the mogul’s abrupt ouster as vice chairman of NBCUniversal on Tuesday.

Neil Marshall, the director of 2019’s “Hellboy” who is currently dating Kirk, and Joshua Newton, a former boyfriend of Kirk’s whose credits include the 2009 Roy Scheider film “Iron Cross,” separately contacted Meyer in the past year demanding money and threatening to expose Meyer’s extramarital affair with Kirk from eight years ago, the individuals said.

For nearly a year, Meyer had been in individual negotiations with the directors, each of whom threatened to file lawsuits that exposed his affair and that named Comcast, the parent company of NBCUniversal, in an attempt to pressure Meyer into greenlighting one of their movie projects, the insiders said.

Meyer and NBCUniversal both declined to comment for this story.

Marshall flatly denied the accusation. “The allegations concerning me, Ron Meyer and Comcast have no basis in fact,” he said via email. “They are malicious and harmful, and you should not be a party to spreading false statements you now know are untrue.”

Newton, who dated Kirk for five years and cast her in the lead role in his already completed film “Nicole & O.J.,” did not respond to an email or phone calls seeking comment. 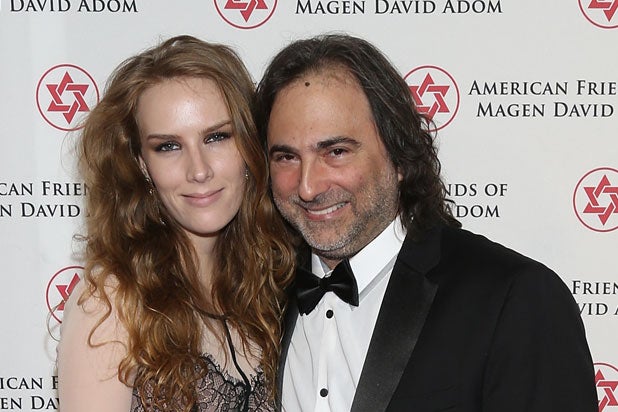 On Tuesday, NBCUniversal CEO Jeff Shell announced that Meyer had disclosed the extortion attempts last week and that the 75-year-old would step down from the company after a 25-year run.

Kirk is the same actress whose later affair with Kevin Tsujihara between 2013 and 2014 led to his own ouster as Warner Bros. CEO last year after word of the relationship and Tsujihara’s subsequent efforts to advance Kirk’s acting career surfaced in the press.

Meyer, who had an affair with Kirk when she was roughly 20 years old and new to Hollywood, advised the young actress when she was seeking a settlement from Tsujihara and other related individuals whom she claimed had promised her movie roles, according to two individuals with knowledge of the matter. A lawyer for Tsujihara denied that he had ever made a settlement with Kirk.

However, a monetary settlement was ultimately struck with James Packer, the billionaire movie financier who works closely with Warner Bros. and was then partnered with director Brett Ratner on the production company Ratpac-Dune Entertainment, a third knowedgable individual told TheWrap. Kirk had also dated James Packer, according to texts published by The Hollywood Reporter.

The amount and timing of that settlement are not known. Reps for Packer and Kirk did not respond to requests for comment.

According to two insiders, Kirk later regretted the terms of that settlement and blamed Meyer for the sum she received. She demanded that Meyer pay her to even the score, they said, and threatened to expose their affair to the media if he refused. Rather than risk public embarrassment, Meyer chose to pay Kirk an undisclosed amount of money — and did not tell Comcast at the time, two insiders said.

Meyer reached out to the FBI for assistance on the two directors’ extortion attempts, two individuals familiar with the matter told Variety. The FBI would not confirm or deny whether there is an investigation into the matter. 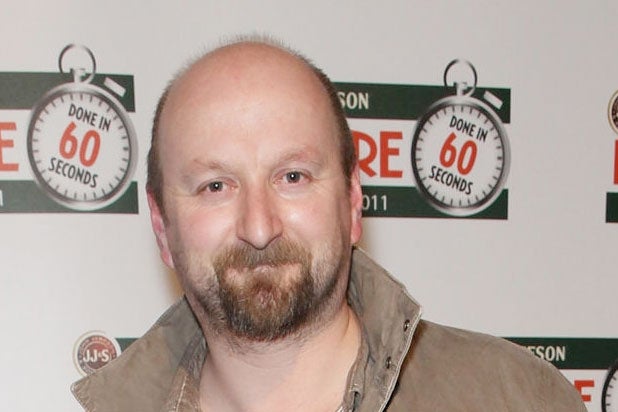 According to THR, there was an “increasingly desperate struggle” among Tsujihara, Packer and Ratner to “manage Kirk’s urgent demands to be cast in movies and TV series.” She was subsequently cast in small roles two Warner Bros. movies, 2016’s “How to Be Single” and 2018’s “Ocean’s 8.”

Genre director Neil Marshall first broke out with 2002’s indie horror cult classic “Dog Soldiers” and followed that up with 2005’s “The Descent,” which cemented Marshall’s place among “The Splat Pack” — a collective of indie filmmakers who write, direct and produce R-rated horror films known for their low budgets and use of violence. Marshall went on to direct television episodes and directed the very popular “Blackwater” episode of “Game of Thrones.”

Marshall’s direction of “Game of Thrones” season 4’s penultimate episode “The Watchers on the Wall” garnered him an Emmy Nomination for Outstanding Directing for a drama series. Marshall soon followed with last year’s troubled Lionsgate reboot of “Hellboy,” a fraught production on which TheWrap exclusively reported. Marshall would go on to direct Kirk in the horror movie “The Reckoning,” which is scheduled to screen this Thursday at Canada’s Fantasia Film Festival.

In 2019, Newton told the Daily Mail he was deeply in love with the actress but cast her as Nicole Brown Simpson in his O.J. Simpson film for professional reasons: “‘Charlotte and I were together for five years and it would be difficult to argue that it didn’t influence me. But she was given the role on merit and for all the right artistic reasons.”

Umberto Gonzalez contributed to this report.