We’ve got questions, and you’ve (maybe) got answers! With another week of TV gone by, we’re lobbing queries left and right about lotsa shows including The Time Traveler’s Wife, S.W.A.T., This Is Us and Stranger Things! 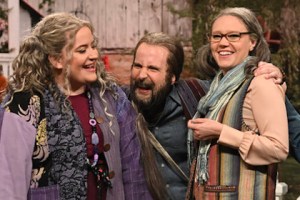 1 | Was “Grey Adult Pigtails” really the best Saturday Night Live could do for Kyle Mooney’s sendoff sketch? (For anyone doubting that’s what it was, Kate McKinnon’s character said she met Mooney’s Richard “nine years ago at a white Buddhist temple for swingers,” a low-key tip of the hat to Mooney’s nine seasons on SNL.)

2 | Whodathought that between This Is Us‘ “train episode” and NCIS: Los Angeles‘ season finale, Gerald McRaney would play a key role in not one but two of this spring’s biggest “happy tears” moments? 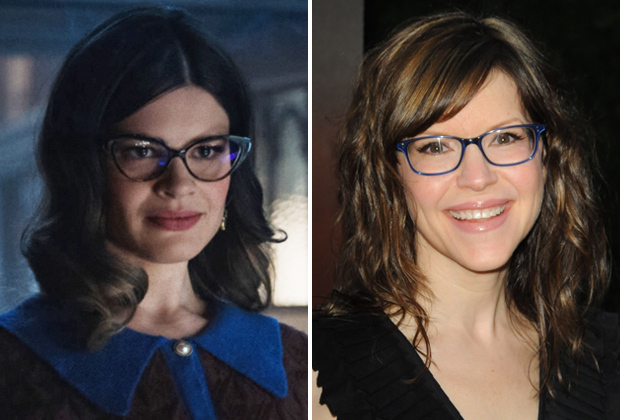 When will Riverdale reveal Heather to be Lisa Loeb’s evil twin? And would that even be the most ridiculous plot twist on this show?

4 | Now that Lina Esco has left S.W.A.T. just as Chris and Street decided to pursue a relationship, will next season establish that the long-simmering couple quickly flamed out?

5 | TVLine reader TD has many questions about The Time Traveler’s Wife Episode 2: “If Henry keeps traveling back to some of the same events over and over again, how come no one else ever notices multiple versions of the same person, though looking slightly younger or older, in the area? Adult Henry seems to have run into his mother many times, so how come she never seems to recognize him as the same odd guy she’s met before? And how does Henry actually know that he can’t change the past?”

6 | Even though We Own This City‘s FBI agents Erika Jensen and John Sieracki are based on real people, wouldn’t you watch a spinoff centering them?

7 | Were you surprised to see The Neighborhood’s Marty propose to Necie so soon? She’s been in all of four episodes!

8 | First Hector Elizondo joins B Positive, then Jonathan Adams appears on Bob Hearts Abishola…. Who will be the next Last Man Standing alum cast in a Chuck Lorre sitcom? 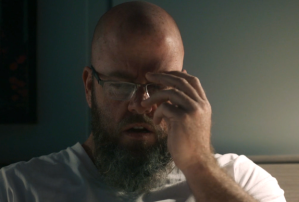 9 | OK, This Is Us‘ series finale: 🅐  Don’t you wish the final season had taken some time to show us Kate’s journey — going back to school and getting her master’s degree, designing an arts curriculum for the state of California, taking said curriculum international (!) and opening more music schools for visually impaired kids — rather than just tell us about it? 🅑 we are to assume Kevin never took another acting gig after The Manny revival ended? 🅒 Wouldn’t an administrator at Randall’s school have phoned Rebecca and Jack to notify them of their son’s mathletes suspension vs. merely sending him home with a note? 🅓 So… we guess the fact that Toby was down and out — and not wearing a wedding ring (see photo) — when Randall first called him to talk about Rebecca’s impending death meant that he was having an off day (and maybe had just applied hand lotion)? And 🅔, was the choice of final image (Jack with young Randall) kinda odd and lackluster?

10 | New Amsterdam fans, do you suspect something happened to Helen’s mom (or something like that) and that’s why she didn’t get on the plane? If not, then what was with the “Today has been… I have no words” message she sent to Max?

11 | If The Flash‘s Barry had in fact selflessly given his life this week to thwart Orloff’s plan… would there have been anyone left to find/save Iris?

12 | On the season finale of Survivor, had Lindsay been in the Final 3 alongside Maryanne, do you think she have won the game instead? And how do you feel about the show continuing its winner reveal from the jungles of Fiji?

13 | TVLine reader Kevin asks via email, “In the fight scene between Chicago Fire‘s Severide and Campbell’s thug, wouldn’t the window in a skybridge be much stronger and support a man falling against it?” Also, is there an extended cut of Stella and Severide’s wedding reception? Asking for a friend. And are you frustrated that the show is still waffling when it comes Casey and Brett’s future? 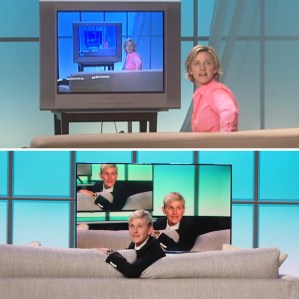 14 | Conflicted feelings about Ellen DeGeneres aside, this was a pretty nice full-circle moment, right?

15 | If The Flight Attendant‘s Megan was flying under the radar (no pun intended), why would she travel on the same airline for which she used to work and thus is known by many employees?

16 | After Grey’s Anatomy‘s Owen worked so hard to shield Teddy from his illegal activities, why on earth did he bring her to his rendezvous with John? Also, weren’t you kind of sorry that we didn’t get to hear Skylar Astin’s Todd break into post-coital song? 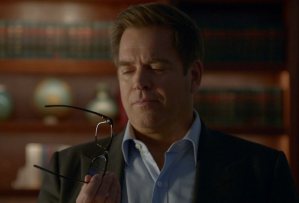 17 | Do you have to be a conspiracy theorist to think that Bull taking off and leaving behind his glasses was a sign that Michael Weatherly is ready to play NCIS‘ DiNozzo again?

18 | Wouldn’t it have made more sense for The Tonight Show’s Stranger Things rap recap of Seasons 1-3 to air earlier than Thursday night, seeing as how most people will have found it online the morning after, hours after Season 4 had already dropped on Netflix?

19 | Not to spoil anything from Obi-Wan Kenobi Episode 1, but would a child’s toy droid really have a buzzsaw feature? Seems dangerous!

20 | Not to spoil anything from Stranger Things‘ early episodes, but isn’t Murray, a paranoid conspiracy freak, the last person you’d expect to see use a cordless telephone?

Hit the comments with your answers — and any other Qs you care to share!