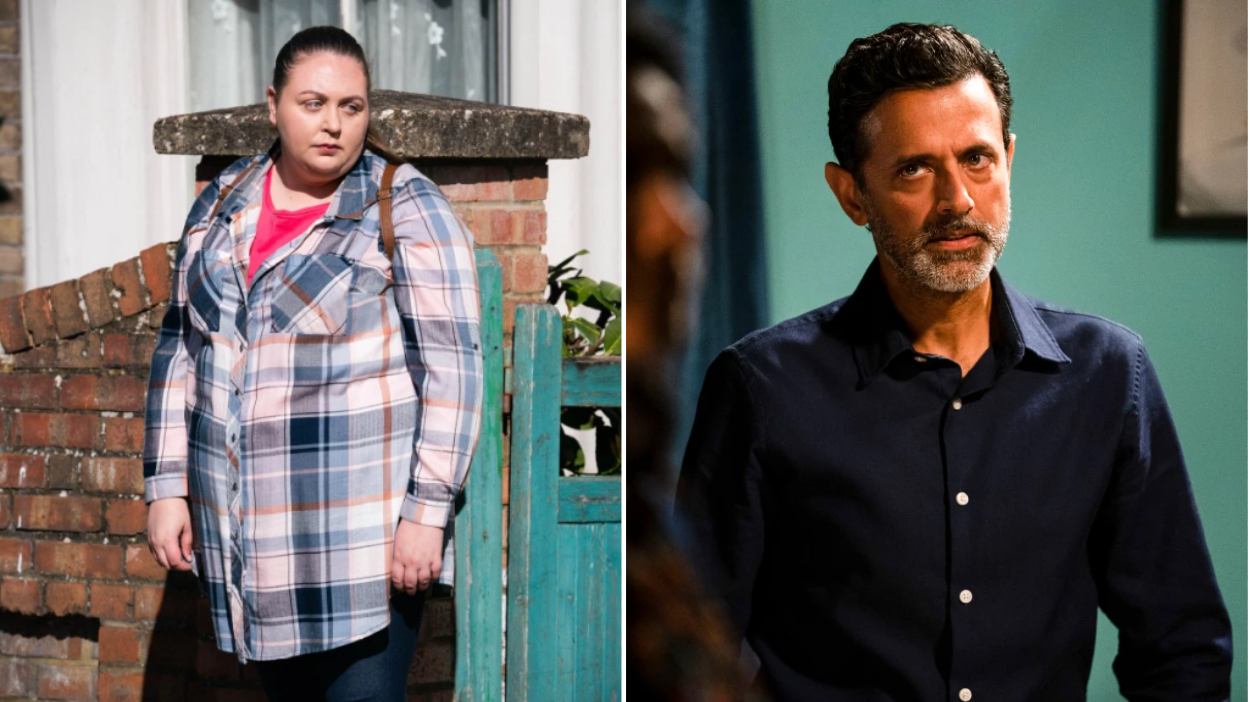 Bernie Taylor (Clair Norris) will be left devastated in upcoming EastEnders scenes which will see her lose her job.

Bernie has been working at KJP Pest Control since 2021, but will soon be putting the phone down for a final time when Nish Panesar (Navin Chowdhry) fires her to help cut costs.

We know we’re in a cost of living crisis, but you can’t just sack Bernie!

Felix Baker (Matthew Morrison) tries to lend a hand by encouraging Kim Fox (Tameka Empson) to give her a job at The Albert instead.

There’s only one problem with that plan, and that is the fact that Kim wants to employ Felix himself, not Bernie.

Not wanting to make it too obvious where her desires lie, Kim agrees to let them have a cocktail making competition at Jay’s (Jamie Borthwick) stag do. The winner of the competition gets the job.

But who will win? Will Bernie find herself another stable income, or will she be left devastated?

And will Kim play fair?