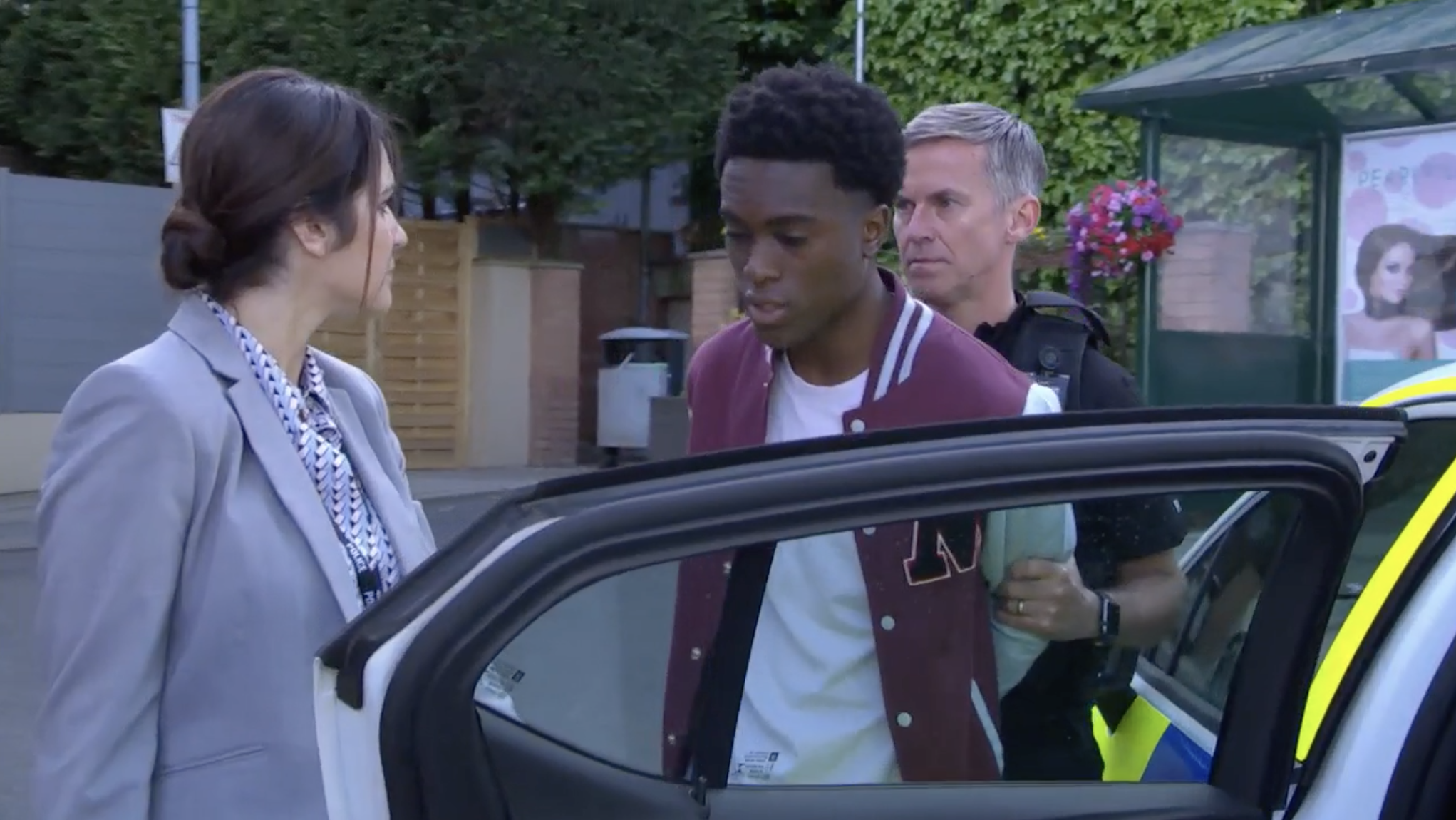 DeMarcus Westwood (Tomi Ade) was horrified in Hollyoaks when detective Lexi Calder (Natalie Anderson) showed up to arrest him for the stabbing of Saul Reeves (Chris Charles).

Saul, as viewers know, was attacked in a knife-crime incident earlier this week. Sid Sumner (Billy Price), who had been shadowing the policeman, found him in the wake of the attack and notified the authorities.

Tuesday’s (July 19) edition of the Channel 4 soap picked up the following day, with Saul being treated in hospital for his injuries, and it’s safe to say that he’s in a very bad way.

Zoe Anderson (Garcia Brown), meanwhile, was intent on getting to the bottom of what happened, and she was taken by surprise when Sid mentioned that Saul had been punched by DeMarcus earlier on the day in question.

The detective asked DeMarcus to come to the station to answer a few questions, and Pearl (Dawn Hope) accompanied him. Lexi, however, was the one who asked the questions, and she made it quite clear that she thought DeMarcus had something to hide.

Matters were complicated further when Lexi revealed that she had retrieved DeMarcus’ bloody hoody from a bin nearby. DeMarcus admitted that the blood was Saul’s, but that it was from his nose, after he’d punched him.

Felix (Richard Blackwood) was less than pleased to find out that his son was being questioned, and thus he arrived at the station and ordered Lexi to let DeMarcus walk free.

She did just that, but she later returned to the village, where she arrested DeMarcus for the crime, having obtained video footage which she claims shows the teen in possession of a knife.

DeMarcus professed his innocence once more, but will he be able to prove it? Is all as it seems?

The answer to the last question would be no, as Tuesday’s outing of the show also revealed that bully Joseph (Olly Rhodes) is in possession of Saul’s engagement ring, which the policeman lost at the scene of the crime.

Does this mean that Joseph is to blame for Saul’s stabbing, and that he’s trying to set DeMarcus up?

Hollyoaks continuesWednesday July 20 at 7pm on E4, or stream the next episode from midnight on All4.