BBC Breakfast had invited Matt Hancock onto the programme to discuss elements of the Queen’s speech which is set to be publicised later today. The government’s priorities for the year ahead will be announced when Her Majesty officially reopens Parliament and outlines 29 laws that ministers intend to pass in the coming year. The Health Secretary was meant to be in the prime MP slot of 7.30am but due to technical issues, his interview had to be pushed back and Dan Walker was left apologising.

“Let me let you know what’s happening,” Louise Minchin said. “We are expecting to speak to the Health Secretary Matt Hancock, in a moment or so.

“We’ve got a few technical issues which we are sorting out! So, just a heads up, it’s early everyone! If you want the weather, it’s now, some of you may be waiting until quarter to. Hello everybody if you are making your tea, Carol [Kirkwood] is here.”

Kirkwood then delivered her forecast and afterwards Walker said: “Thank you very much for that, we’ll speak to you in about 40 minutes time, you were a bit early today on the weather, thank you  very much – not your problem!”

He then turned to the viewers and added: “We’re having a few technical difficulties trying to get hold of – well, the Health Secretary Matt Hancock is there, but we can’t hear him at the moment and he can’t hear us, so other than that, it’s going very well!” 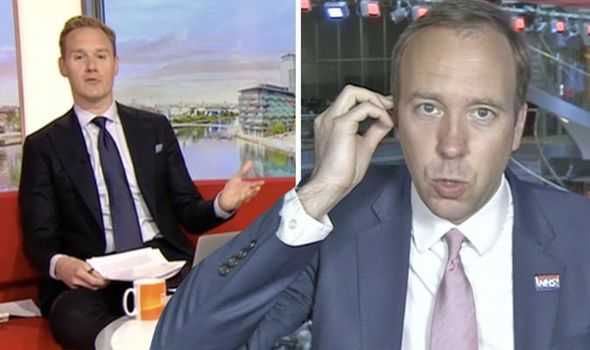 Louise Minchin said: “We will be back with him as soon as we possible can. In the meantime, Sally’s got a great interview for us.”

After Sally Nugent delivered her spots segment, Walker took over: “We have managed to connect things with the Health Secretary, let’s go and speak to Matt Hancock straight away.

“Matt Hancock, first of all, please accept our apologies for the technical problems, we know you’ve been sat there for quite a while but we can now hear you and hopefully, you can now see us and hear us as well. Is that all going according to plan?”

“I can hear you and that’s good enough for me!” The Health Secretary said.

“Excellent, okay, can we start today with talking about social care – we’ve got slightly reduced time because of the issues – but on the first day in the job back in August 2019, I’m sure you’ll remember, the Prime Minister stood on the steps of Downing Street and promised that social care would be a top priority,” Walker commented. 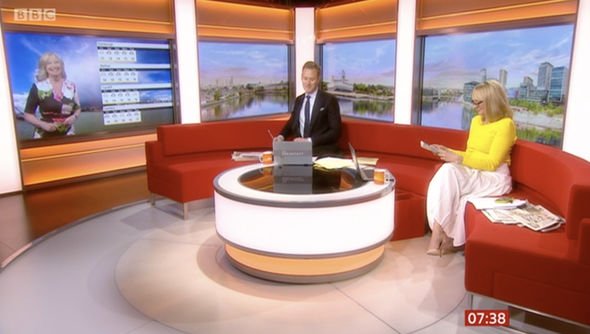 “We interviewed him in January of last year, and he said a social care plan would be coming within weeks.

“Now, obviously, there’s been a pandemic between then, but what will be announced today? Will there be concrete plans?”

The MP replied: “You’ll have to wait what Her Majesty says, of course.

“But, what I can tell you, we are going to bring forward a long term plan to strengthen and reform social care.

“Social care is so important, to make sure people are looked after especially as they become more frail.

“In the last year, as a society we’ve learnt yet again how important it is and making sure we strength that system is a clear manifesto commitment of ours – it’s close to the Prime Minister’s heart, as you say.

“Unfortunately, with the pandemic over the last year, we carried on working on the plans but weren’t able to put as much focus on them as we would’ve otherwise done and I think people would’ve understood that because of the pressing issues here and now,” Hancock added.

As for what can be expected from the Queen’s ten-minute speech, the Environment Bill on post-Brexit rules for protecting nature will be mentioned.

It will also include the controversial Police, Crime, Sentencing and Courts Bill which sparked protests when it was debated by MPs earlier this year in the House of Commons.

BBC Breakfast airs everyday at 6am on BBC One.