Fans were excited for the return of the Channel 4 show, but they were thrown into a frenzy by one of the celeb’s creations.

The four bakers were tested over Bake Off’s classic three challenges: the signature, the technical and the showstopper.

They were tasked with serving up millionaire shortbread and a vegan chocolate raspberry tart, before tackling their pet hates in cake form.

Daisy decided to create a “toilet seat up” cake for her showstopper, creating a huge cake in the shape of a toilet bowl, covered in white fondant. 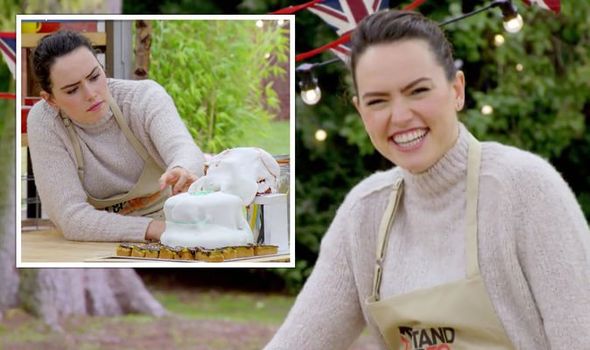 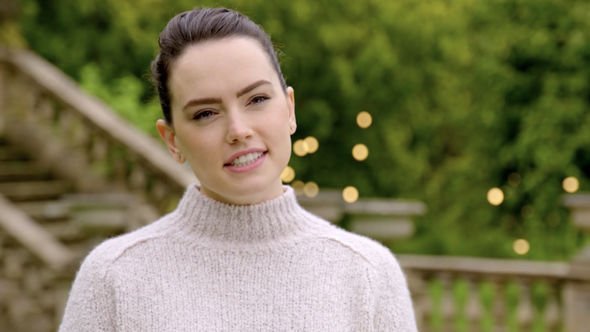 “Never thought I would see Daisy Ridley make a toilet cake but here we are,” said one viewer on Twitter.

A fan of the actress also added: “Daisy Ridley is talking about making a toilet and I’m still shooting heart eyes at her…. I need to get over this crush.”

“Daisy Ridley on the Great British Bake Off is my happy place. I’d eat her over-mixed toilet cake any day,” offered another person watching from home.

“I want Daisy Ridley to know that I would scran every single crumb of her toilet cake,” another added. 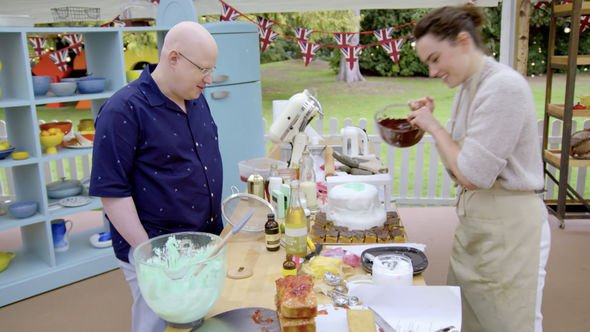 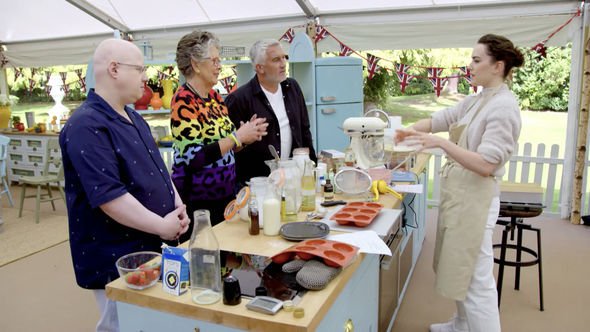 “A lot has happened in the past year but sitting on my sofa watching Daisy Ridley make a Lemon Toilet Cake is right up there with the weirdest things,” mused another person.

Tom Hovey, who makes the illustrations of all the bakes on the show, also shared: “If you told 10 year me, ‘In the future you will draw a Jedi’s toilet as a cake and it will be shown on primetime TV’… well I might not have believed you. #GBBO”

Alexandra was crowned star baker in the first episode by judges Paul Hollywood and Prue Leith.

Matt Lucas is also back for the five-week charity show.

Each week, four celebrities each week will be taking their turn to compete to raise money for Stand Up to Cancer.

This year’s lineup is one of the most star-studded ever: The Voice’s Anne-Marie will take part as well as Jade Thirlwall from Little Mix, Hollywood star James Mc Avoy, and new Doctor Who companion John Bishop.

Lots of other actors and comedians will also make their entrance to the tent in the coming weeks: Katherine Ryan, David Baddiel, Reece Shearsmith.

Athletes Kelly Holmes and Ade Adepitan will also participate in the fundraiser.

The Great Celebrity Bake Off for Stand Up to Cancer airs Tuesdays at 8pm on Channel 4.