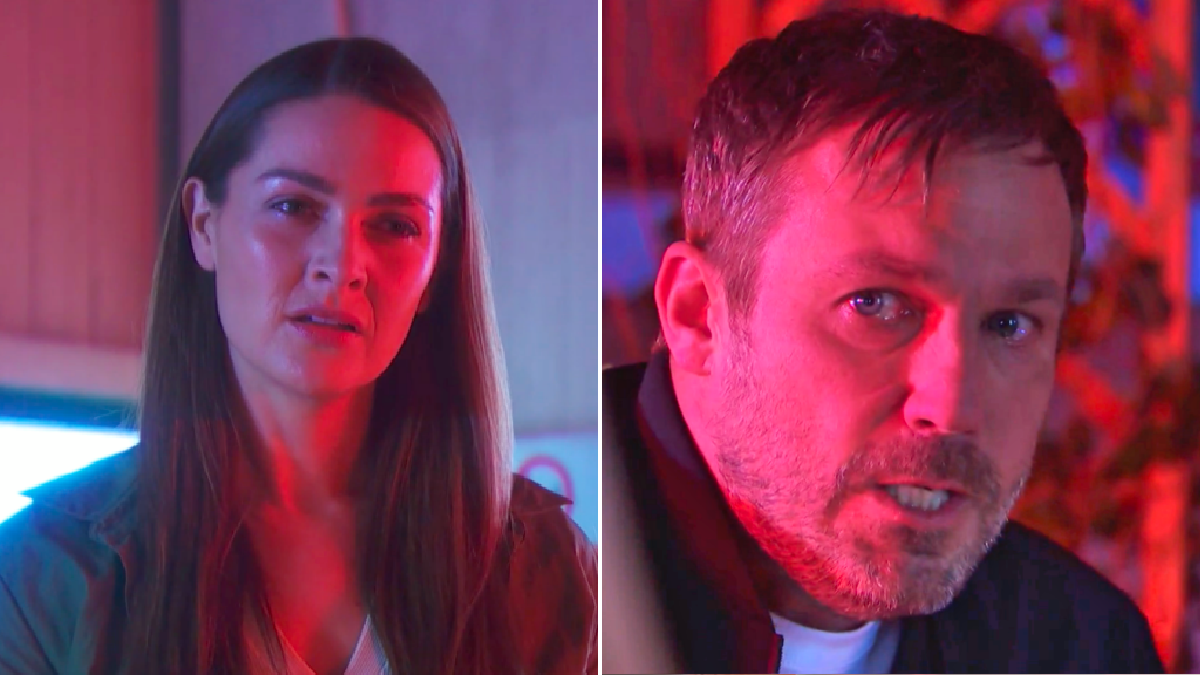 Hell hath no fury like a vengeful Sienna Blake (Anna Passey) in Hollyoaks, a lesson Warren Fox (Jamie Lomas) will find out the hard way when the truth about Brody Hudson’s (Adam Woodward) death comes to light.

Brody, as viewers know, was murdered last year, after Warren mowed him down in the middle of the village.

After finding out that Brody was intent on spilling the beans about their role in Cormac Ranger’s (James Gaddas) death, the hard-man took action, killing former pal Brody in a bid two keep his secret.

Sienna, meanwhile, has no idea that Warren is to blame for her soulmate’s demise, which makes their recent romance all the more dangerous.

The truth, however, is set to out.

Hollyoaks has dropped a brand new trailer, teasing what viewers can expect throughout the summer, and it’s safe to say that, this time, Warren’s luck runs out.

Desperate to cover his tracks, Warren claims that Damon Kinsella (Jacob Roberts) killed Brody. Sienna doesn’t know what to believe, but she soon finds out the truth for herself, when Sophie’s teddy bear – with a built in voice recorder – inadvertently spills the beans!

Sienna therefore turns to Damon, and thus the duo plot their revenge, with Sienna seemingly set to drug Warren, before issuing him with an ultimatum, telling him she’ll take him to the hospital in time to get treated, but only if he admits what he did!

Will Warren do as he’s told? Or is it curtains at last as Sienna takes her revenge?

Hollyoaks airs weekdays at 7pm on E4, or stream first look episodes daily on All4.