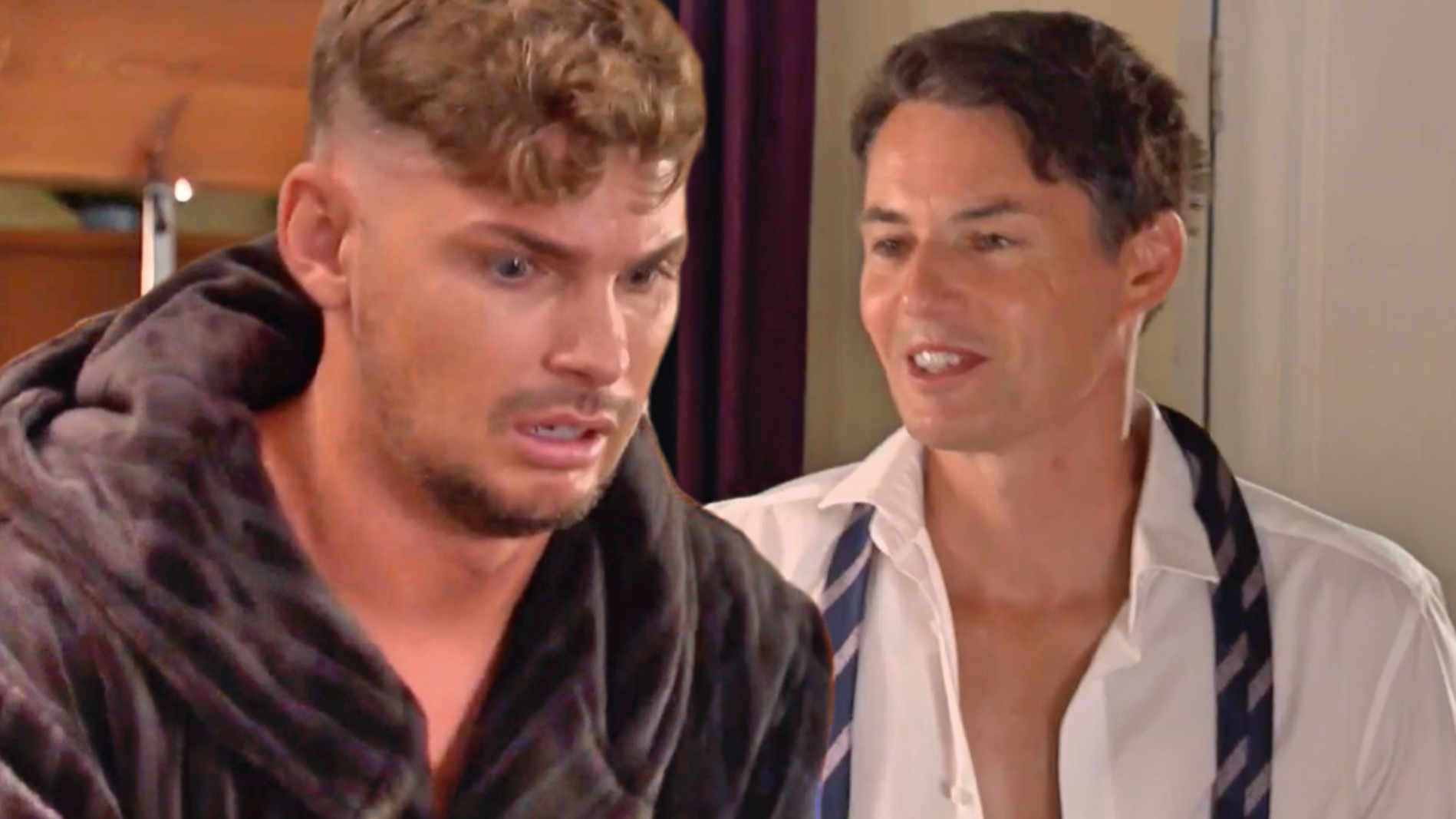 Councillor Valemont (Tam Williams) seemingly met a shocking end in Hollyoaks, after he wound up dead following an afternoon of passion with Ste Hay (Kieron Richardson).

The politician made his debut in the Channel 4 soap last week, claiming to are a man of integrity who didn’t like scandal within his political party.

His true nature, however, came to light when he encountered Sienna Blake (Anna Passey) in a wig, believing her to be the mysterious Mrs Robinson who he’d been having a relationship with.

Sienna enjoyed the thrill of playing the role, as she and the councillor embarked on a passionate affair, much to the horror of Leela Lomax (Kirsty Leigh Porter), who reckoned she was putting the business at risk.

After some consideration, Sienna told Leela she’d call off her fling with Valemont, who went by the moniker of Mr Jones, but he proved too difficult to resist, as she continued to meet up with him in subsequent scenes.

Ste, meanwhile, encountered Valemont at The Dog and he very much liked what he saw, as he made an effort to get to know the newcomer. Valemont reciprocated his advances, agreeing to meet for a date.

Ste couldn’t believe his luck and after donning a suit, he met up with the politician, and the two enjoyed a romantic meal before agreeing to take their date back to Ste’s!

Sienna, however, stumbled upon the two, and was horrified – as was Ste – to realise that Valemont was seeing them both at the same time.

But after his horror subsided, Ste ultimately decided to throw caution to the wind, as he and Valemont headed back to his place for an afternoon of intense passion.

Valemont, unbeknown to Ste, was receiving threatening text messages from Norma Crow (Glynis Barber), and the stress of it all made him subsequently collapse to the floor, much to Ste’s horror.

Ste thinks Valemont is dead, and upon realising he has connections to The Undertaker, he called Sienna and asked her to assist him in moving the body!

There is, however, a twist coming in this tale, as next week, the so-called dead body goes walkabouts!

Hollyoaks continues Monday October 31 at 7pm on E4, or stream the next episode from midnight on Monday on All4.