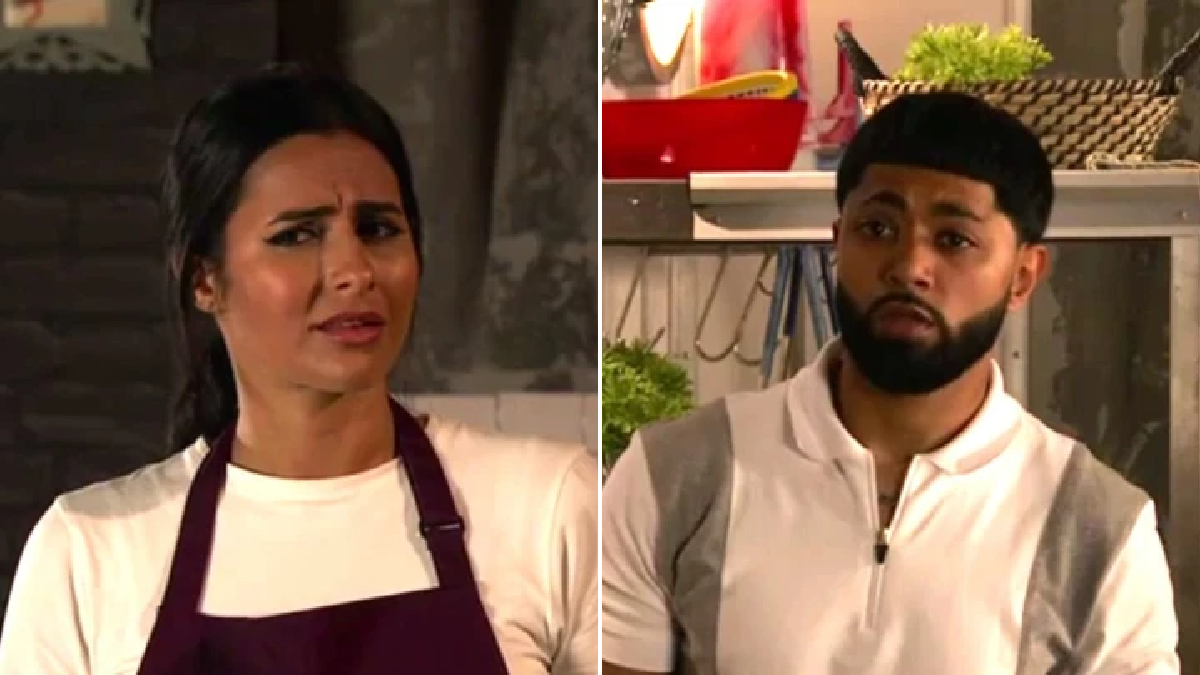 Last seen in 2018, Zeedan made his arrival in tonight’s episode and swooped in at the perfect time to save Alya from trouble.

With Alya’s stresses increasing, she was on the phone to a delivery driver who was struggling to find Speed Daal.

To make things even worse, a young boy’s pet tarantula (yes, really) had escaped from his bag and was crawling around the restaurant!

The commotion continued as Alya was forced to hold the call to the driver to speak to someone who she thought was from the bank.

However, to her horror, she soon realised it was a scam call, and the person on the line had taken all of the business’ money.

As realisation hit, Alya and Elaine (Paula Wilcox) tried to keep things from Yasmeen (Shelley King), who was distracted by the surprise arrival of Zeedan.

Once the truth was revealed, an angry Yasmeen headed home, leaving Alya in charge of locking up.

Alya explained the scamming situation to her brother, and he surprisingly offered to transfer her £50k to help get Speed Daal back on track.

Alya questioned Zeedan’s generous offer and pointed out he was acting cagey, but is he hiding something?

What has really brought him back to Weatherfield?

And what has he been doing for the time he’s been away?