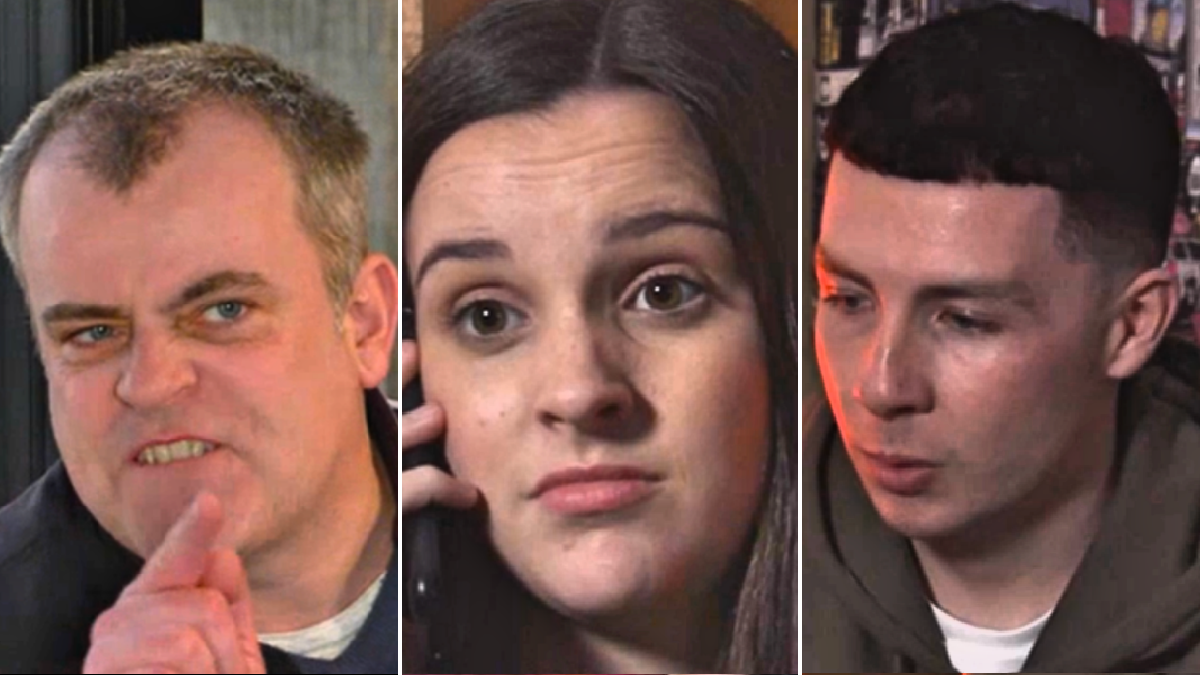 Amy Barlow (Elle Mulvaney) was forced to make a choice between her family and her boyfriend Jacob Hay (Jack James Ryan) in Coronation Street, and she ultimately chose Jacob.

The teen has been desperate to show her parents Tracy (Kate Ford) and Steve McDonald (Simon Gregson) that Jacob has changed his ways. Steve and Tracy, however, have refused to believe her.

Left with little choice, Amy at first ended her relationship with Jacob, but ultimately she reunited with him, as they vowed to keep things between them a secret.

The novelty of doing so, however, swiftly wore off, and thus Amy decided to take action in Friday’s (March 18) edition of the ITV soap.

After inviting Steve and Tracy to a meal at the bistro, Amy waltzed in with Jacob by her side, much to her mum and dad’s dismay.

Tracy attempted to leave, but Steve suggested that they try the old reverse psychology thing, and pretend to like Jacob, hoping that this would result in the charm of the bad boy wearing off.

But soon enough, they dropped the pretence. Jacob, meanwhile, crossed paths with Simon (Alex Bain), who deliberately tried to rile him up.

At first, Simon’s efforts backfired, but when he resorted to calling Amy – yes, Amy, his own cousin – horrific names, Jacob retaliated with violence.

The incident was witnessed by Steve, who felt it was proof that he was right to be concerned about Jacob. Amy, however, knew there was more to it than meets the eye, and thus she got the whole story out of her beau.

Steve and Tracy, however, refused to believe that Simon would resort to such vile name-calling.

When the truth came out, Steve didn’t berate Simon, adamant that Jacob is still bad news. He ordered Amy to choose between her family and her boyfriend – and ultimately she chose Jacob!

In fact, she moved in with him.

Tracy was horrified when she discovered what Steve had said, and firmly stated that this whole situation was his fault.