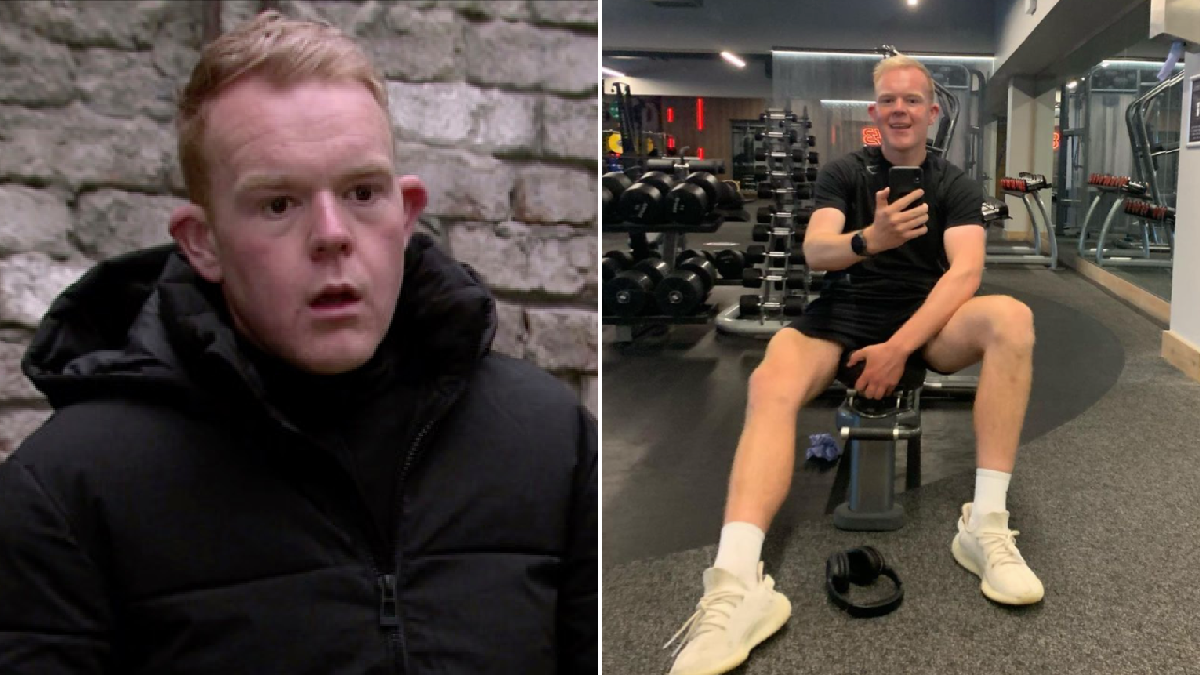 The actor – who plays Craig Tinker in the ITV soap – embarked on a journey to lose weight during lockdown last year.

He documented much of his transformation on social media, but he also recorded footage of himself over the past year and a half, which he will now release in the form of a short film entitled Bored Of Being The Fat Kid.

‘I’d kind of been filming myself throughout, as kind of a diary to look back on,’ he told Metro.co.uk.

The soap star, 22, explained that after receiving messages of support regarding his weight loss, he was inspired to ‘tell his truth.’

‘I thought: “There is a way to tell my truth!” I didn’t want to be the guy that stands with a pair of his pants and says: “this is what I used to fit in and this is what I fit in now!”

‘I wanted to make a film to tell my own truth, but when I sat down with Tim [Royle, director] and said: “This is what I’ve done, but I don’t think I’m ever going to show this to anyone.”‘

Colson, however, reconsidered and ultimately decided that he would release the footage, revealing that he hopes it will ‘inspire’ others.

He said: ‘In terms of responses [to the film], I’m not very good at attention and congratulations!, I can acknowledge it, and say: “thank you very much!”, but the bit that I really care about is helping someone who was in my position.

‘If I could talk to myself a year and a half ago and say: “Look, you can do this! Yes, it’s hard, but it’s worth it and it’s going to make you feel so much better” – that, for me, would’ve been massive. If one person says: “Thanks, you’ve really inspired me”, then that’s enough.

Bored Of Being The Fat Kid will drop on Colson’s YouTube Channel on June 2. Catch the first trailer today at 10am.