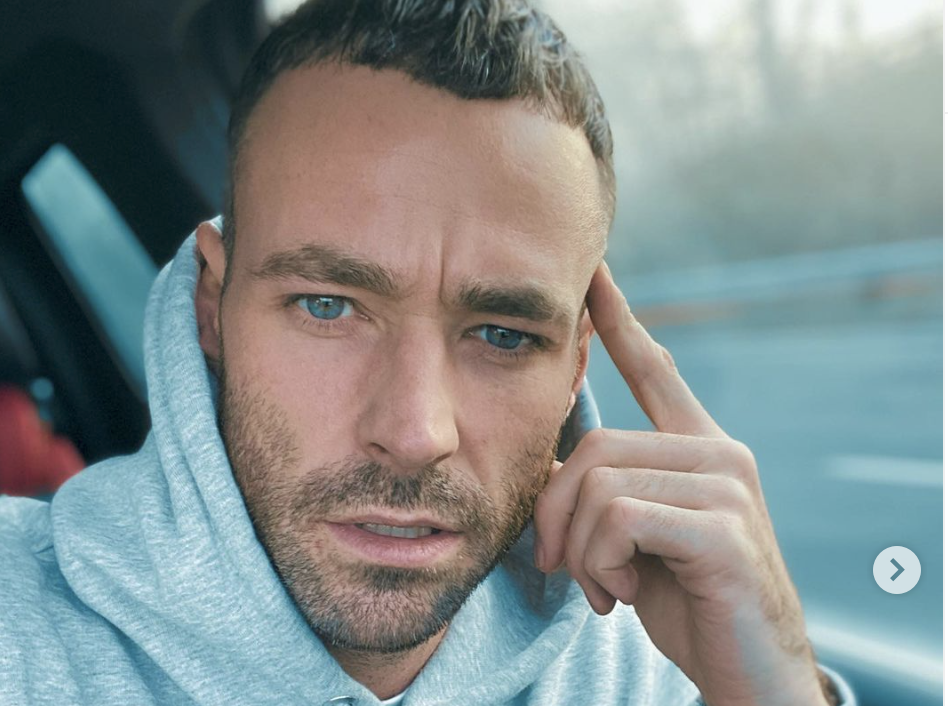 Sean Ward has reportedly been arrested during an anti-vaccination protest in London.

The Coronation Street star was seen in pictures obtained by The Sun being handcuffed and taken away by police in Canary Wharf.

The 33-year-old is known for playing Callum Logan on Coronation Street and is believed to have been one of the protestors outside the Medicines and Healthcare products Regulatory Agency (MHRA) in London.

Earlier in the day, Sean had posted several clips of the protests against the coronavirus vaccine, writing: ‘Kids don’t need an experimental jab PROVE US WRONG.’

Although the coronavirus vaccine has been ruled safe and effective in the battle against the Covid-19 pandemic, the group had objected to it being given to teenagers.

The Joint Committee on Vaccination and Immunisation (JCVI) confirmed on Friday that they would not be recommending the vaccine for healthy children aged between 12 and 15.

Sean recorded himself telling his followers: ‘So we are at the MHRA building, we’ve got two people inside the building.’

He claimed one of the women was ‘vaccine injured’ and wanted to speak to the people within the building.

A post on his Instagram page had also instructed people to wear black and bring no banners or megaphones to the meeting point in Canary Wharf, adding: ‘Bring a sandwich. We might be there a while’.