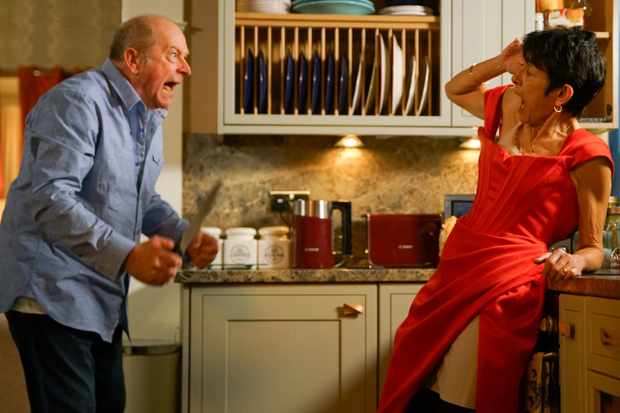 Coronation Street has been crowned the winner for Best Serial Drama at the Broadcast Awards for an episode which centred around a pinnacle point in the Geoff Metcalfe and Yasmeen Nazir story.

The abuse story won critical acclaim and fans praised it almost unanimously as it aired a growing abuse of coercive control which left Yasmeen a shell of herself.

It led to her fighting back when she thought Geoff might kill her – and the tense episode in question saw her stab out at Geoff as he brutally got in her face.

There was tough competition for the prize however, as Casualty put forward a deeply affecting story told from Jade’s perspective and how she copes with her deafness on her day to day business.

The soap made changes throughout between how we hear and how sound is like for Jade and it involved a lot of signing as she met up with her mum – and then found out that her grandmother was the reason for her being given up.

Other contenders included Hollyoaks’ New Year episode which cleverly foreshadowed events a year later including a death and the developments of unexpected relationships.

Emmerdale entered the lockdown episode between Marlon, Al and Ellis, having been the soap which didn’t go off air and consequently the first to explore and produce episodes under Covid restrictions.

Follwing an attack on Nina and Seb, Seb sadly died and now a grieving Nina is questioning her identity while killer Corey walks free.