Coronation Street: Imran and Toyah get into car crash

Whilst Sally (played by Sally Dynevor) was leading the charge against the parking congestion, Maria (Samia Longchambon) decided to make her own stamp on Weatherfield politics. She recently decided to make a change regarding the waste bins in the area and wanted to introduce another bin to residents’ homes. However, this ended up with bin men going on strike and the rubbish around the cobbles building up. To make matters worse, she has also been hit with a barrage of online abuse in the form of trolls and a deep fake video which surfaced. Could Sally be behind the social media attack to regain her position in Weatherfield?

On Monday night’s episode, Gary Windass (Mikey North) encouraged Maria to ignore the video that was made of her campaign speech being turned into a rap.

Stressed with the bin men being on strike, she expressed: “So the bins haven’t been collected then. I have been a councillor for five minutes, and the streets are already piled up with wheelie bins.

“Not mention the fact that I am a laughing stock,” as she gazed at her phone. Gary commented: “You’ve not been watching that video again, have you?

“Come on, sticks and stones, if you let them, they will live rent-free inside your head. Listen, they are only doing this because they can’t win. You’ve got this.” 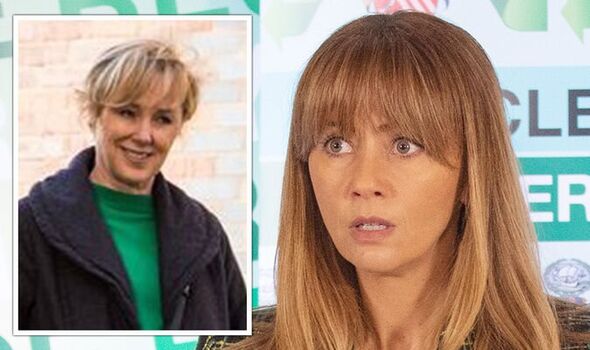 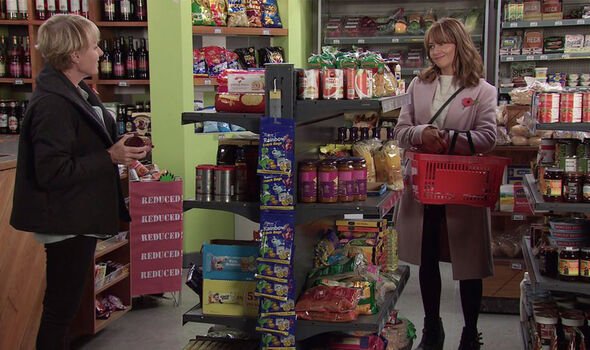 Feeling paranoid that people are talking about her, Maria in turn snapped at Max Turner (Paddy Bever) after he made a joke about the video.

Later, Sally overheard Gemma Winter (Dolly-Rose Campbell) complaining about the bins being empty and taunted Maria: “I know your new to politics.

“An impasse like this is where you really own your corner as a councillor. My application for a second bin was entirely above board.”

She soon received a phone call from Liam Connor’s (Charlie Wrenshall) school after he attacked another boy. 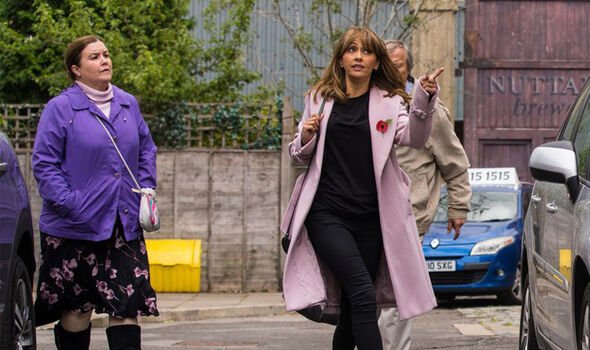 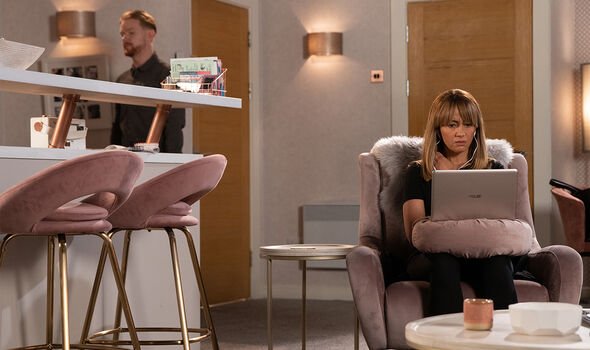 Later, Maria soon found out a deep fake video had been made of her and was circling the internet, which sent her into shock.

In upcoming scenes, Maria decides to push ahead with her campaign but soon gets deflated once more when Gary gets into a fight with the person he thinks made the video.

Wanting to give up, Maria runs into Sally, who pushes her to continue with her campaign despite their differences.

But is there an ulterior motive behind Sally’s advice?

Maria actress Samia Longchambon recently spoke to Express.co.uk and other press about the U-turn from Sally.

When asked about the turning point of Maria wanting to withdraw, she explained: “She just thinks, ‘I’ve just had enough, and the only way to stop all this trolling is if I am not a counsellor anymore.’

“And she withdraws from public life, so to speak. So that’s just what she wants, she’s just had enough and just thinks it’s not worth it.

“Putting her family’s lives at risk and her own life. Then it’s not until she has that chat with Sally, of all people, Sally.

“Sally sort of is team Maria with it all and convinces Maria to actually stay on and carry on doing what she’s she’s become really, really good at.”

However, Sally could still feel pushed out of the political community by Maria and thinks pushing her to carry on may end in a disastrous outcome.

Could Sally be the one behind the deep fake video?

If Sally has set out to destroy Maria’s counselling career and is behind the video, will she be caught out and destroy her own reputation at the same time?