The 26-year-old yoga teacher told fans she was "Sunday cooking" in the beautiful photo shared on Instagram. 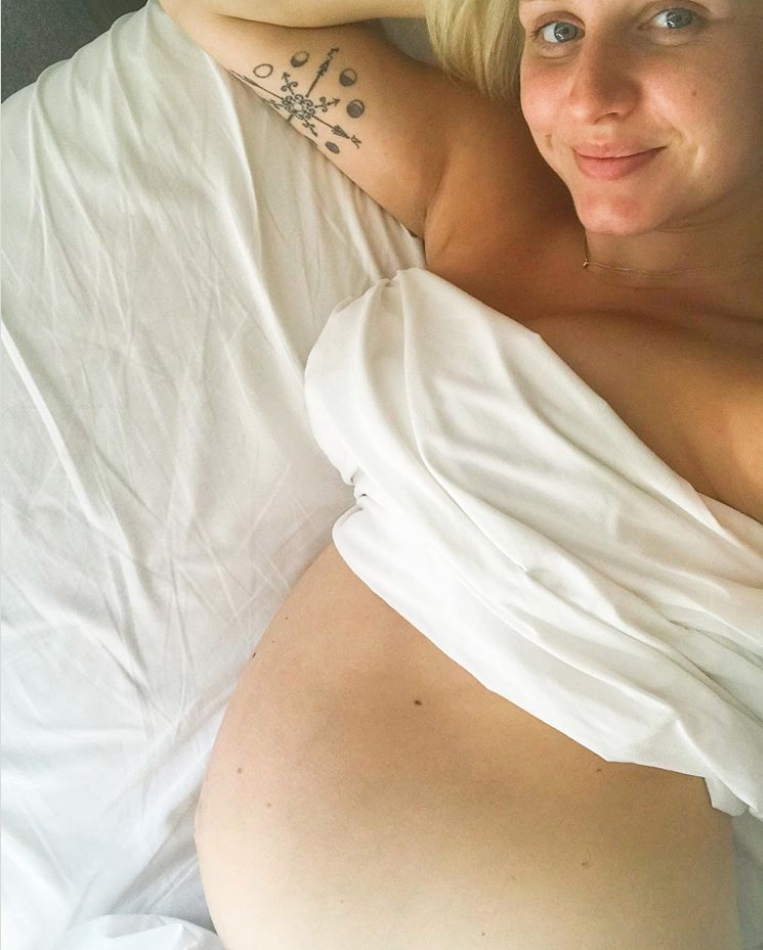 Revealing her growing stomach, Briony wrapped a sheet around her chest and smiled at the camera.

Another wrote: "You and Sam are going to be amazing parents"

And one more said: "I feel for you in this heat!" 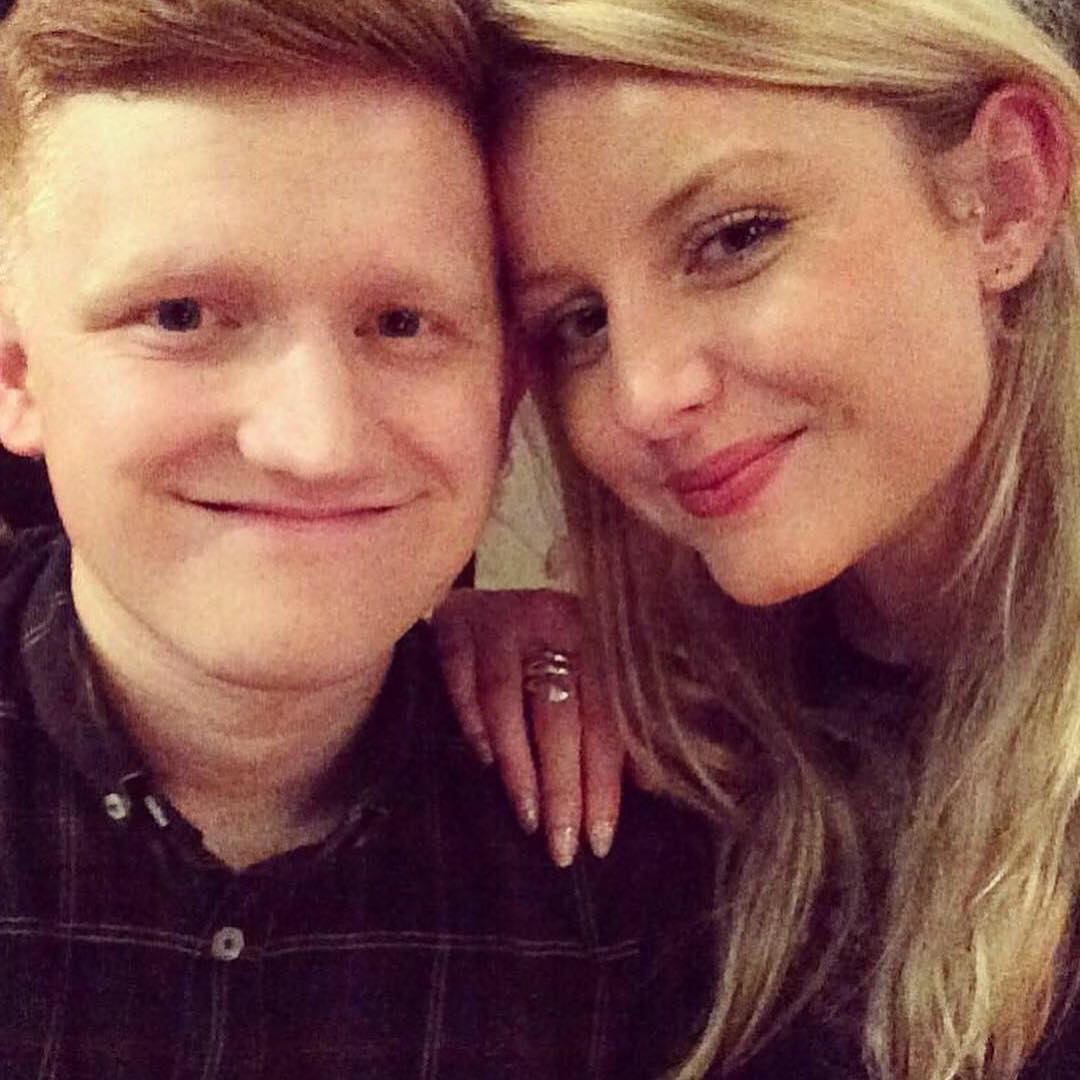 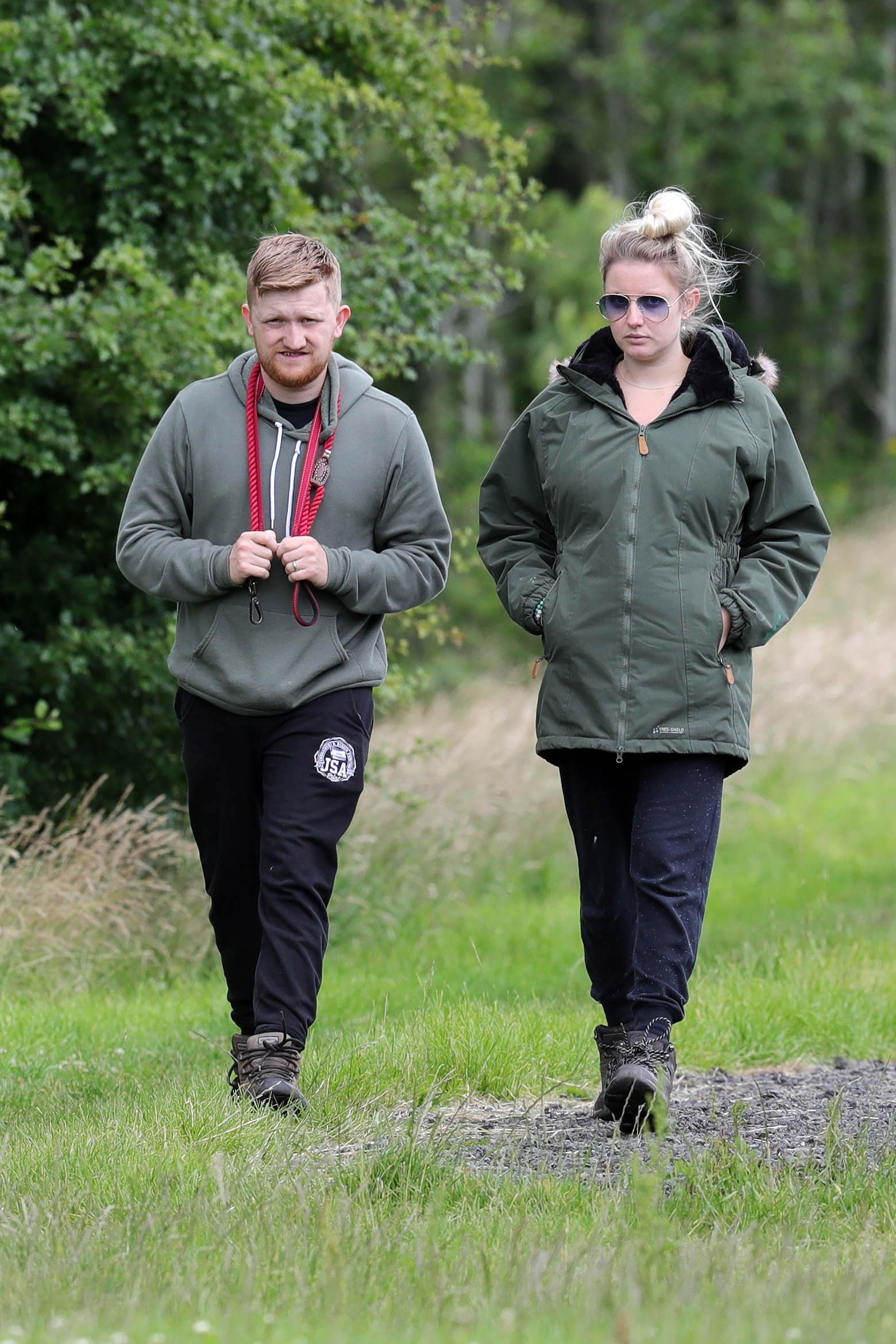 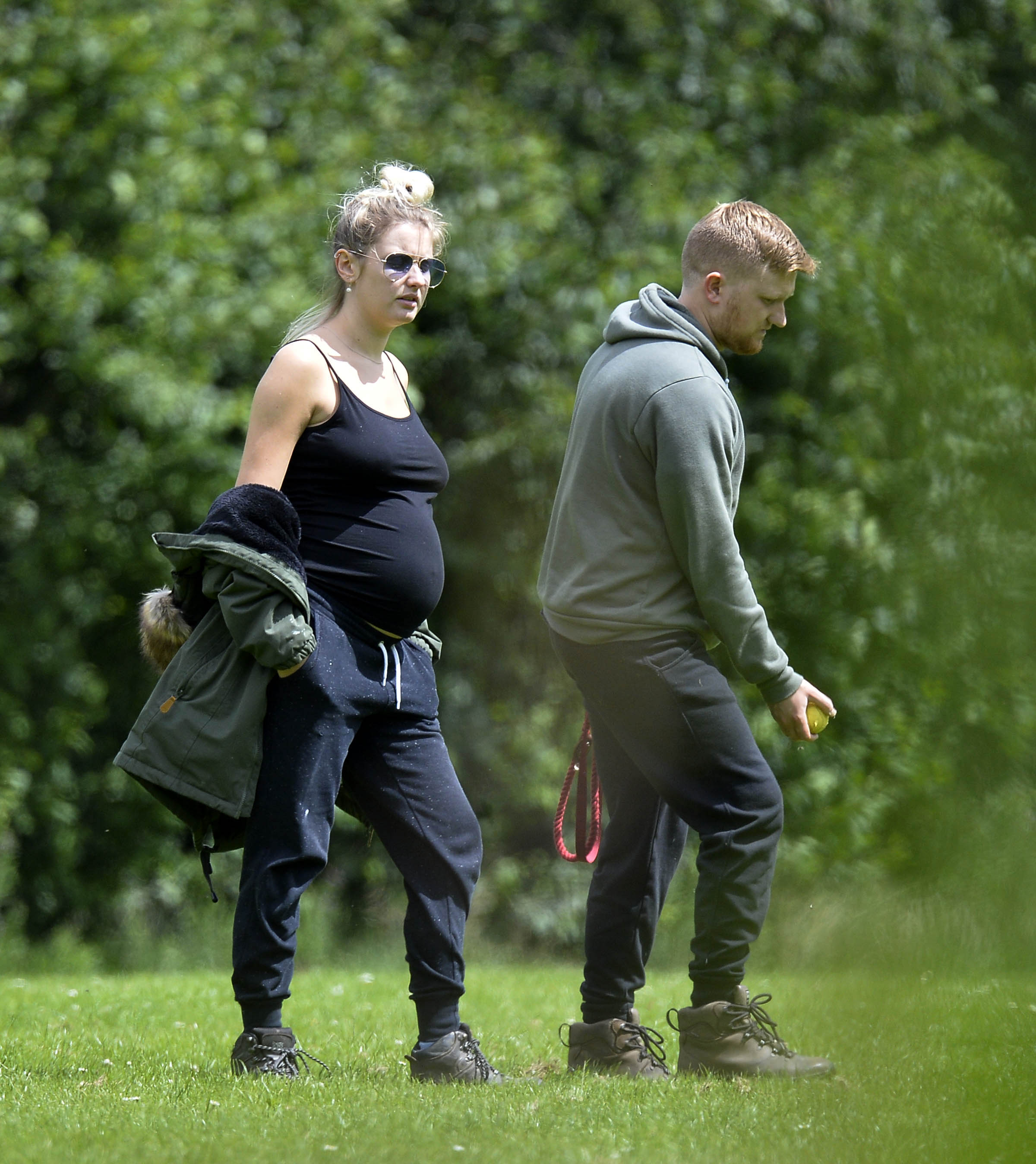 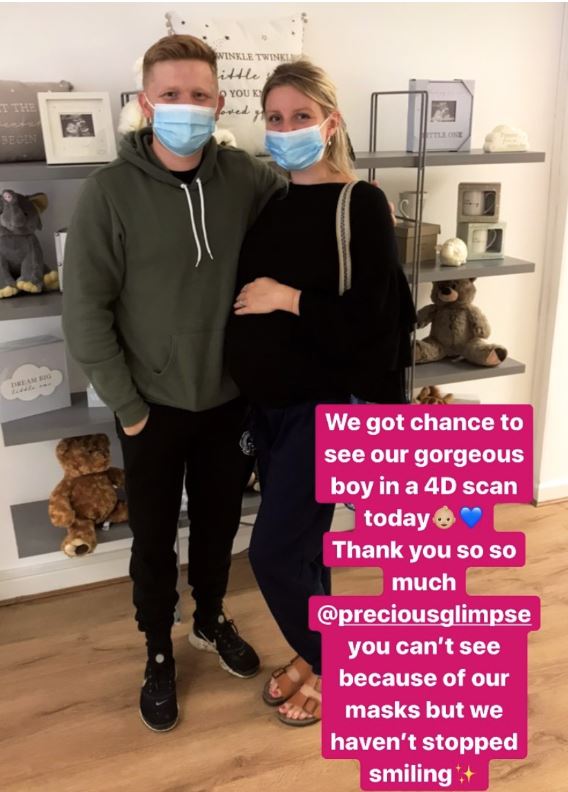 Briony has taken fans on her pregnancy journey this year, showing off her baby bump in her wedding dress on the couple's first anniversary.

Briony looked amazing in the beautiful dress that she could still fit into, despite being nearly six months pregnant. 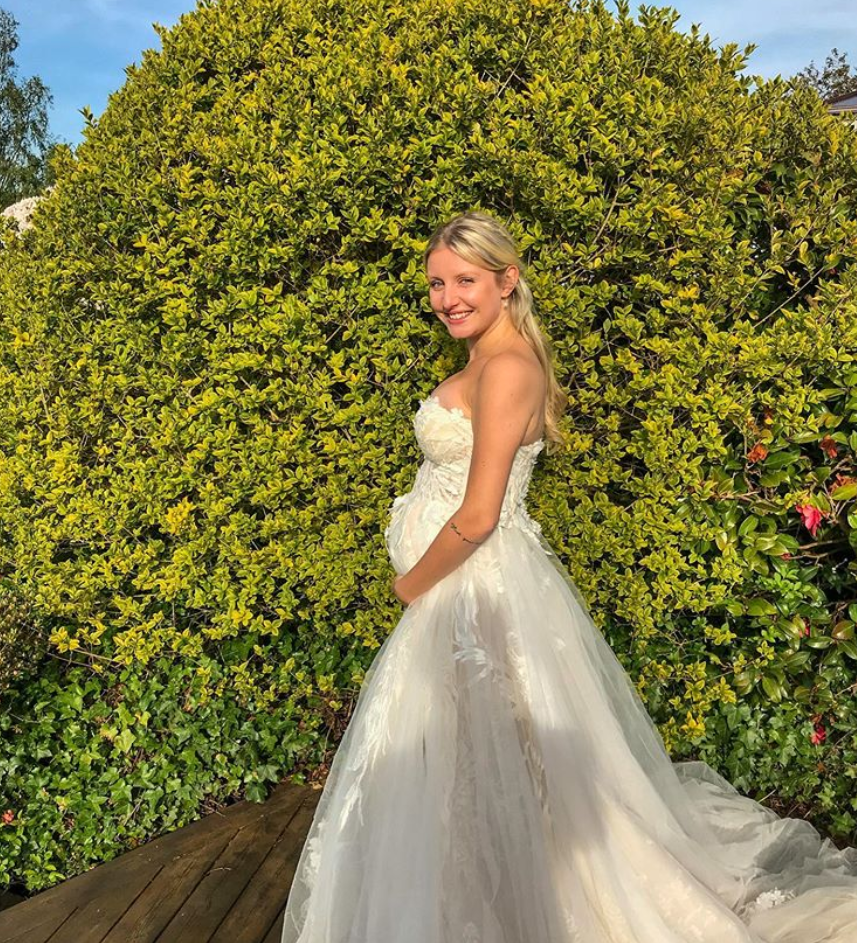 Sam's shadow could be seen as he took the photo of his stunning wife.

She captioned her shot: "Throwback to getting my money’s-worth on our 1 year wedding anniversary ? @samaston93 be prepared for the annual dress up"

Her feed quickly filled up with comments flattering the blonde beauty.

One fan said: "Didn’t even know you were pregnant!!!! Wow congratulations you look stunning

Sam and his wife only announced in May that they are expecting their first child together. 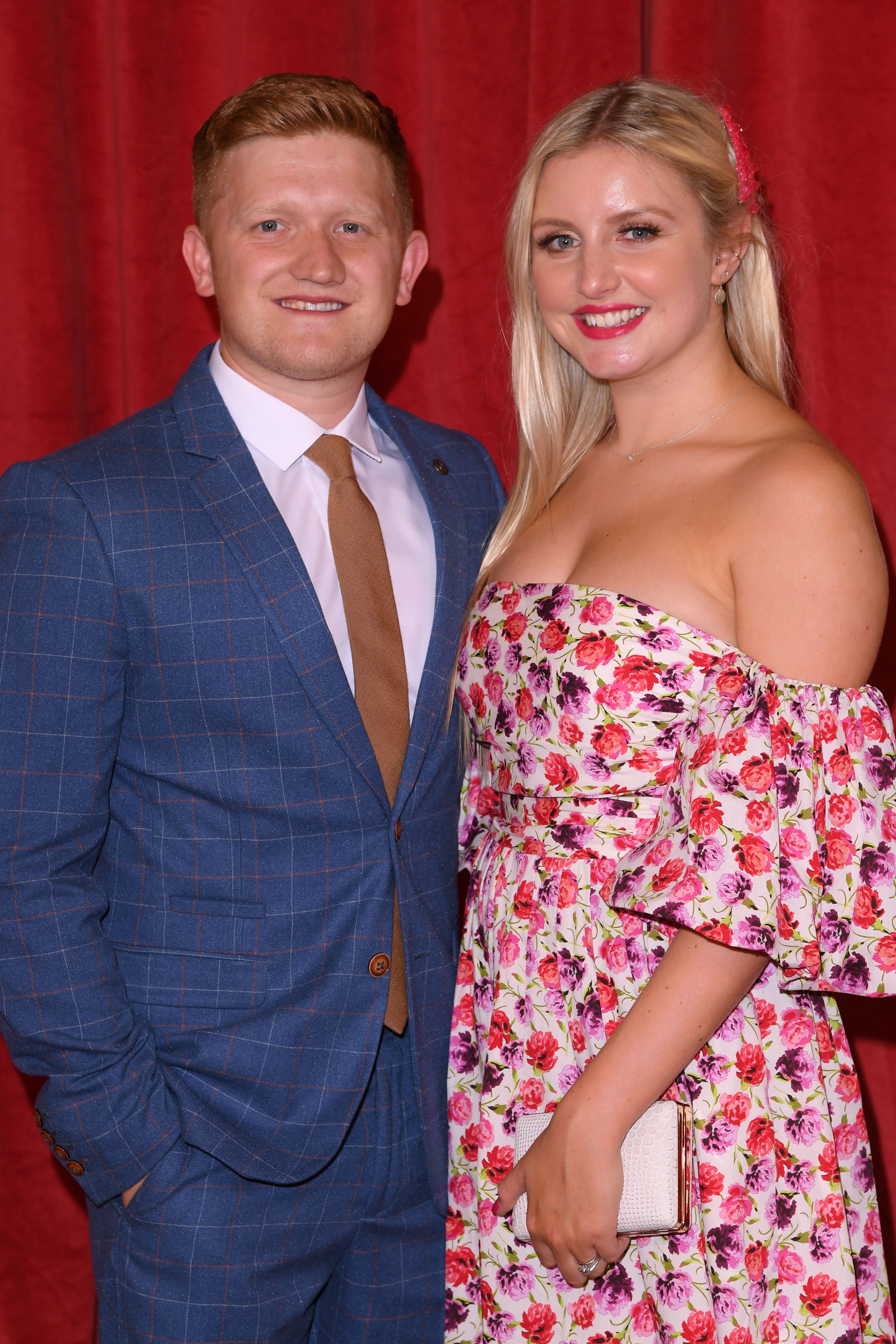 The 26-year-old actor, who plays dad-of-five Chesney Brown in the soap, told OK!: "I'm so happy!"

They exchanged their vows – and did a yoga-themed first dance – in front of friends, family members and his soap co-stars at Stock Farm in Cheshire.

Earlier this month, the couple celebrated their first wedding anniversary together while living in lockdown at their incredible countryside cottage.

Sam recently explained that he and Briony "liked the idea of a big family" but said that "neither of them felt ready" for children yet. 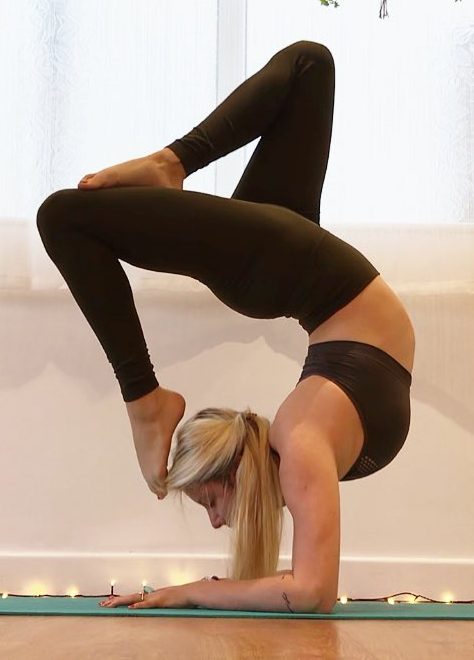 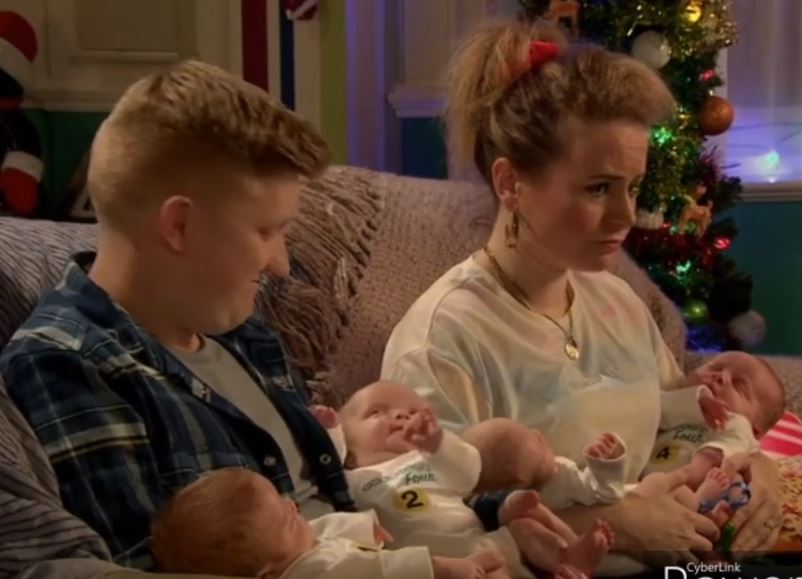 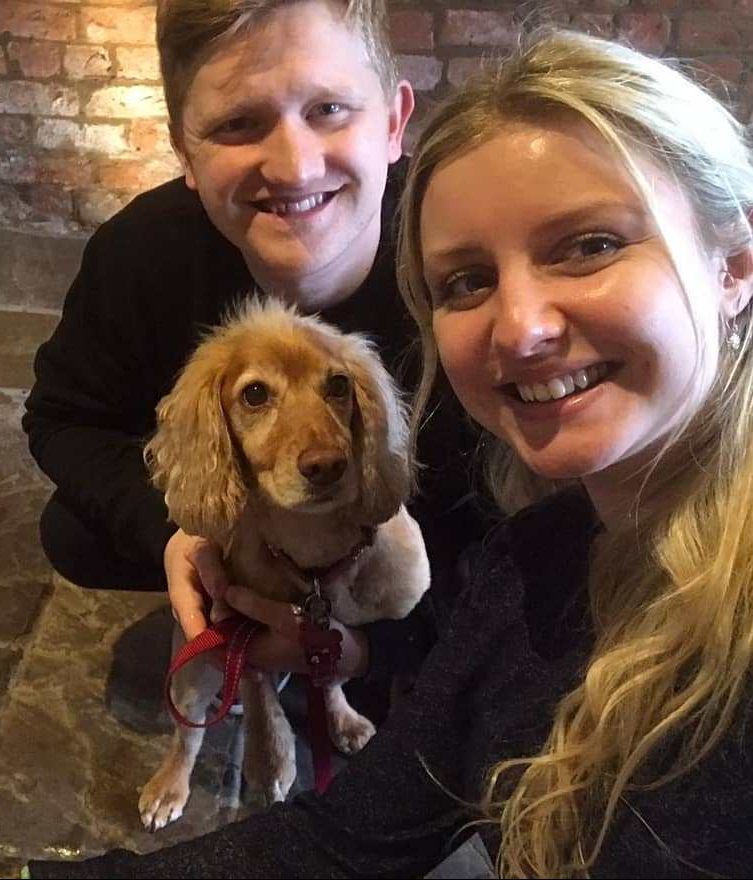 He told OK!: "We want to enjoy being married for a while first and do some more travelling."

They met again a year later, when she helped out at a drama workshop he was running, with Sam explaining: "We went for a meal that night at a country pub and that was it. We’ve been together ever since."