ITV soap fans have been calling for Coronation Street bosses to finally put an end to the Geoff Metcalfe (played by Ian Bartholomew) coercive control storyline over his wife Yasmeen Nazir (Shelley King) as it’s steadily become more sinister. However, in shocking scenes on Friday night, Yasmeen stabbed Geoff in the neck with a bottle, and tonight was arrested. But, it seems Yasmeen could be found guilty of attempted murder due to the dress she was wearing when the attack took place.

Great Big Lockdown Survey: Tell us what life’s like for you by answering THESE questions

Geoff’s abuse of his wife Yasmeen has been simmering for two years now on the ITV soap, but it ramped up after they came back from their honeymoon last year.

His abuse has gone from strength to strength, and what started out as the odd comment here and there eventually turned into physical and sexual abuse.

Recently, Yasmeen tried to seek out information about Geoff’s past, but after hearing he might not be as innocent as he has been pretending to be, she took home a leaflet in case she needed help in the future.

Not only this but when Geoff stopped her going to Zeedan Nazir’s (Qasim Akhtar) wedding in Spain, instead of unpacking she hid her suitcase in case she needed to make a getaway. 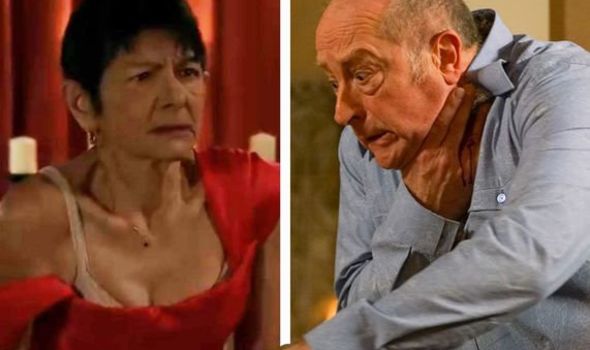 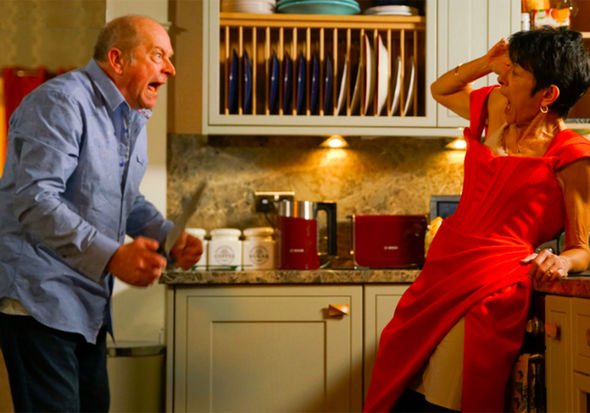 But, Geoff found out and this was the moment the monster turned and started taunting Yasmeen.

Not only this Yasmeen also found out her husband had given her chlamydia after seeing a number of escorts behind his wife’s back, as well as burning the clothes in her hidden suitcase.

In shocking scenes on Friday night, Sally Metcalfe (Sally Dynevor) invited Geoff and Yasmeen out to a tasting at The Bistro.

Unable to say no, Geoff presented Yasmeen with a fancy red dress was at least three sizes too big for her, but she none-the-less wore it to the Rovers Return. 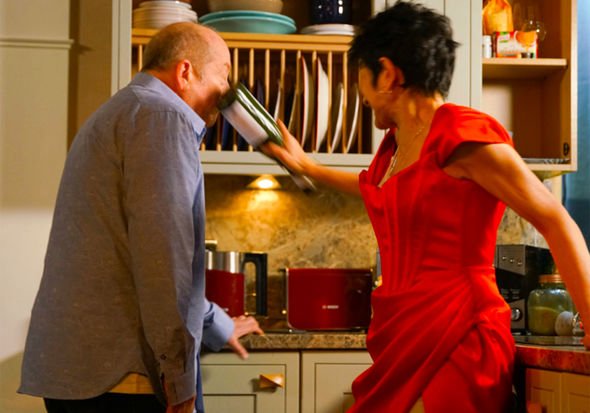 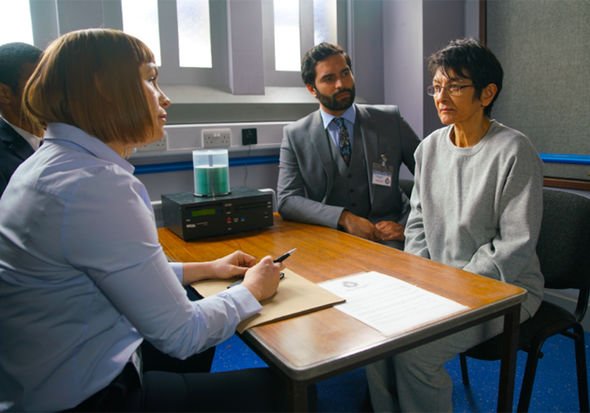 After a number of the residents were caught laughing at her and after a few choice words from Geoff the two left and Geoff locked her in the house.

However, when Geoff returned he continued to taunt Yasmeen calling her worthless and pointing a bread knife at her, whilst telling her the dress she was wearing was meant for one of the many women he had been meeting up with.

A fog came over Yasmeen and she hit Geoff with a bottle and as it smashed she found herself stabbing him in the neck.

Tonight, she called the police and told them she had killed her husband, but before that, she wiped her bloody hands on her new dress.

The police quickly took her clothes, but as she spoke to her lawyer, he told her she needed to stop talking and to keep her mouth shut if she ever wanted to get out of this situation.

Will the blood on the dress be enough to convict her of attempted murder if Geoff dies?

Yasmeen’s lawyer told her the call she made to the police admitting to what she’d done, was damning evidence worrying the victim.

He said: “Look, I know you are going through hell right now but I’m here for you. You’ve got a good heart and I am going to do everything in my power to protect you but I need something in return.

“I need you to think before you speak if possible don’t speak at all. Leave it to me. Everything you say is being recorded and the police are going over all of it with a fine-tooth comb.

“I’m not asking you to lie, justice will be done. Please give me an opportunity to go over your case.”

Will the dress gifted to her by Geoff be the reason she goes to jail or will the eagle-eyed residents of Weatherfield be able to save Yasmeen from a life behind bars?

If you or anyone you know has been affected by Yasmeen’s storyline, please find more information by visiting the Women’s Aid website or call Refuge on 0808 2000 247, if you feel your life is in immediate danger please ring 999 and ask for the police.

Coronation Street airs on ITV on Mondays, Wednesdays and Fridays at 7.30pm.