Geoff Metcalfe (played by Ian Bartholomew) was left furious when Yasmeen Nazir (Shelley King) suffered a heart attack moments before she left prison for her trial last week. It seems this incident won’t be the last to ignite Geoff’s fury, as in upcoming weeks, he is going to come face to face with a woman from his past who will make everyone question the master manipulator and his side of the story. However, there is a chance, Tim Metcalfe (Joe Duttine) could be the one left hurt after Geoff fails to control his anger. Will the shame be enough for Geoff to leave Coronation Street once and for all?

This week, Geoff’s ex-partner Elaine (Paula Wilcox) will arrive on the cobbles and it won’t be long before she is setting the record straight.

Stopping by Roy’s Rolls, she will bump into Sally Metcalfe (Sally Dynevor) and introduce herself.

Sally will be understandably taken aback when Elaine reveals she is in fact Tim’s biological mother.

During the heart to heart, the newcomer will explain how she was forced to abandon her son after Geoff made her life a living hell. 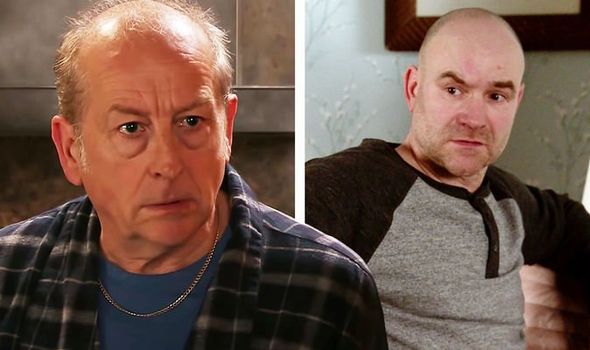 Sally will learn how Elaine visited Yasmeen earlier this month and wants to help the Speed Daal chef.

Confused as to what to do with the information she has just been given, Elaine urges Sally to stand by her husband, despite his blindness towards Geoff and the truth.

Scenes will show Sally heading home where she feels compelled to tell Tim.

Word soon spreads to Geoff who vehemently denies everything Elaine has said, suggesting everything is a lie. 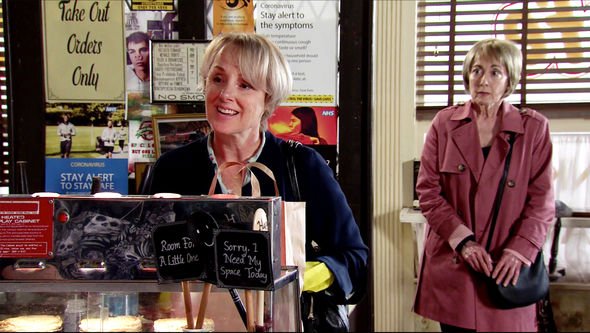 The magician slams the suggestion Elaine is Tim’s mum and blames Alya Nazir (Sair Khan) for putting Elaine up to it in a bid to drive a wedge between the father and son.

When Tim recalls what his father has said to him to Sally, the former knicker factory worker is forced to try and persuade her husband to see sense.

Sally argues Geoff is an abusive bully, but this will leave Tim angry and upset, feeling as if he is forced to choose between Sally and Geoff.

In a bid to get further clarity, Tim will speak to Geoff once more, but there is a chance he could be on the receiving end of some nasty insults. 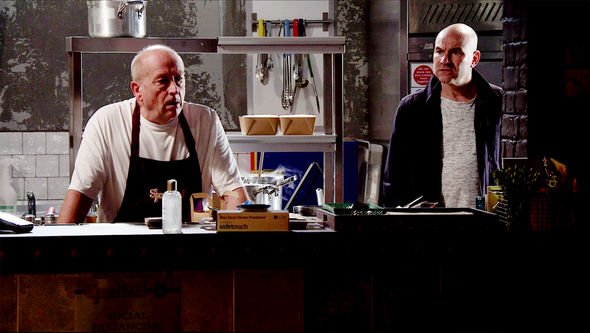 Coronation Street viewers have already seen the extent of Geoff’s venomous streak, perhaps Tim will bear the brunt of Geoff’s frustration as he spirals out of control.

Geoff is not one to physically lash out, but there is always a first and this could occur when Tim is persistently questioning what he has been told.

Could Tim find himself injured as a result of Geoff’s uncontrollable behaviour?

The shame from hurting the only person who has stood by him throughout this whole saga could be enough to spark an exit from Geoff. 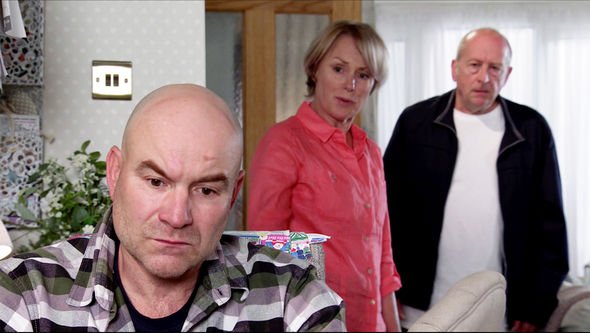 Elsewhere in the cobbles, Gary Windass’ (Mikey North) killer secret is set to be exposed.

This week, Gary will find out about the discovery leaving him panicked – does this mean the grandmother-of-four is going to be in danger?