It will be nearly two years until Coronation Street viewers see resident Geoff Metcalfe (played by Ian Bartholomew) receive his comeuppance for coercively controlling and emotionally abusing wife Yasmeen Nazir (Shelley King). Speculation has been rife as to how the magician is going to be exposed for his actions and it seems his downfall could lie with newcomer Nicky who is currently involved with Daniel Osbourne (Rob Mallard).

After a few months away from Weatherfield, the single father returned a few weeks ago and it became apparent to nephew Adam Barlow (Sam Robertson) how Daniel’s whole life revolved around his son Bertie.

In a bid to reignite his social life, Adam invited Daniel to a work event where he had organised an escort for his uncle to spend time with.

Unbeknownst to Daniel, he thought Nicky was genuinely interested in him and his life as a father, until she demanded payment for her time. 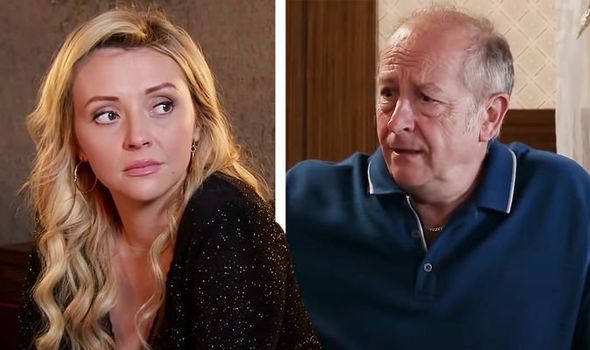 Understandably, Daniel felt trapped and set up but after a few days with his own thoughts he visited Nicky in her hotel – simply for a chat.

As the widow grows closer to Nicky, some viewers are worried about her real intentions.

Could her ulterior motive be linked to Geoff?

Considering her profession, it wouldn’t be unlikely for Nicky to have crossed paths with the master manipulator. 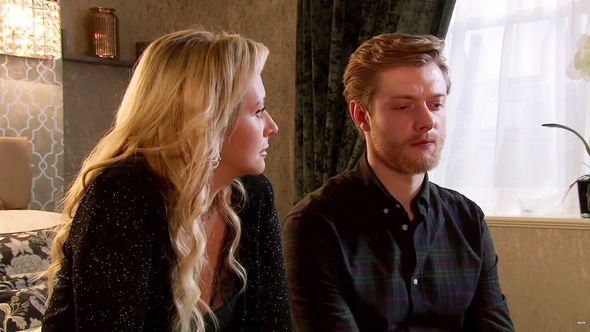 Earlier this year, Coronation Street viewers saw Geoff go on a date with an escort and it wasn’t long before he engaged in sexual activity with her.

As a result he caught a sexually transmitted infection which he passed onto Yasmeen and blamed her for.

After visiting the doctor to discuss her symptoms, Yasmeen was faced with the shocking news she had chlamydia.

Initially, Geoff argued she had transmitted the infection from her previous husband, but it wasn’t long before Yasmeen was faced with the truth; Geoff had been having affairs with escorts behind her back. 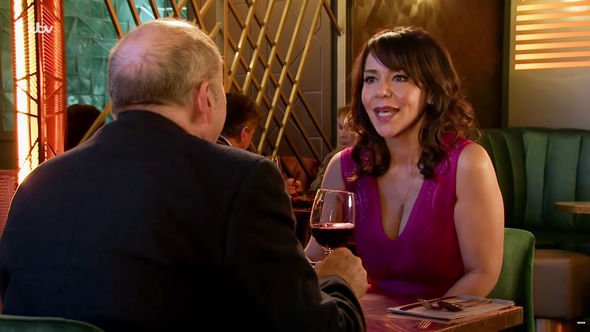 Yasmeen’s lawyer Imran Habeeb (Charlie De Melo) found out about this after looking at bank statements and fans are certain Nicky’s link to Geoff will be exposed in coming episodes.

Taking to Twitter to comment, one said: “I wouldn’t be surprised if geoff gave that nicky one.”

“Daniel will soon be off down the clap clinic with Geoff,” another wrote.

Someone else remarked: “Daniel ringing that brass I wonder if she knows geoff.” 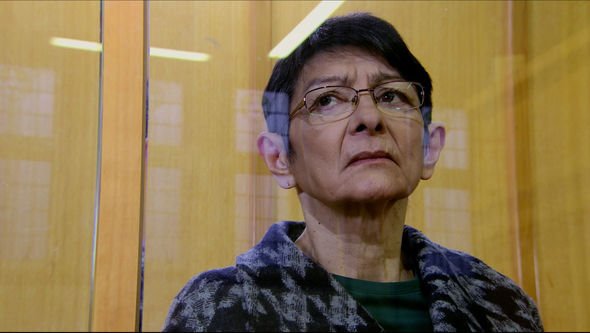 “Geoff & Daniel both got something in common they like paying for sex then,” a fan stated.

With Imran and Adam working together in the same solicitor’s firm, could Adam tell his colleague and friend how he had set Daniel up with Nicky?

In a lightbulb moment, Imran could suggest speaking to Nicky to see if she works for the same agency the women Geoff paid to spend time with did.

Should this be the case, there is a strong possibility Nicky will have at least heard about Geoff. But is she working for or against him?