Coronation Street viewers have been enjoying the descent into madness Gary Windass (played by Mikey North) has been enduring. Most recently he has delved into blackmail and various forms of threat. It almost looks as if the character has nowhere to go but up in terms of the villainy he is currently enacting. And while he seems to be doing all of these horrid things through selfish means, and through his own choice, Gary actor Mikey has recently spoken out about exactly where the character garnered the inspiration for some of his antics – and one of them is Pat Phelan.

Gary seems to be out for himself at the moment, this is spilling into other people’s lives.

Recently, in an interview reported by Digital Spy, Mikey explained exactly what is keeping the character motivated.

First of all, Mikey explained, Gary is eager to get back with his former beau, Sarah Platt (Tina O’Brien).

He explained: “Gary wants Sarah back. He is still hurt by that, as she was the love of his life. 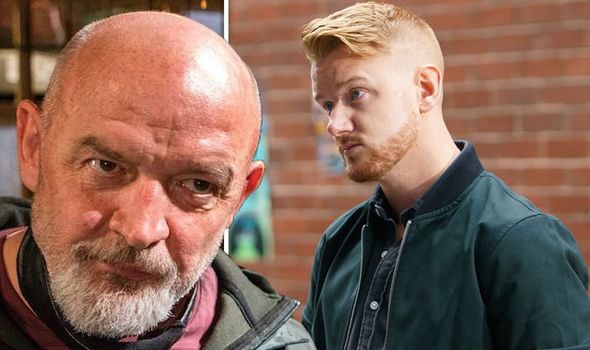 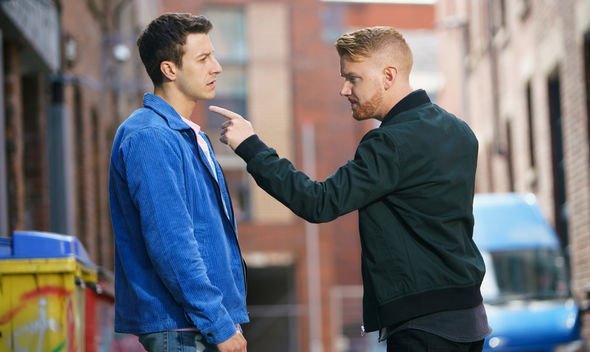 “He wants a relationship and until he gets over that, he will continue to be dangerous.”

Mikey went on to cite the recent violence he went through with debt collector Rick Neelan (Greg Wood).

“Also, what happened with Rick will continue to haunt him,” he went on.

“He almost died, I believe he is suffering from PTSD from that.” 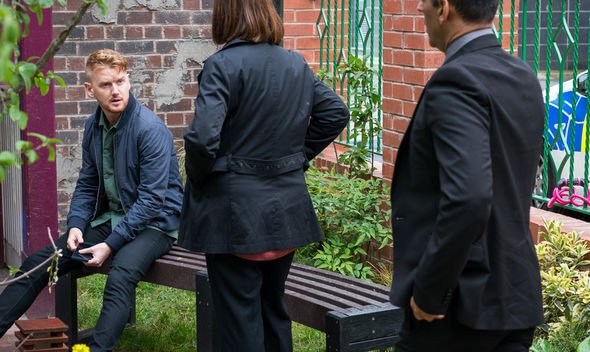 Perhaps most interestingly, however, Mikey also teased Gary may have been gaining tips from Weatherfield’s most infamous villain: Pat Phelan (Connor McIntyre).

Despite all of the violent acts he is committing during his day job, Mikey continues to say he is greatly enjoying his character’s progression.

Mikey continued: “It is like going back to the early days of bad Gary when he was hated and I get people shouting ‘murderer’ at me in the street.

“But it is in slightly better humour than it was when I was 21 and I am better equipped to deal with it.

“But it’s great. It is always good to play someone so interesting and I’m really enjoying getting the scripts and getting my teeth into it. I’m loving it.”

Whilst discussing Gary and whether Derek ought to be worried about him, Izzy nonchalantly said: “Well if he does, tell him where to go. I know he tries to come over all big man, it’s all an act!”

To which Derek sheepishly replied: “Really?”

Izzy continued: “You pay his wages don’t you? You’re his boss. He needs you way more than you need him.

“Suppose nothing, you’re too nice you. You’re the one in the driving seat, if he shows you any disrespect at all, tell him to do one.”