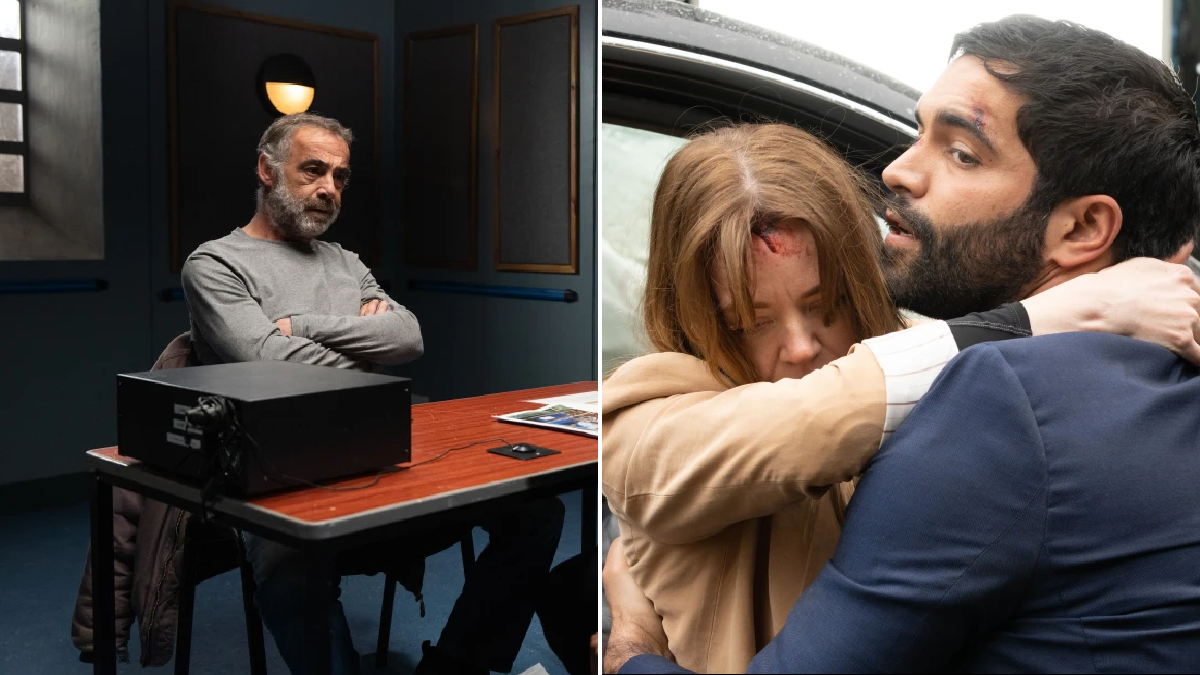 Toyah Battersby (Georgia Taylor) is fearing for the future after DS Swain revealed she failed to apply the brakes on her car before the crash that led to Imran Habeeb’s (Charlie de Melo) death in Coronation Street.

Last night, as paramedics wheeled Toyah into an ambulance after the crash, Imran attempted to enter the vehicle to sit beside his wife but ended up collapsing.

Imran suffered cardiac arrest and died and tonight, news of his passing started to spread around Weatherfield.

Meanwhile, at the station, detectives were questioning Abi (Sally Carman) and Kevin (Michael Le Vell), believing the brakes on Toyah’s car had been tampered with.

In the hospital, Kelly arrived and told Toyah and Leanne (Jane Danson) that Imran had paid Ben to lie in court about Abi being back on drugs.

With this knowledge, Kelly then made her way to the station and spoke to DS Swain (the detective who investigated Seb’s murder) about Imran’s determination to finally reveal everything to Toyah.

Sticking up for Kevin and Abi, Kelly knew that something wasn’t right.

Paying a visit to Toyah, DS Swain alluded to the information Kelly had given her and revealed it had been confirmed the brakes on her car hadn’t been tampered with – meaning she drove straight into the building.

With her memory still hazy, Toyah was bewildered, but what does this mean?

Failing to brake or follow the road meant Toyah crashed her car, and that event led to Imran’s death – could she be arrested for murder?

How can she get out of this one?