It looks like Ali Neeson is heading towards a really dark place in upcoming episodes of Coronation Street.

In behind-the-scenes pictures posted to Twitter today (September 22), we can see Ali (James Burrows) having a confrontation with Michelle Connor, with a bottle of wine on the table.

The thing is, we saw a very similar picture a few weeks back, with Ali once again having a confrontation with some booze in shot.

If you look closely in the picture below, you can see a bottle on the table: 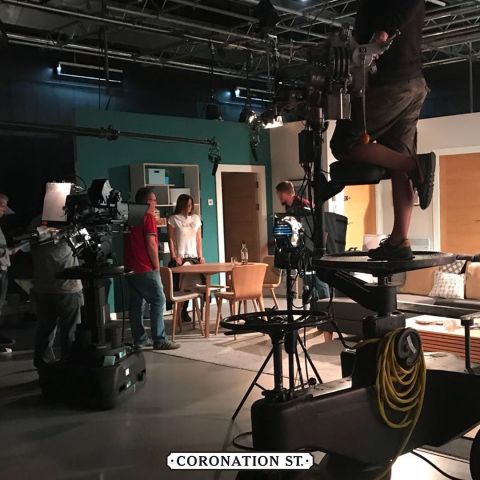 Does this mean that Ali will be hitting the drink on a path towards self-destruction? Or this is just living up North?

Well, if we look at what we know from what’s coming up on the soap, it isn’t that much of a stretch to wonder if Ali will turn to alcohol to cope with some of his upcoming storylines. 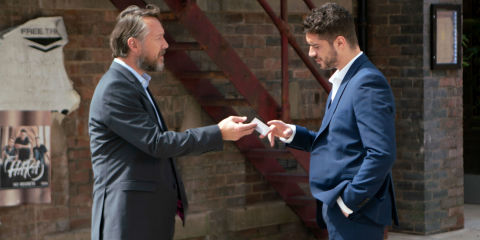 This week will see Ali involved in a storyline that leads to the death of Cormac – Ronan Truman’s son, who was introduced to the show earlier this week. We won’t spoil the details in this article (we absolutely will in this one, so click if you dare), but it’s the kind of thing that would lead to self-destructive behaviour.

We’ve also seen photos of Ali being questioned by DS Mackinnon, so it looks like everything is going to go wrong for him very soon.

Coronation Street airs Mondays, Wednesdays and Fridays at 7:30pm and 8:30pm on ITV. 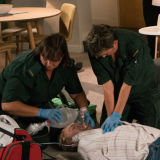 Digital Spy Soap Scoop video – hit play below for all the latest Coronation Street spoilers, as the Connors deal with a shock death and Josh moves in with Billy.