COLEEN Rooney topped up her tan in another glam bikini as she sipped on a Corona in Barbados.

The WAG, 34, was joined on the holiday by both her parents – including mum Colette – and the pair relaxed on the sandy beach after spending more than two weeks in the Caribbean. 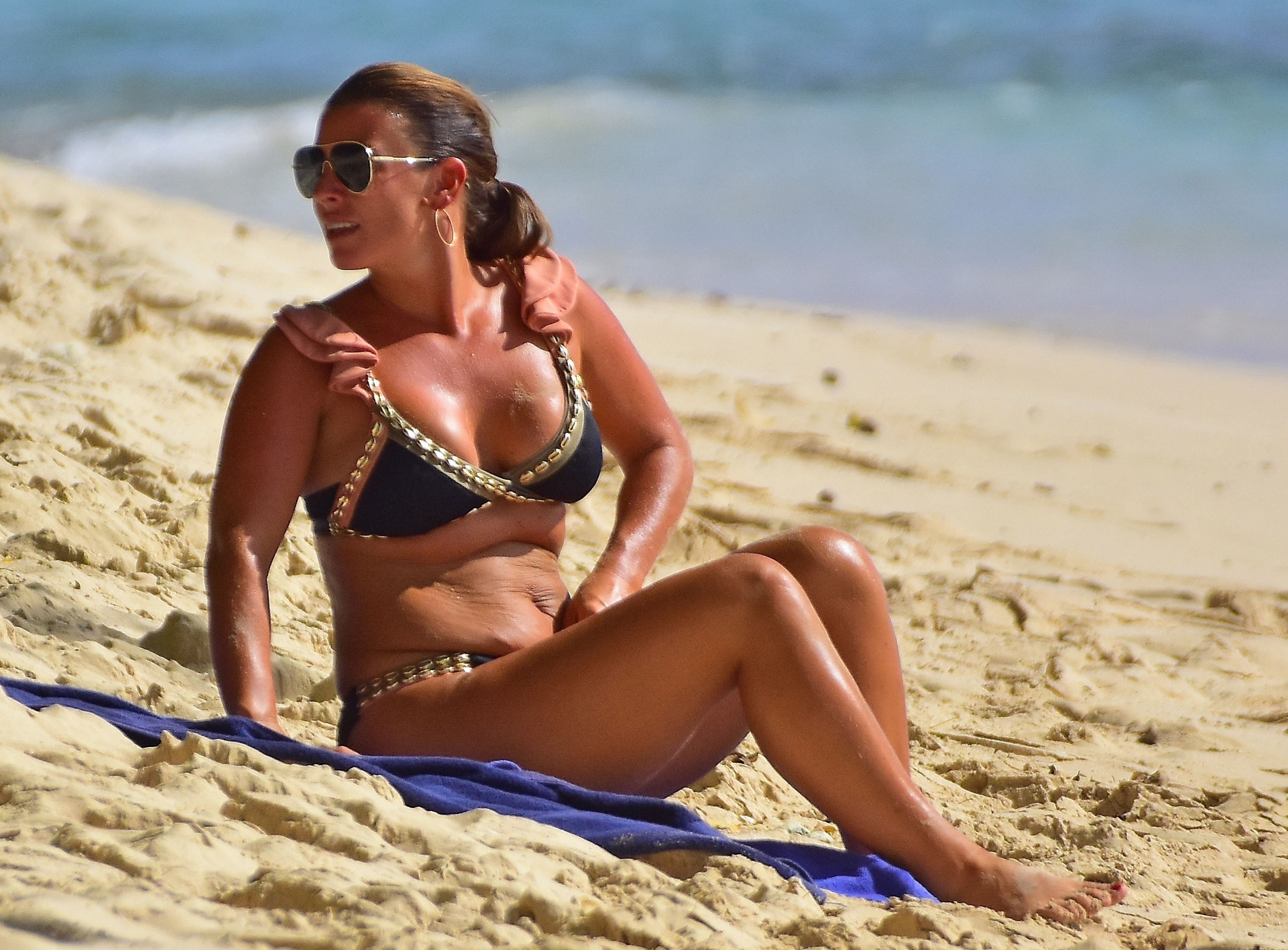 Mum-of-four Coleen wowed in a ruffled two-piece with gold seashell detailing, showing off her holiday tan before cooling down in the sea.

She was seen taking a dip and revealed her toned figure, despite insisting she'd put on weight and telling fans that she isn't pregnant.

Later, Coleen was seen grabbing some drinks and sitting on the beach next to her mum.

Husband Wayne, their kids sons Kai, ten, Kit, four, and Cass, two, and Klay, seven, are also in Barbados but left the women to their own devices. 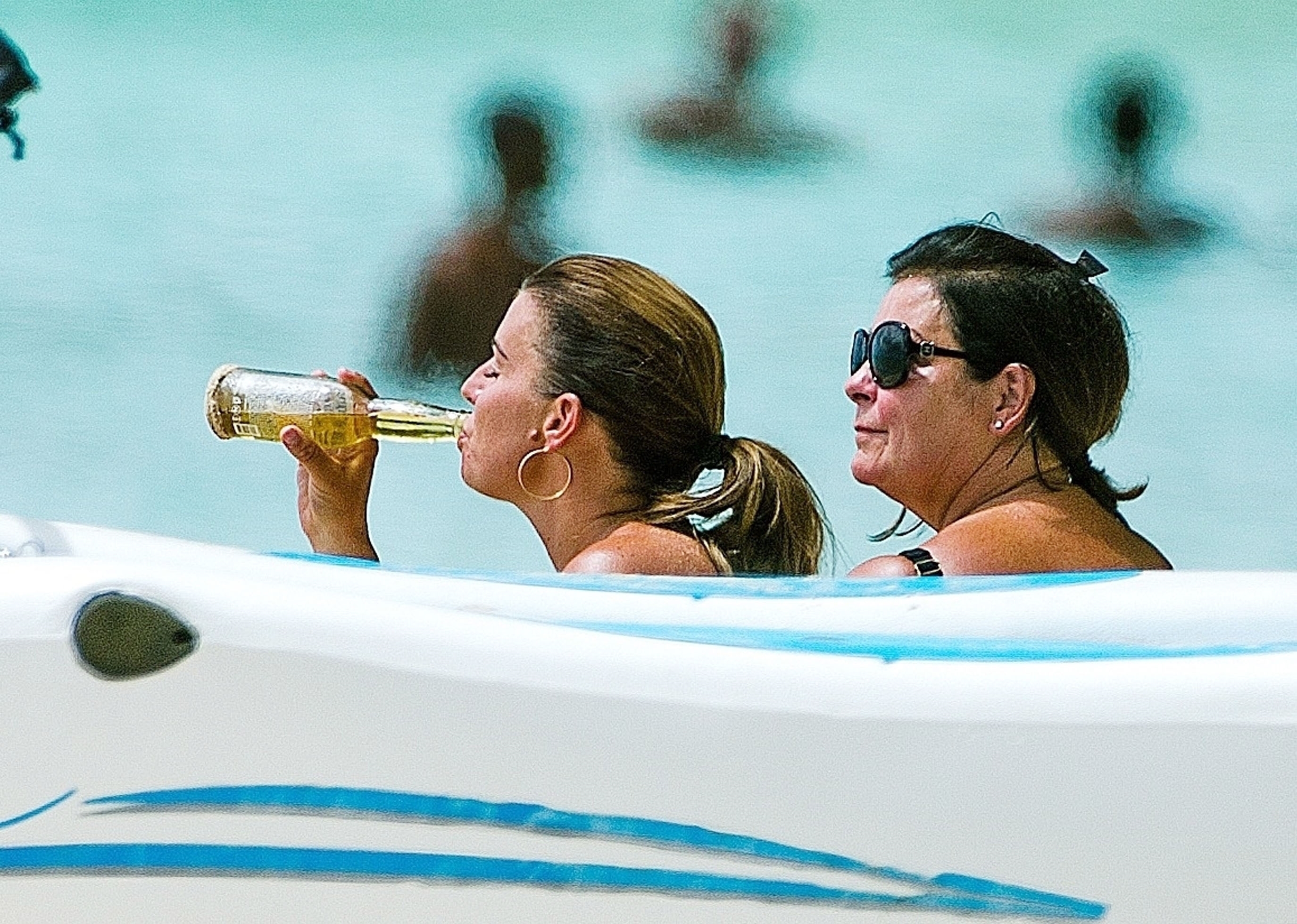 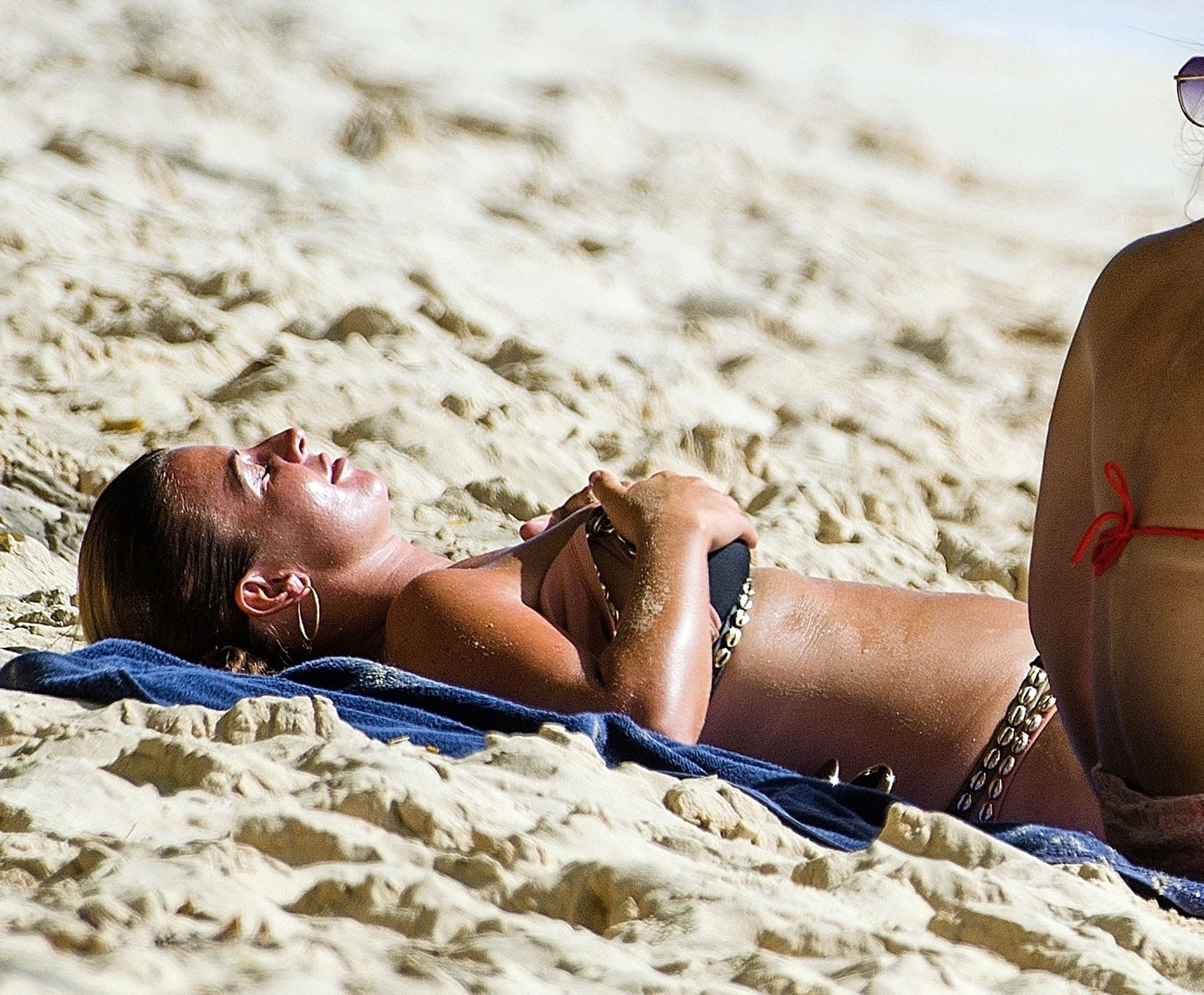 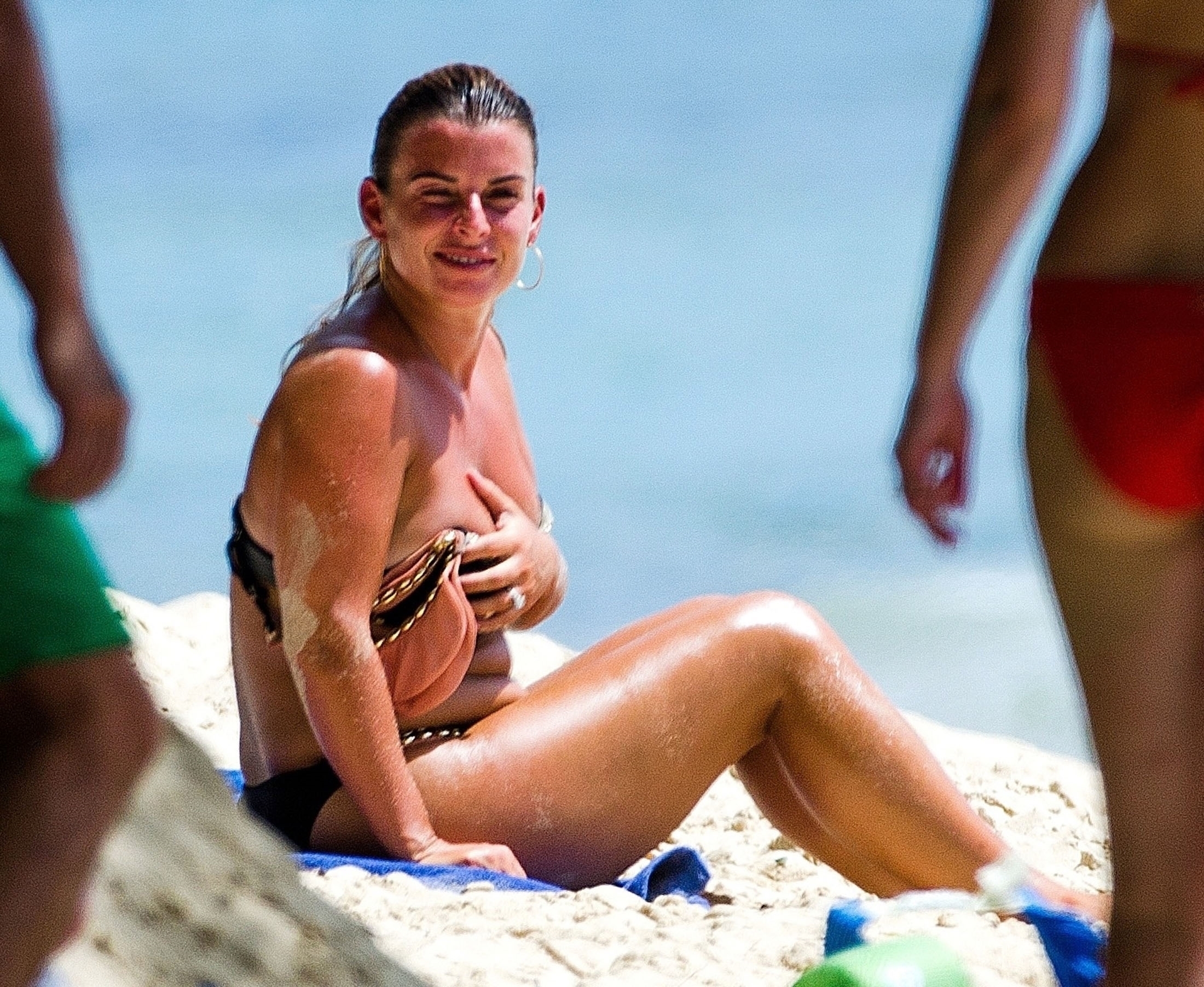 Wayne and Coleen are lapping up the Caribbean sun at the £25,000-a-week Royal Westmoreland luxury estate in Barbados.

They arrived on the island on July 26, and were pictured with around ten huge suitcases.

Insiders have revealed Coleen "doesn’t want to talk or think about" her looming High Court showdown with Rebekah Vardy during the stay at their five-bedroom holiday home.

“Coleen is looking forward to spending time with Wayne and the family,” the insider said. 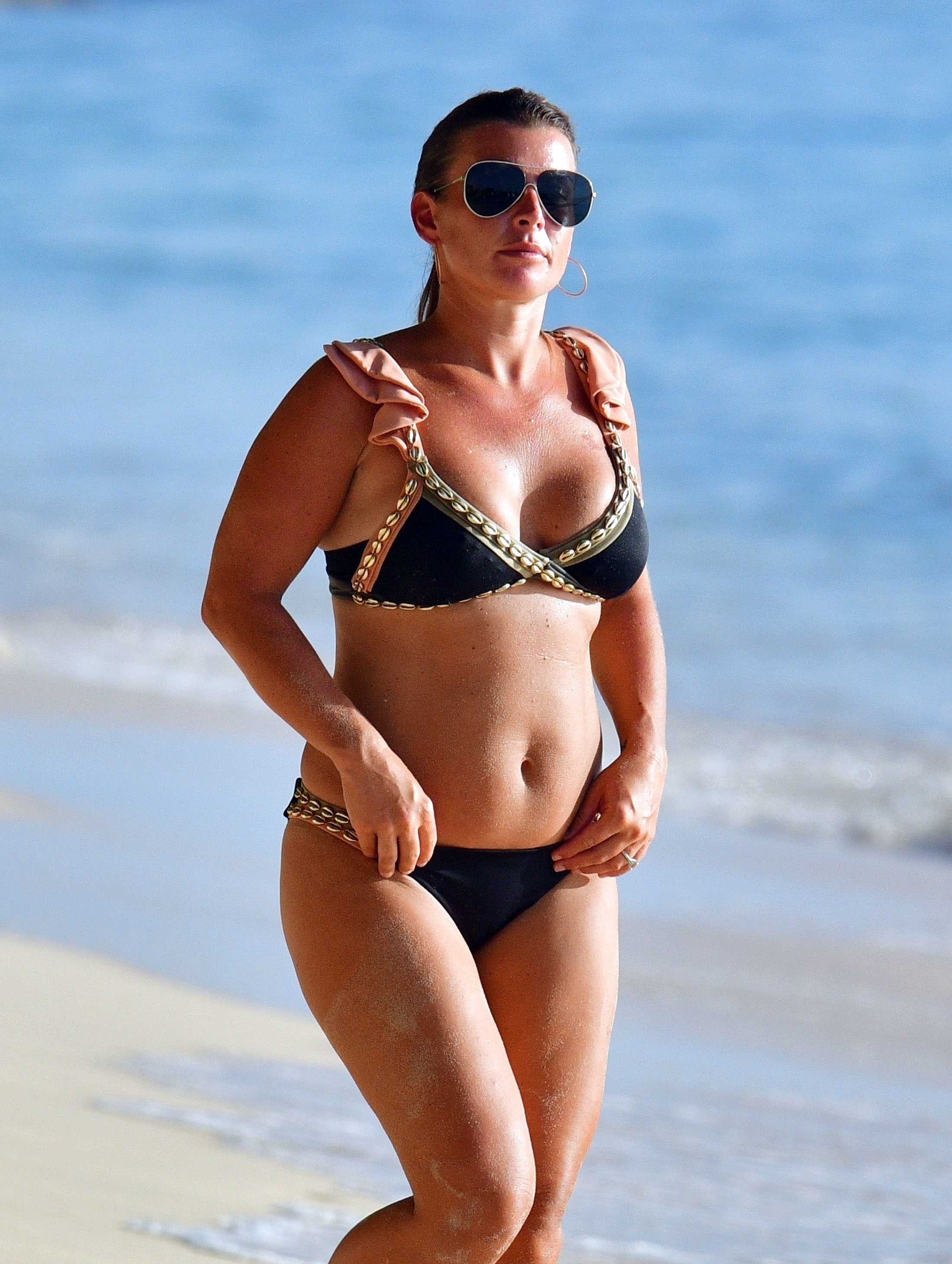 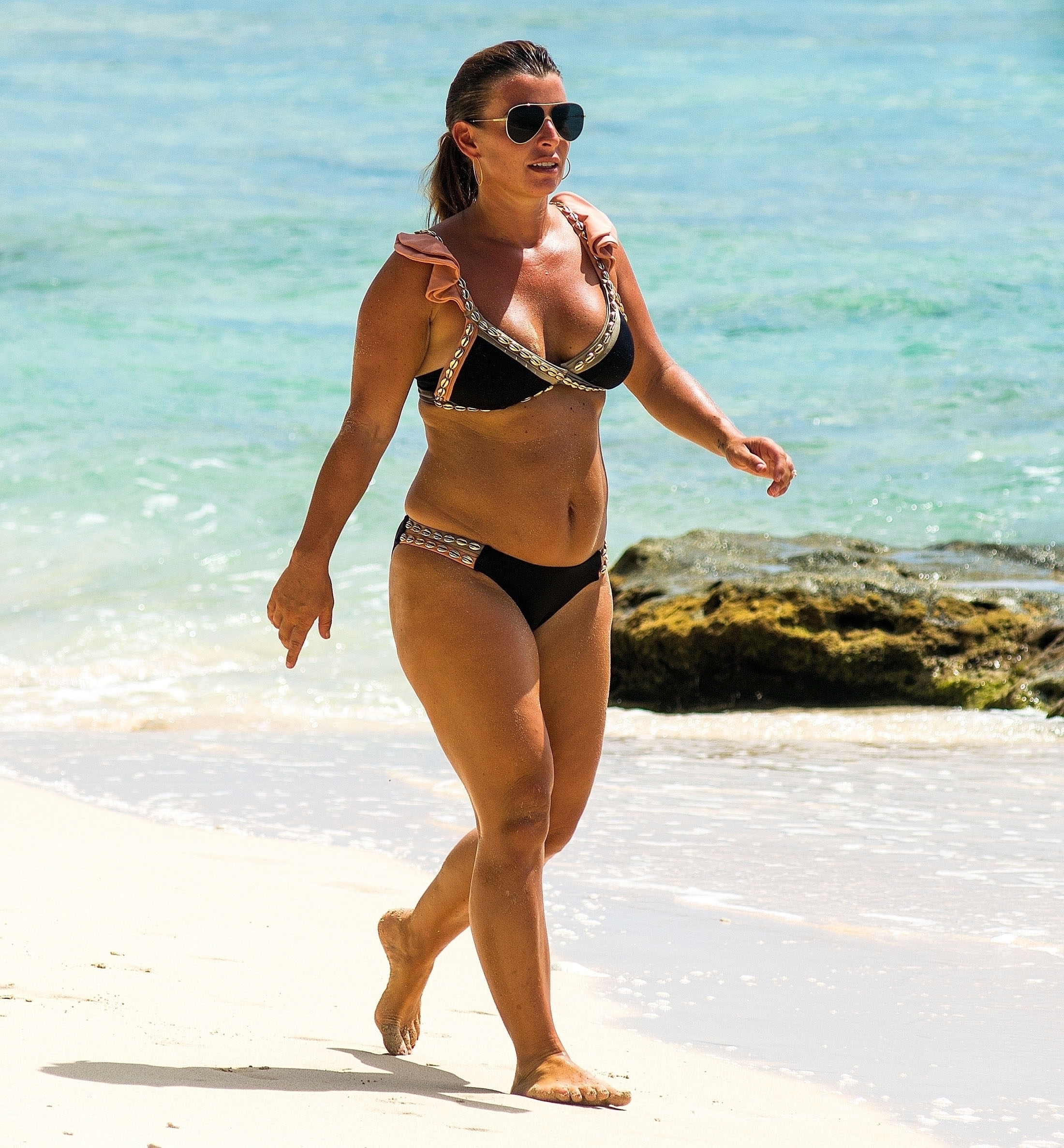 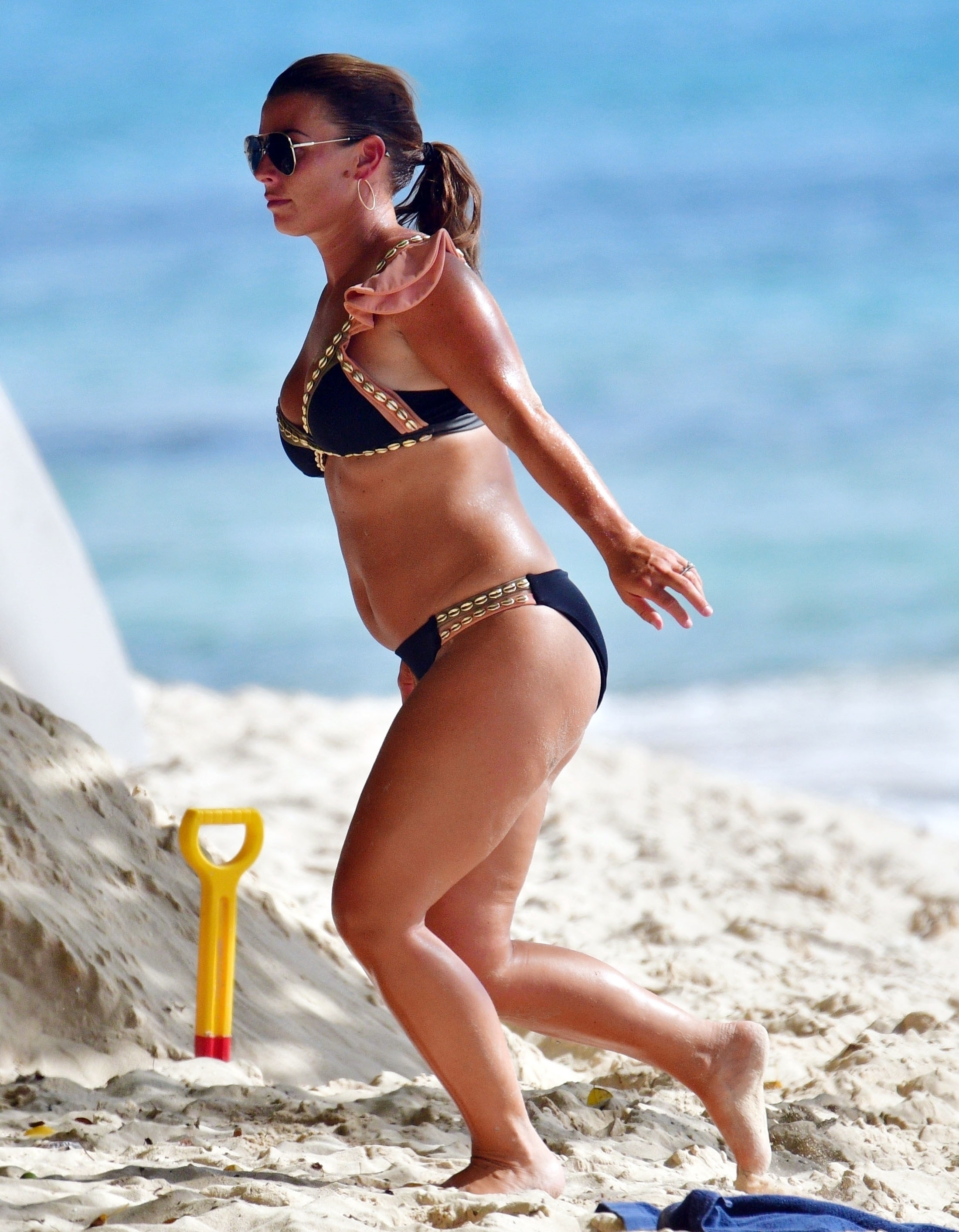 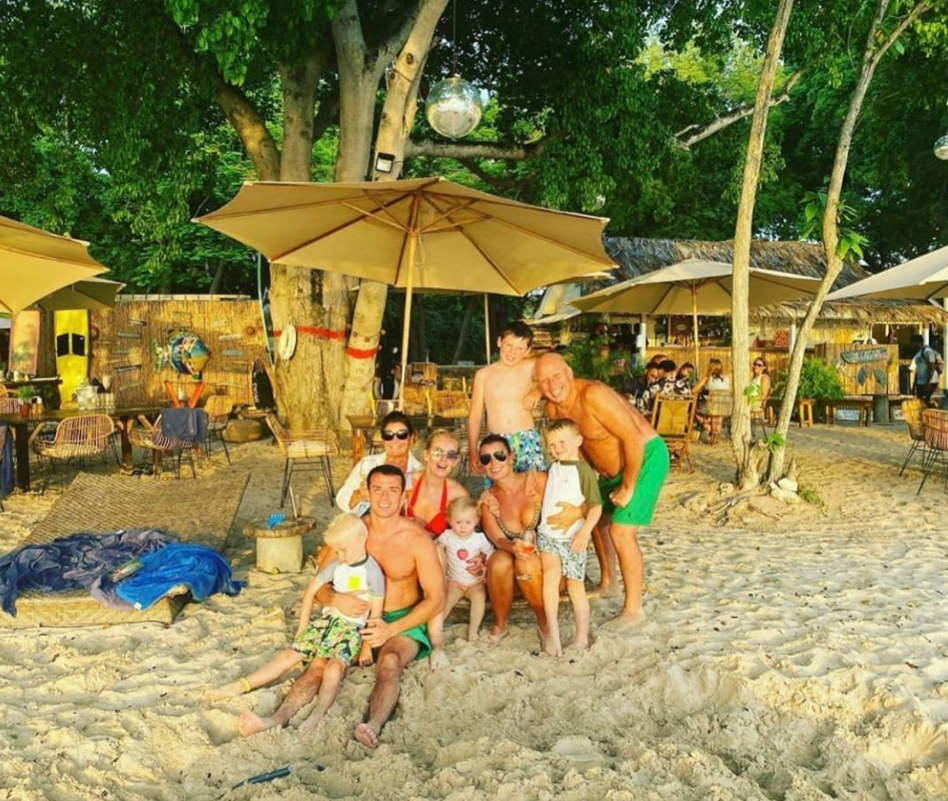 “It’s a much needed break.”

“There has been a lot of work going on in the past few weeks with regard to her row with Becky.

“But over the next fortnight she doesn’t want to talk to think about it. Coleen has been very firm about that.

“She has no regrets about what she did and is absolutely convinced the team she has in place to deal with the case will prove she was right all along.”

The insider adds that despite the growing tension and stress surrounding them, Coleen and Derby footballer Wayne are now "closer than ever". 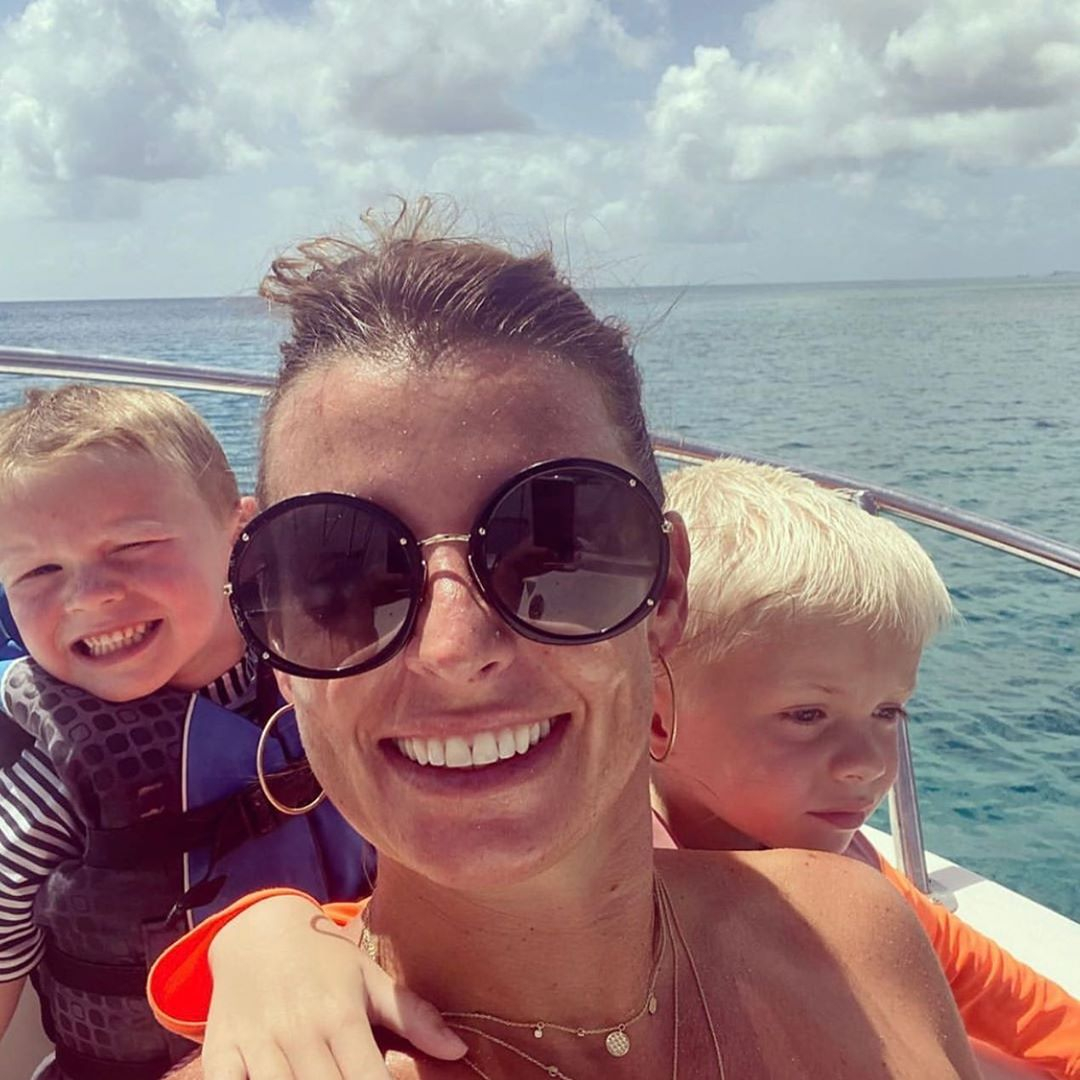 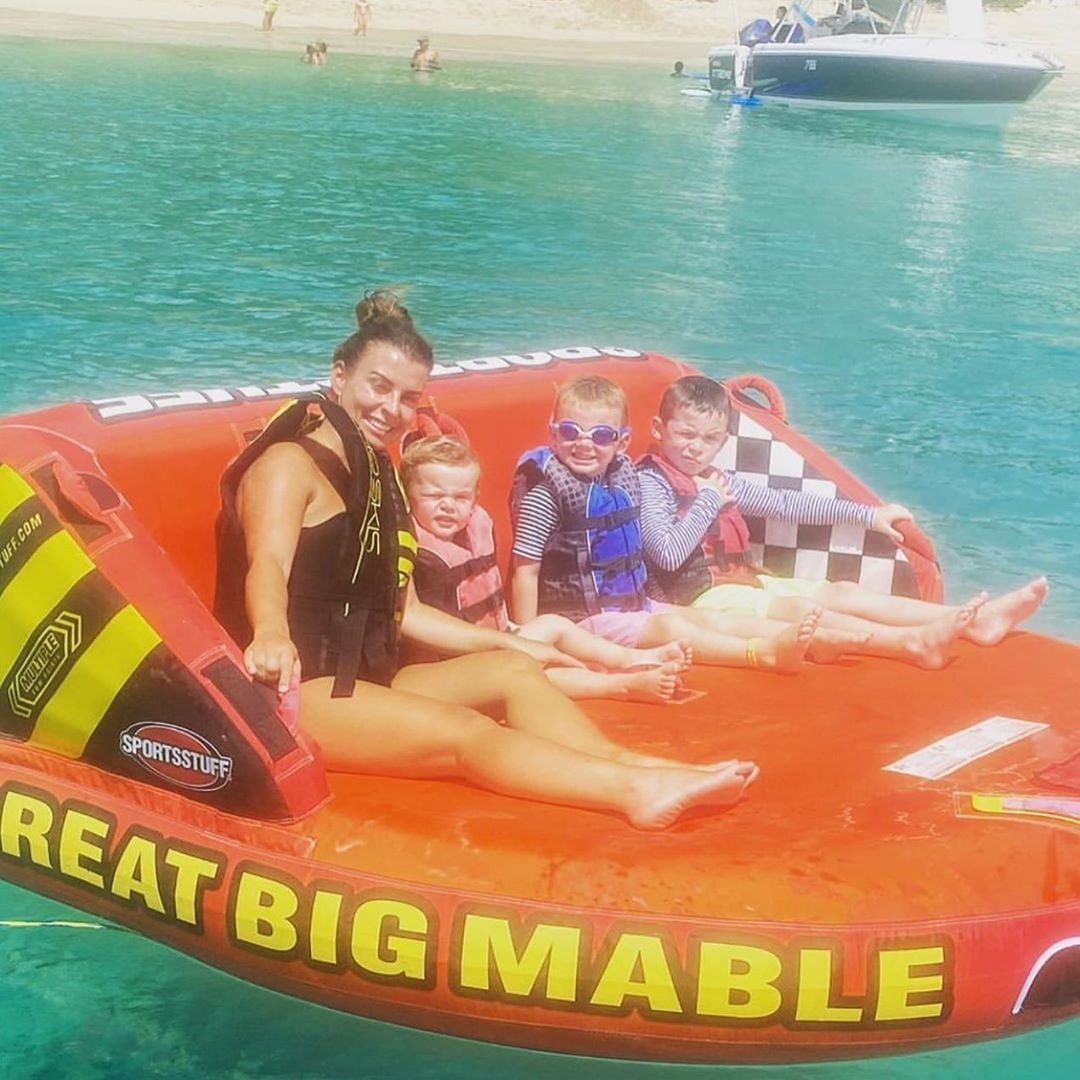 “If anything, this has brought them back together,” says the insider.

“Wayne has said to Coleen he will back her 100 per cent and he backs what she is doing.

“After all, Wayne has had to rely on Coleen standing by him enough times over the years.”

The holiday comes days after Becky, 38, submitted papers to the High Court as part of her libel case against Coleen. 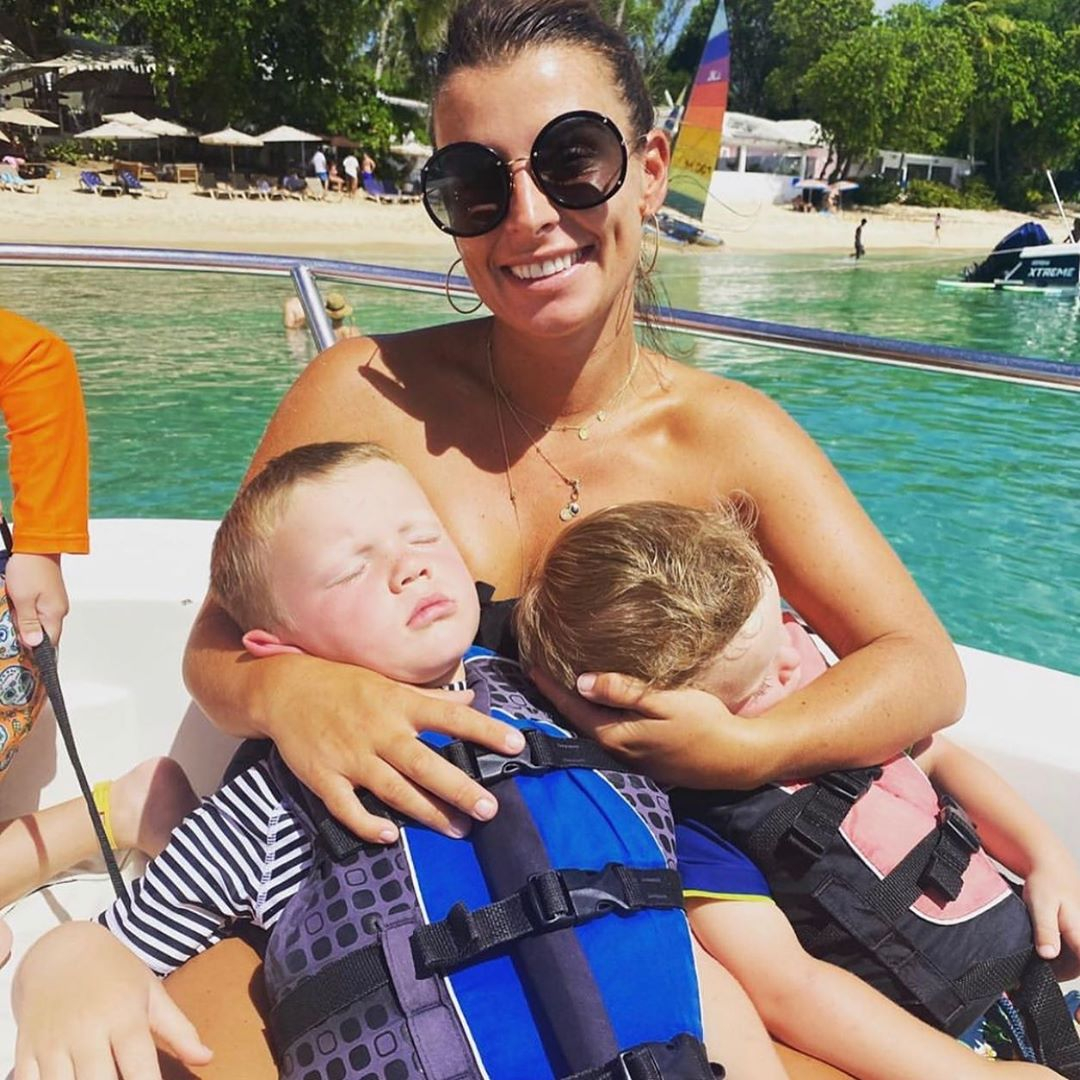 They set out how the I’m A Celebrity star, then heavily pregnant, had been "left suicidal" by Coleen’s now infamous public statement accusing her WAG rival of leaking stories on her.

Coleen claimed that she’d narrowed down who was selling details of her life by restricting who could see her Instagram Stories on her private account.

A number of stories were published in The Sun, after being put to her representatives. 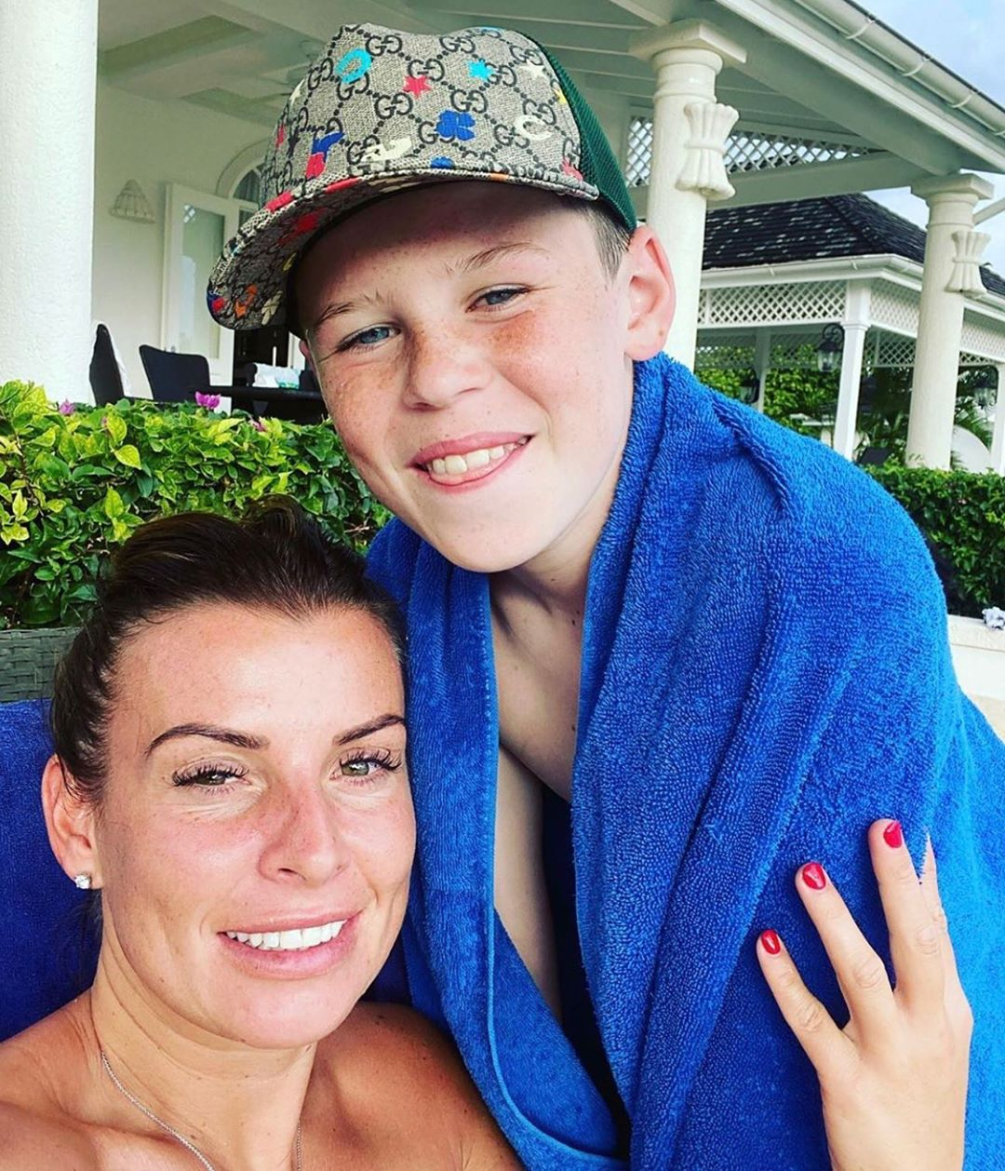