Cobra Kai fans were delighted when the third season of the hit series was released a week early on Netflix. However, many were disappointed when Aisha Robinson (played by Nichole Brown) was not among the returning cast of the show. Ahead of the release of season four, here’s what has been teased about her potential return.

Beginning on YouTube’s streaming service, Cobra Kai was initially a sleeper hit when it first launched.

However, the show’s arrival on Netflix catapulted it into one of the most-watched series on the streaming platform.

Season three landed at the beginning of January, almost two years after season two, much to fans’ delight.

Although, one star was missing when it returned to screens as Aisha did not appear. 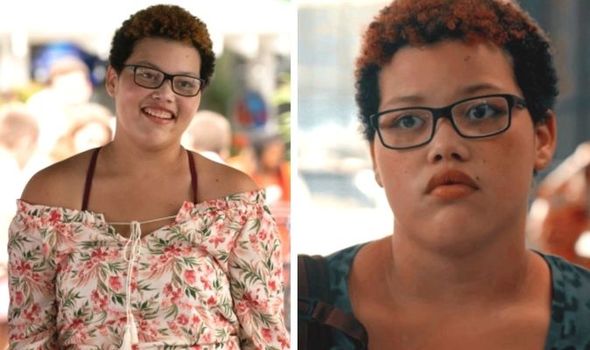 Viewers loved the character who turned to karate in order to stand up to students who were bullying her.

She was also the first female member of Johnny Lawrence’s (William Zabka) dojo.

However, when season three started, she was nowhere to be seen in the hit series.

Her absence was addressed as it was revealed she had been moved to a private school after the fight at West Valley High School, which ended season two. 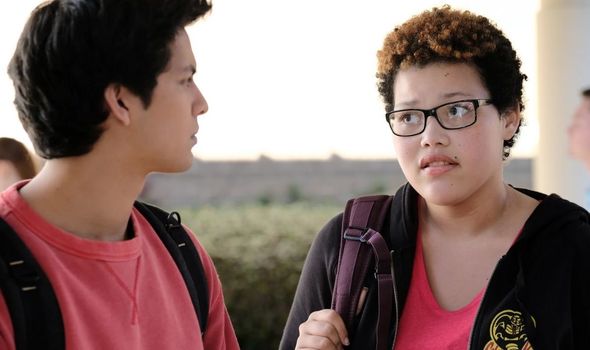 Actor Nichole Brown did address her exit back in November 2019.

She wrote on her Instagram story: “Officially NOT in season three of #CobraKai. Unfortunate, but thank you for the opportunity and time I had on the show.”

However, since then the star has been posting more about the success of the show and appearances at various comic-cons.

This has led some to wonder if she may actually make a comeback in season four of the series.

The door has not been shut, according to the show’s executive producer and co-showrunner Jon Hurwitz. 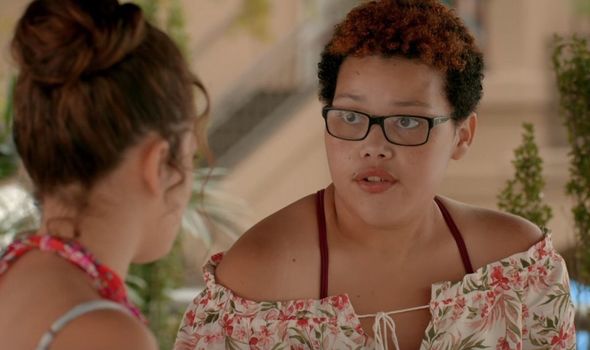 He said in an interview with TV Line back in December 2020 how they would love to have her back.

Hurwitz told the publication: “We love Aisha and we love Nichole Brown.

“Certain characters we loved in season one didn’t appear at all in season two, like Kyler (Joe Seo), Yasmine (Annalisa Cochrane) and Louie (Bret Ernst).

“Before the season, we told Nichole the same thing we told those actors: That just because a character doesn’t appear for a period of time doesn’t mean they’ve left the universe, that they can’t return again.

“We love that character, and perhaps we’ll see her again one day.”

Fellow co-showrunner Josh Heald also waded in on the rumours, revealing there was a lot more story to tell. 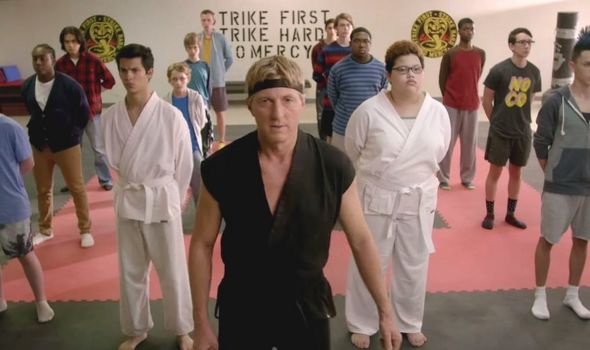 He added: “We have a long story left to tell.

“We tend to look at the show in a very long view, where entrances and exits are impactful and important.

“Sometimes people need to exit to make their [re-entry] a little bit different and bigger.”

So while it hasn’t been confirmed if Aisha will be back for certain in season four, the door has been left well and truly open for the star to make a comeback.

Cobra Kai seasons 1-3 are available to stream on Netflix now.