NEW mum Charlotte Crosby has revealed her post-baby body in a tiny mini skirt after heading out on a date night.

The former Geordie Shore star, who welcomed her first child with her boyfriend Jake Ankers in October, got all dressed up to head out. 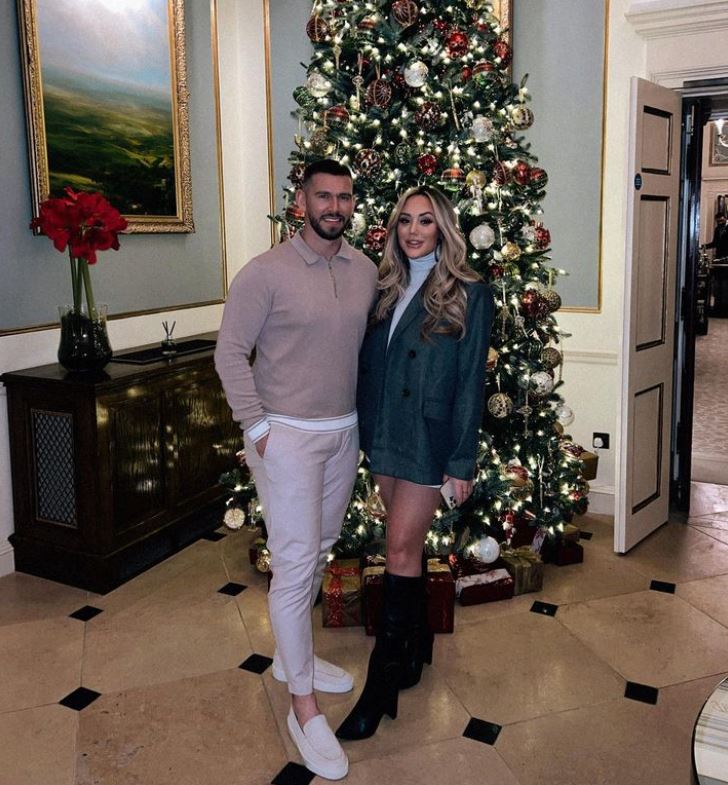 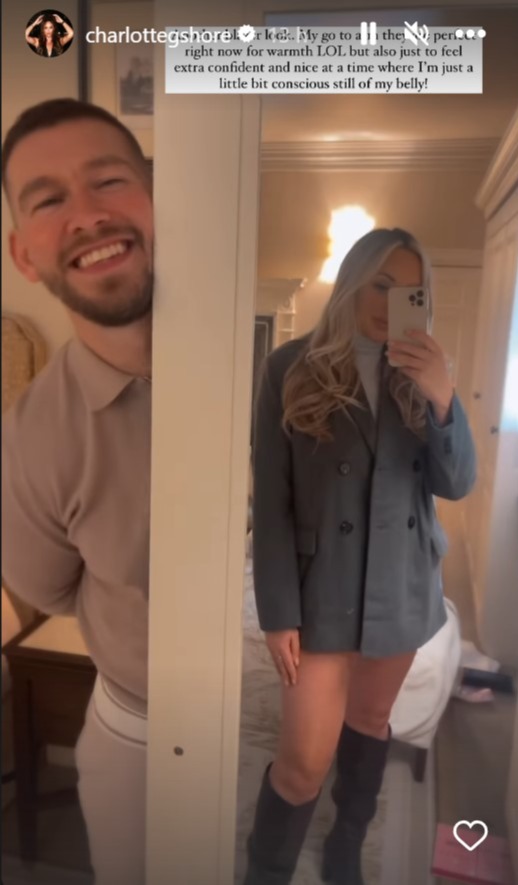 Charlotte, 32, who has been busy looking after Alba Jean since her birth two months ago, had a rare night off for a romantic date night.

The reality TV star took to her Instagram stories to reveal that she and Jake, 33, had headed on a spa break together this week.

The couple drove off to Grantley Hall to relax poolside, before Charlotte got all dolled up for a date night.

She filmed herself in a selfie video, letting her long blonde hair flow down her chest in loose curls, as she opted for a glam make-up look. 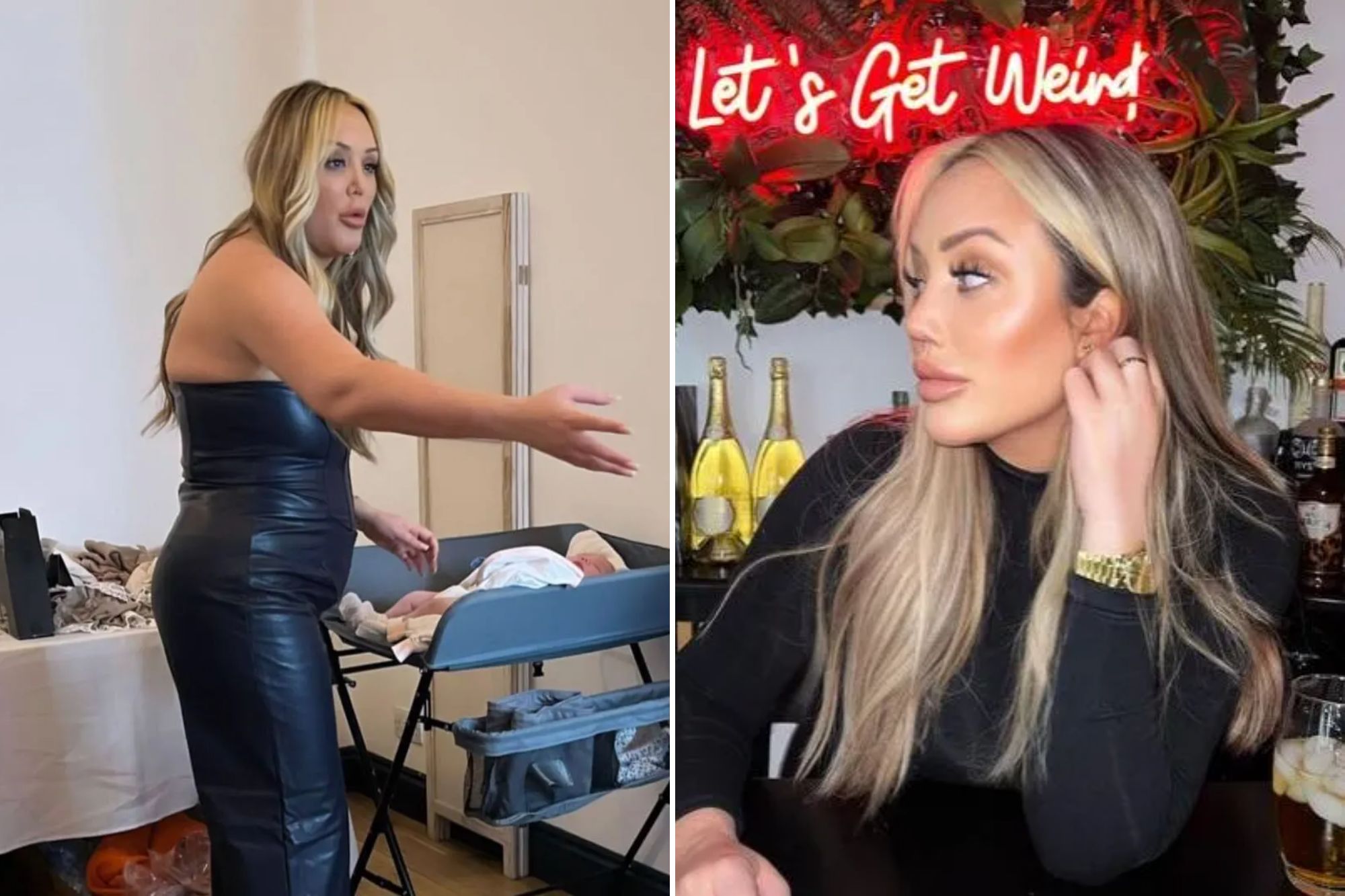 Charlotte then showed off her outfit as she and Jake danced round their hotel room, donning a light grey sleeveless turtleneck.

She paired the top with an oversized grey blazer over the top of the mini skirt, which she wore with knee-high leather boots.

"Another blazer look, my go-to at the moment as they are perfect right now for warmth," she penned on top of the snap.

"But also just to feel extra confident and nice at a time when I'm just still a little bit conscious of my belly." 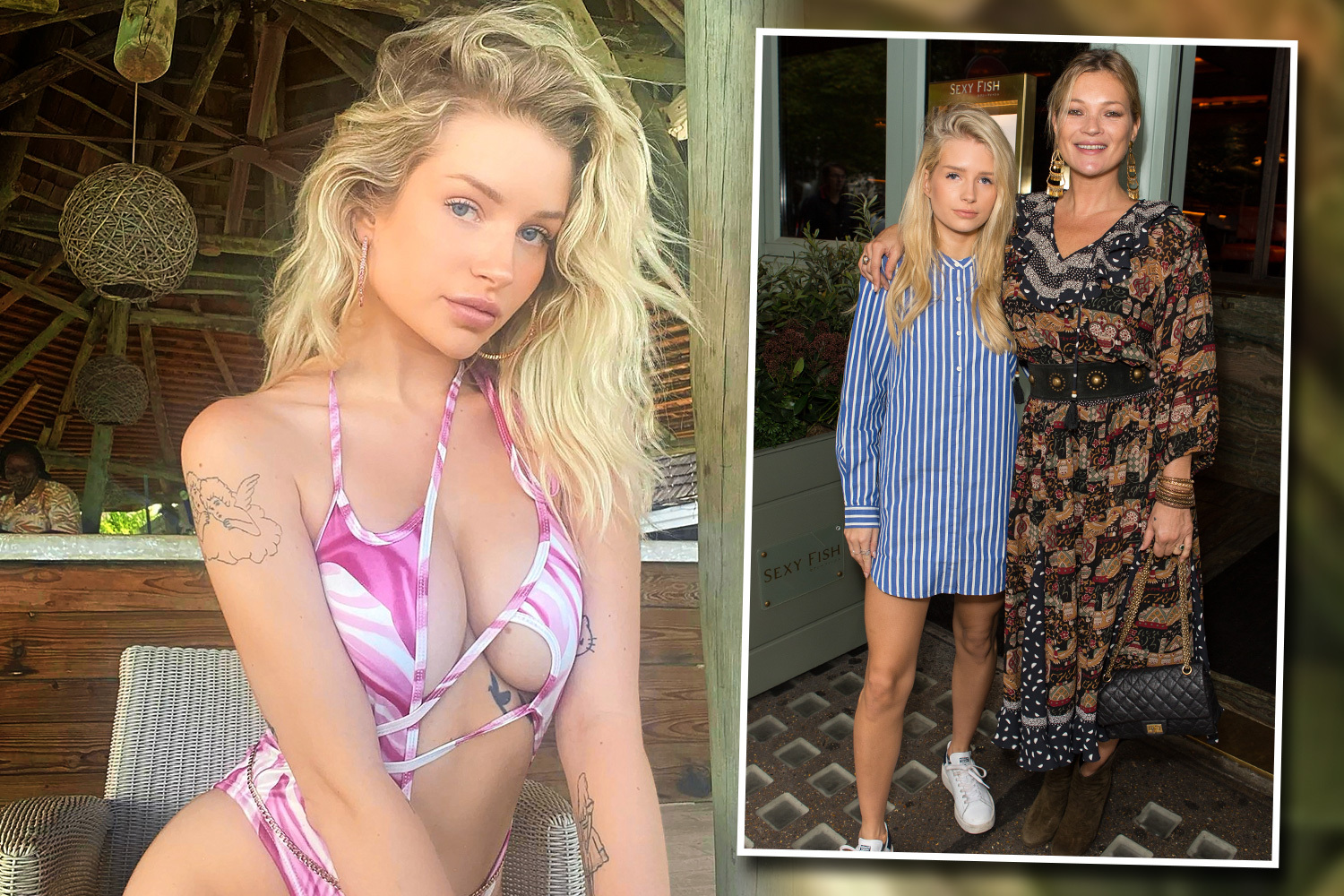 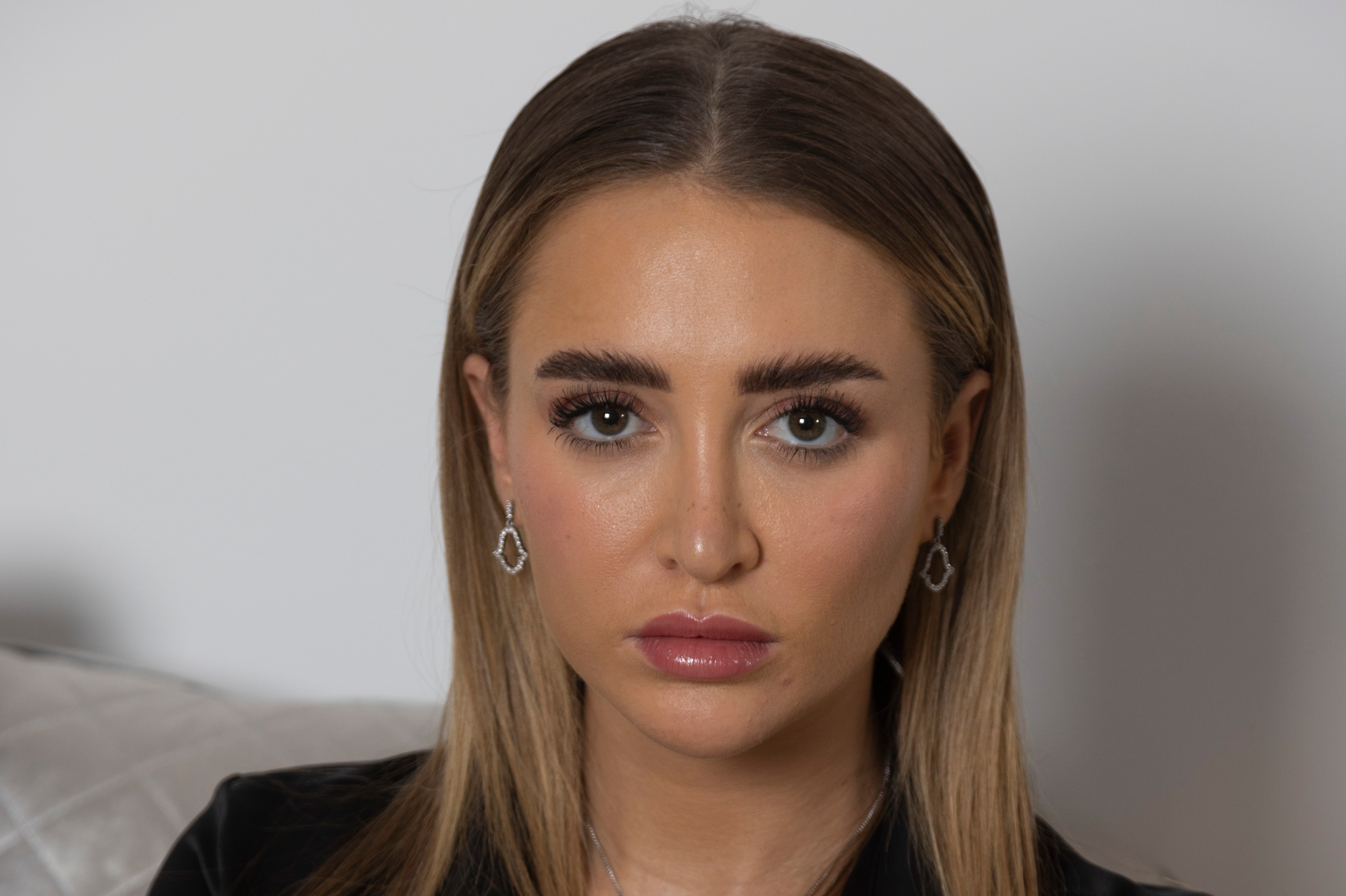 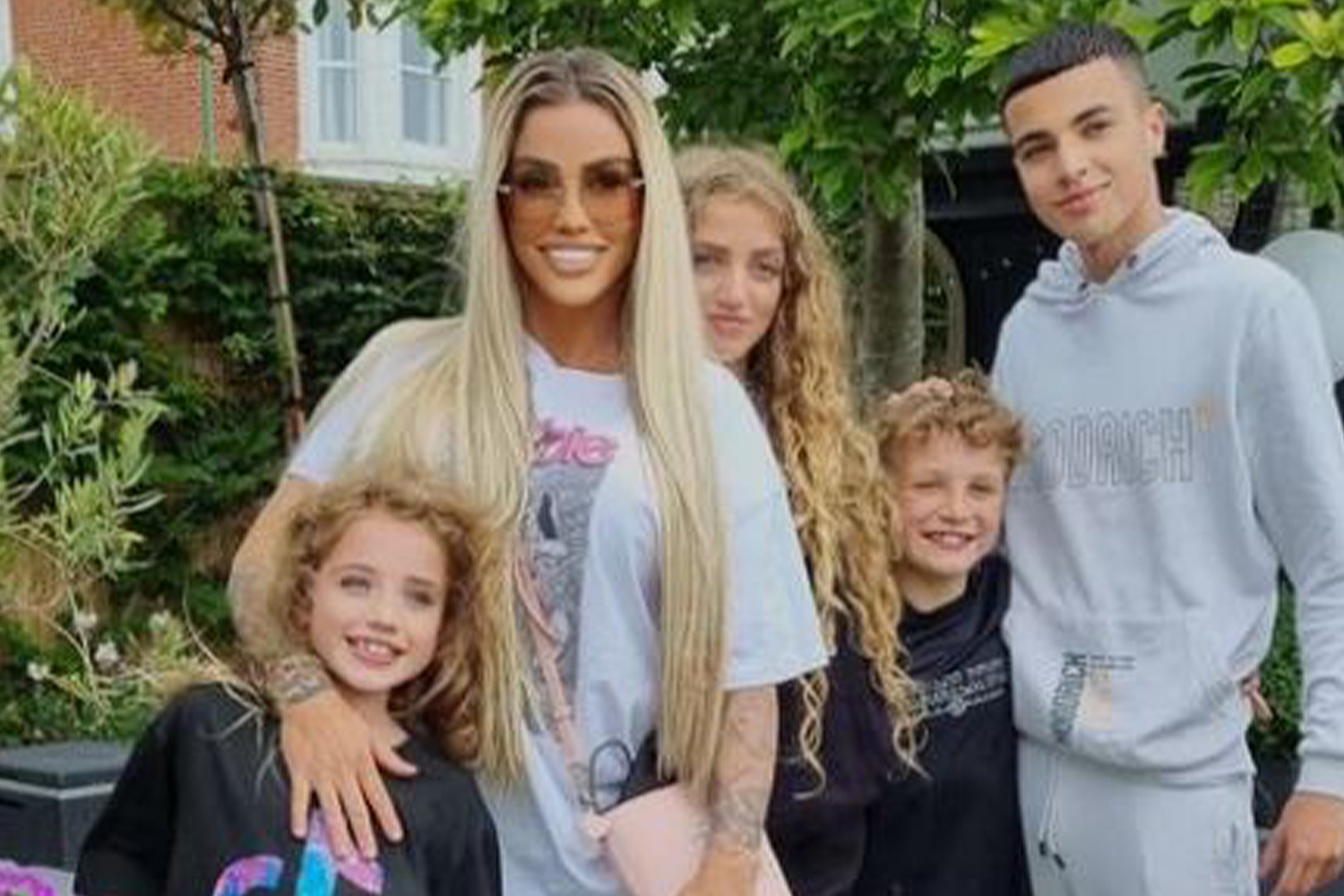 It comes after Charlotte was cruelly targeted after admitting to exercising again just weeks after giving birth to her first child.

The notoriously honest star has been keen to give fans a real and raw look into her post-baby exercise routine.

She admitted she sometimes only gets a chance to work out for '15 or 20 minuets a day' as the rest of her day is consumed by looking after her adorable tot.

The mum-of-one shared a workout video to her stories of her exercising in a pink top and admitted to fans she deliberated whether or not to post the workout clips.

The new mum wrote: "I didn't wanna upload these. But then I thought no don't be ashamed.

"You're trying your hardest, I can look back at this as progress! "I'm actually embarrassed about how unfit and out of shape I am…

"I feel like I should have tried to keep this up through my pregnancy but my pregnancy was absolutely HORRID."

Despite aiming to be candid and honest through her social media posts, Charlotte found herself the cruel target of social media trolls who 'mum shamed' her.

Some cruel fans ludicrously suggested she was putting exercise over parenting duties, telling her to "calm down".

The negative comments came after the reality TV beauty previously received a positive response for being honest about her post baby body. 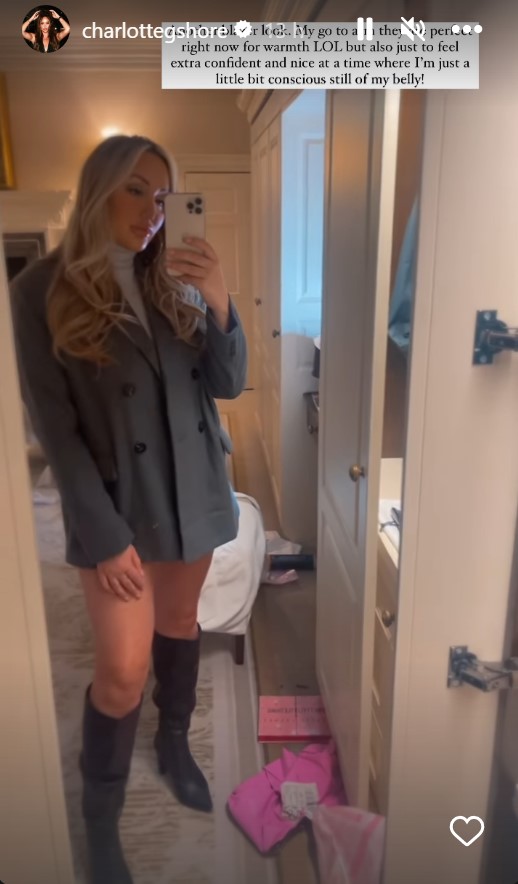