John Torode was back on Celebrity MasterChef tonight with co-host Gregg Wallace and the two welcomed four new contestants, with one looking very much like Gregg himself. However, fans threatened to switch off tonight as Gregg continued to mispronounce a word and hit out at the judge on Twitter.

Dominic Littlewood, Phil Daniels, Sam Quek, Baga Chipz, and Karen Gibson were all welcomed to the kitchen tonight, and first up was the market challenge.

The contestants were asked to create one plate of food from whatever they could find in the MasterChef Market.

Dominic Littlewood decided to make a sort of ‘fry-up’ by placing a load of ingredients including sausage and chips and eggs onto a baking sheet and chucking it in the oven.

However, fans were furious with Gregg as he continued to pronounce ‘chorizo’ differently. 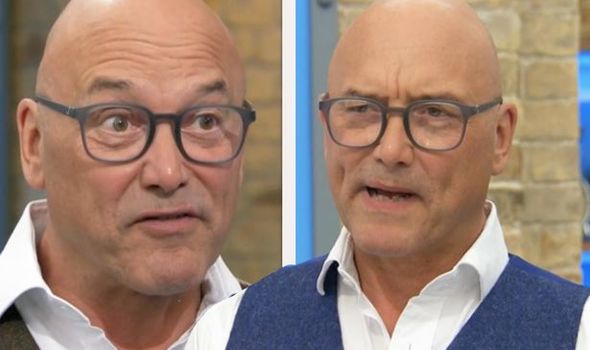 One fan tweeted: “If Greg Wallace calls it choritzo one more time I’m going to scream. There’s no T in chorizo #MasterChef #celebritymasterchef.”

Another said: “How difficult is it for a food “professional” to pronounce chorizo properly Gregggggggggggg? #celebritymasterchef #masterchef.”

A third slammed: “Switching off #MasterChef – get Gregg to pronounce words properly please.”

And one more said: “HOW CAN SOMEONE AT THE HEAD OF A COOKING PROGRAMME not know how to pronounce chorizo?! #MasterChef.”