Celebrity Big Brother is set to air footage on Friday night that may have major implications for Jermaine Pennant’s marriage.

The footballer went into the house last week amid controversy for spilling gossip about friend Ashley Cole and his ex-wife Cheryl’s scandalous marriage, but it’s the future of his own relationship that’s now being called into question.

Earlier this week, fans called out the former Arsenal and Liverpool winger when he passionately kissed model Chloe Ayling’s thigh during a saucy round of Spin the Bottle. 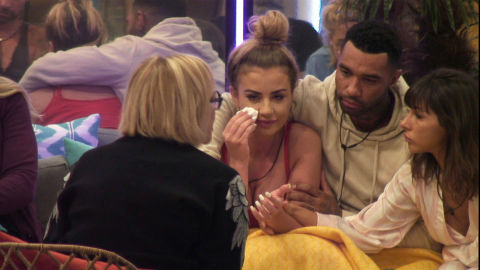 Viewers suspected that he’d be “coming home to a divorce” and should have “shown some respect for his wife” because, yes, Jermaine has been married to former glamour model Alice Goodwin for four years.

It looks like there’s more drama to come because Thursday’s highlight show ended with a preview for Friday night’s episode, in which viewers will apparently see Chloe share a genuinely unsettling secret with Rodrigo Alves.

Chloe revealed that Jermaine had written her a secret message and passed it to her through her makeup compact to conceal it from the camera, with the note apparently reading: “I like you.” 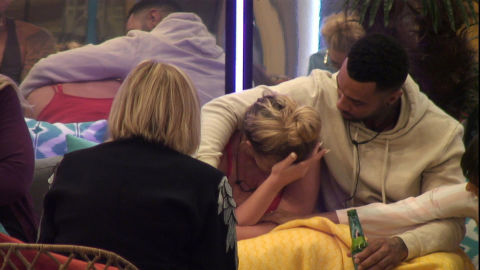 Guess who didn’t think the message was cute? Celebrity Big Brother viewers — they’re already disgusted that a) Jermaine wrote the note and b) Chloe seems to have no issue flirting with a married man.

There is a less serious layer to this issue as well. These two were allegedly passing along secret notes, which is in direct violation of Big Brother rules.

Fans will have to tune in on Friday to see what these two are truly up to, and find out if they get punished for breaking one of Big Brother’s most sacred guidelines. Oh, and there’s a live eviction too!