For nearly everyone involved in Star Wars, the saga defined their careers. This was certainly the case for the late Carrie Fisher. While she took on a number of roles — in addition to being a writer and humorist — Fisher will always be remembered as Princess Leia Organa. And one particular moment in the original Star Wars trilogy stood out the most for Fisher. 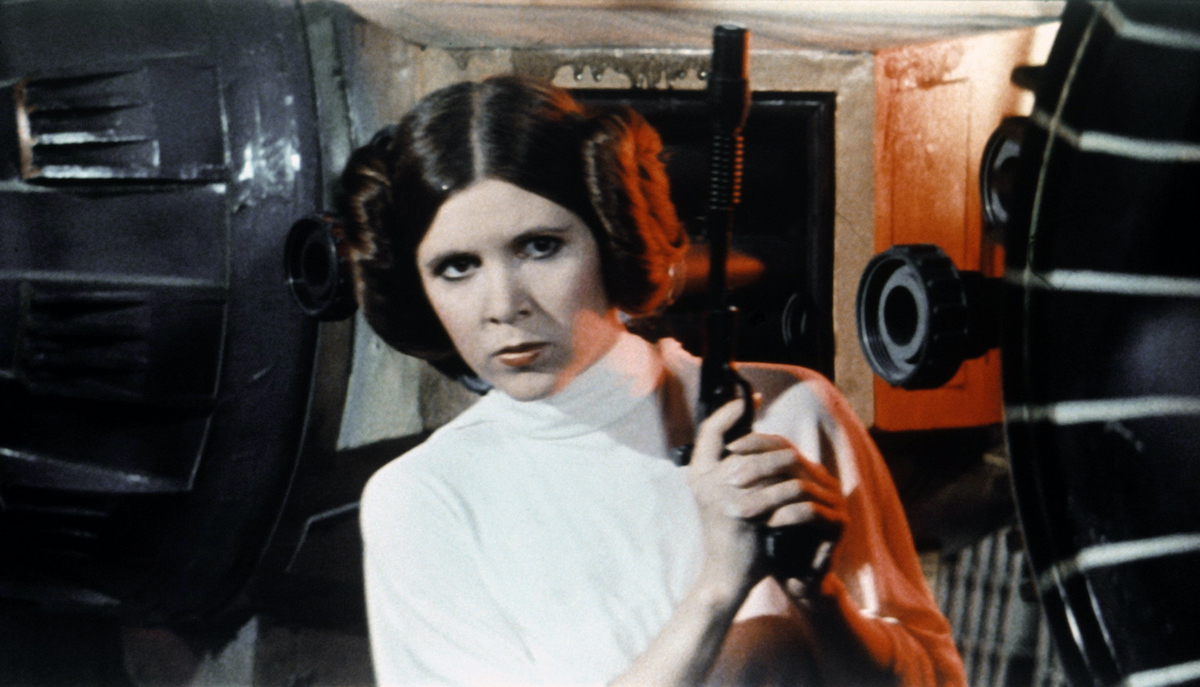 The daughter of the legendary Debbie Reynolds, Fisher made her film debut in 1975’s Shampoo. But two years later, she landed the role of a lifetime in George Lucas’ ambitious space opera. Playing Princess Leia in Star Wars made Fisher a household name overnight. In the following years, she, of course, reprised the role for the two sequels, released in 1980 and 1983.

And while Fisher’s relationship with and attitude toward the saga has fluctuated over the years, she ultimately made peace with Leia. In fact, the actor returned for the sequel trilogy in 2015, reuniting with co-stars Harrison Ford and Mark Hamill. Fisher died after filming The Last Jedi, however, and archive footage was used to end her storyline thereafter.

The actor once shared her favorite moment as the iconic character

Movie magic aside, Fisher worked on five of the nine installments in Star Wars’ Skywalker saga. That’s a lot of time and energy invested in bringing the “galaxy far, far away” to life. But there’s one moment from filming the movies that stood out the most to the actor. And in an interview with The Guardian in 2014, Fisher revealed her favorite sequence to shoot.

“I had a lot of fun killing Jabba the Hutt. They asked me on the day if I wanted to have a stunt double kill Jabba. No! That’s the best time I ever had as an actor. And the only reason to go into acting is if you can kill a giant monster.”

Ironically, the scene in which Leia kills Jabba and frees herself from his palace involves one of Fisher’s least favorite elements of Star Wars: Leia’s golden bikini. Over the years, the actor has been very upfront about how uncomfortable that costume was. So perhaps she loved filming Jabba’s death scene because she was able to channel her frustration into the scene.

Of course, Leia’s actions against Jabba the Hutt is just one of many memorable moments Fisher gave Star Wars fans. The character remains a favorite in the entire saga because of her strength, vulnerability, and wry humor, all of which came directly from Fisher. To that end, it’s unfortunate that the actor never got the chance to complete Leia’s journey as intended.

Prior to Fisher’s death, Leia would have taken center stage in the final film of the Star Wars sequel trilogy. After all, The Force Awakens and The Last Jedi had previously given Ford and Hamill the spotlight. And so The Rise of Skywalker indeed would have served Leia’s story. As it stands, the movie does what it can with limited resources. At least fans have the memories.