MANY busty celebs like Megan Fox and Kourtney Kardashian have been spotted going braless.

The stars have been known to show off their figures as they dare to go bare in risky tops. 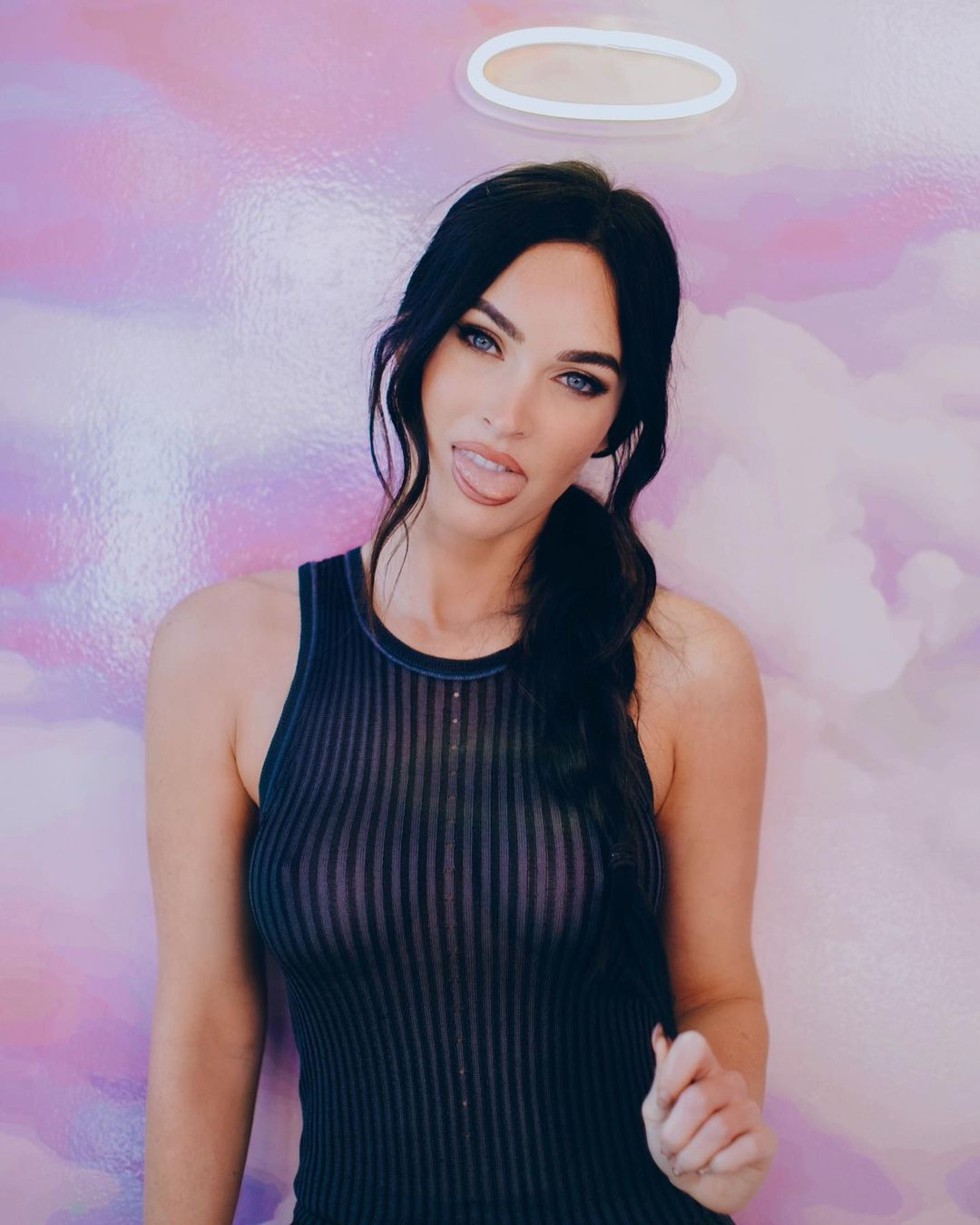 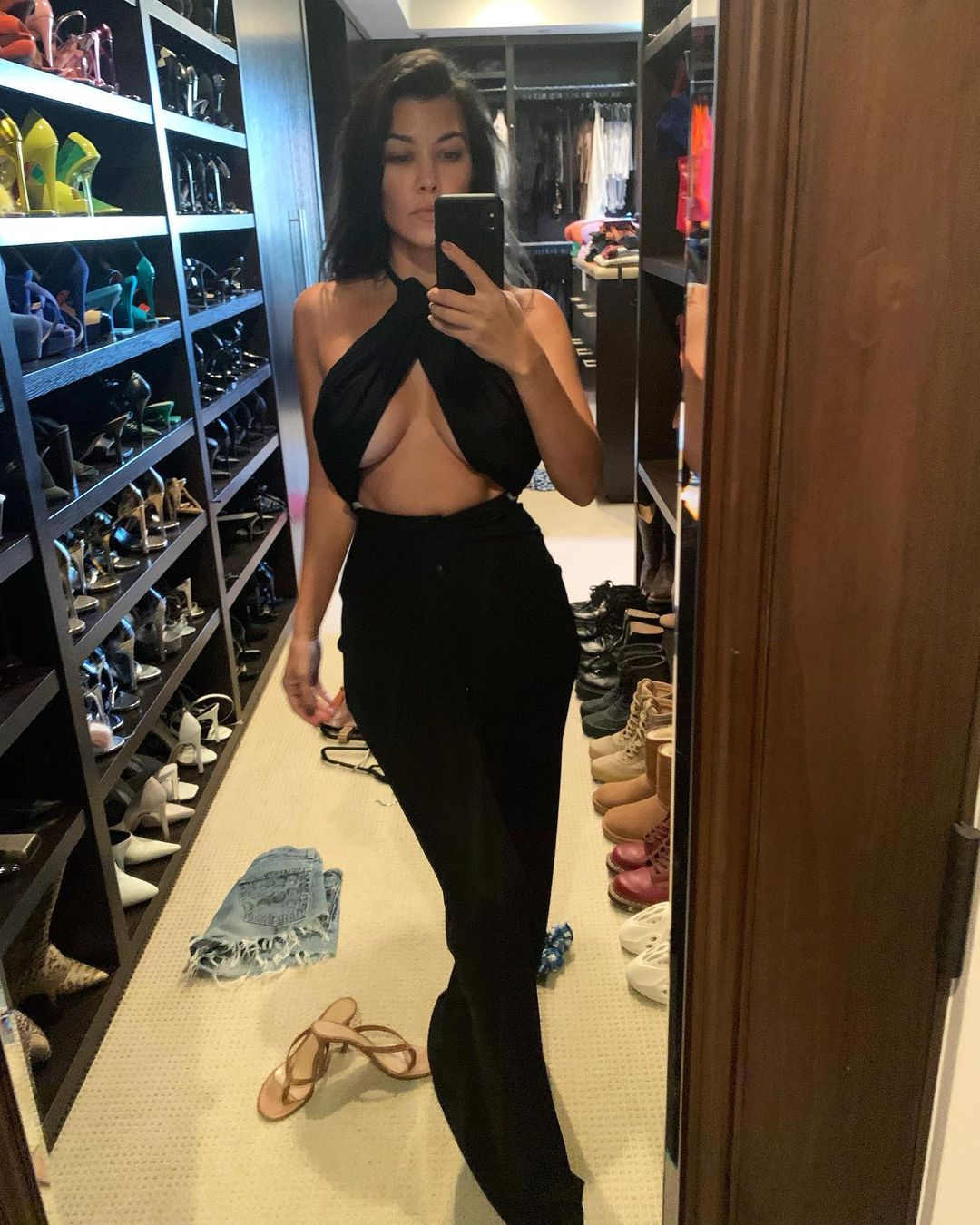 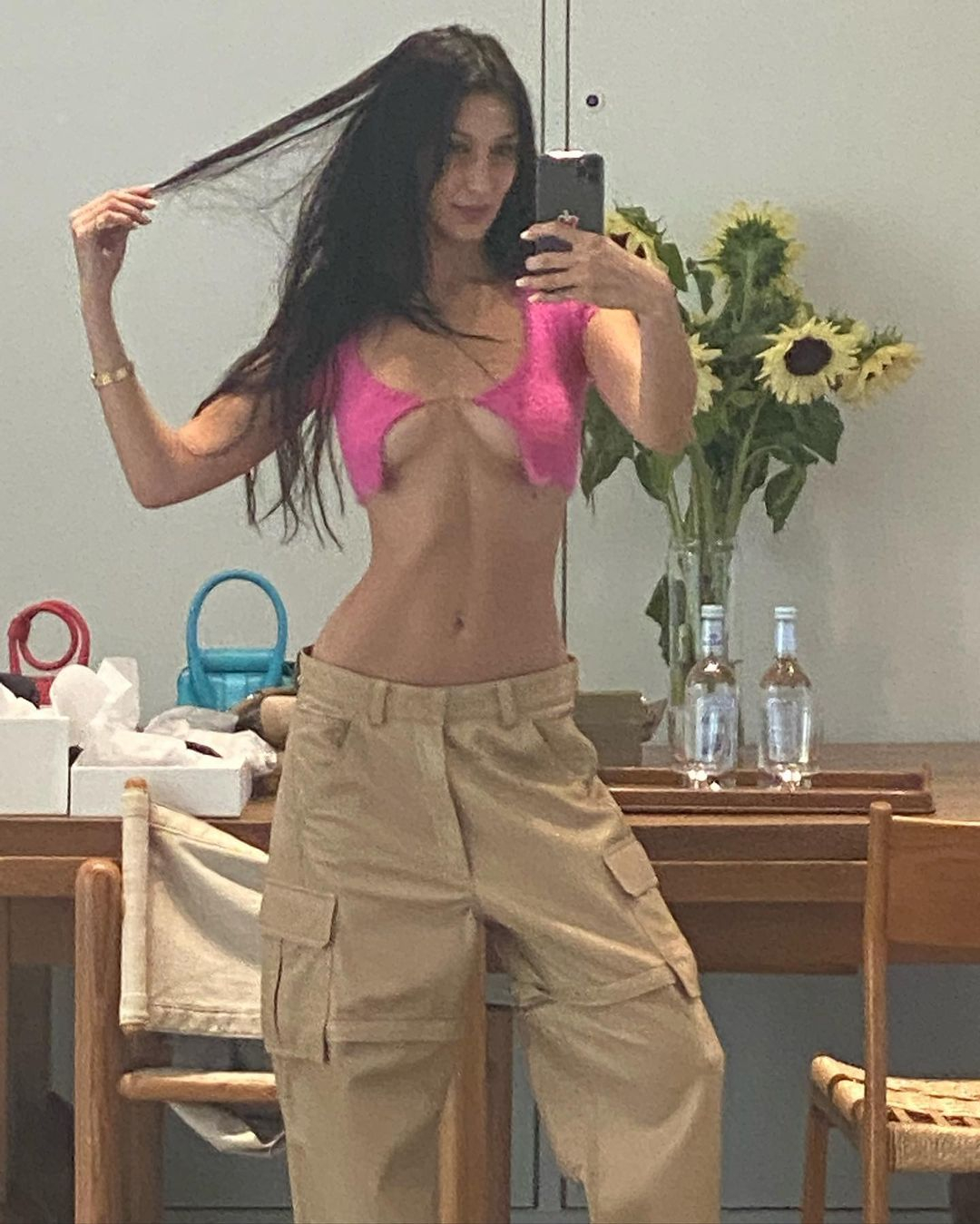 One celeb that has never been afraid to show a little skin is Megan, who has been spotted out and about going braless.

The 35-year-old actress regularly shares photos with her cleavage on full display on social media.

Back in May, the star posed alongside boyfriend Machine Gun Kelly, 31, as she stunned in a sheer black dress with cut-outs that revealed her cleavage and flat stomach.

MGK stood behind Megan, while he matched his girlfriend in a black suit with an unbuttoned white shirt.

Referencing the broom behind the couple, she captioned the post: “it’s the broom for me.” 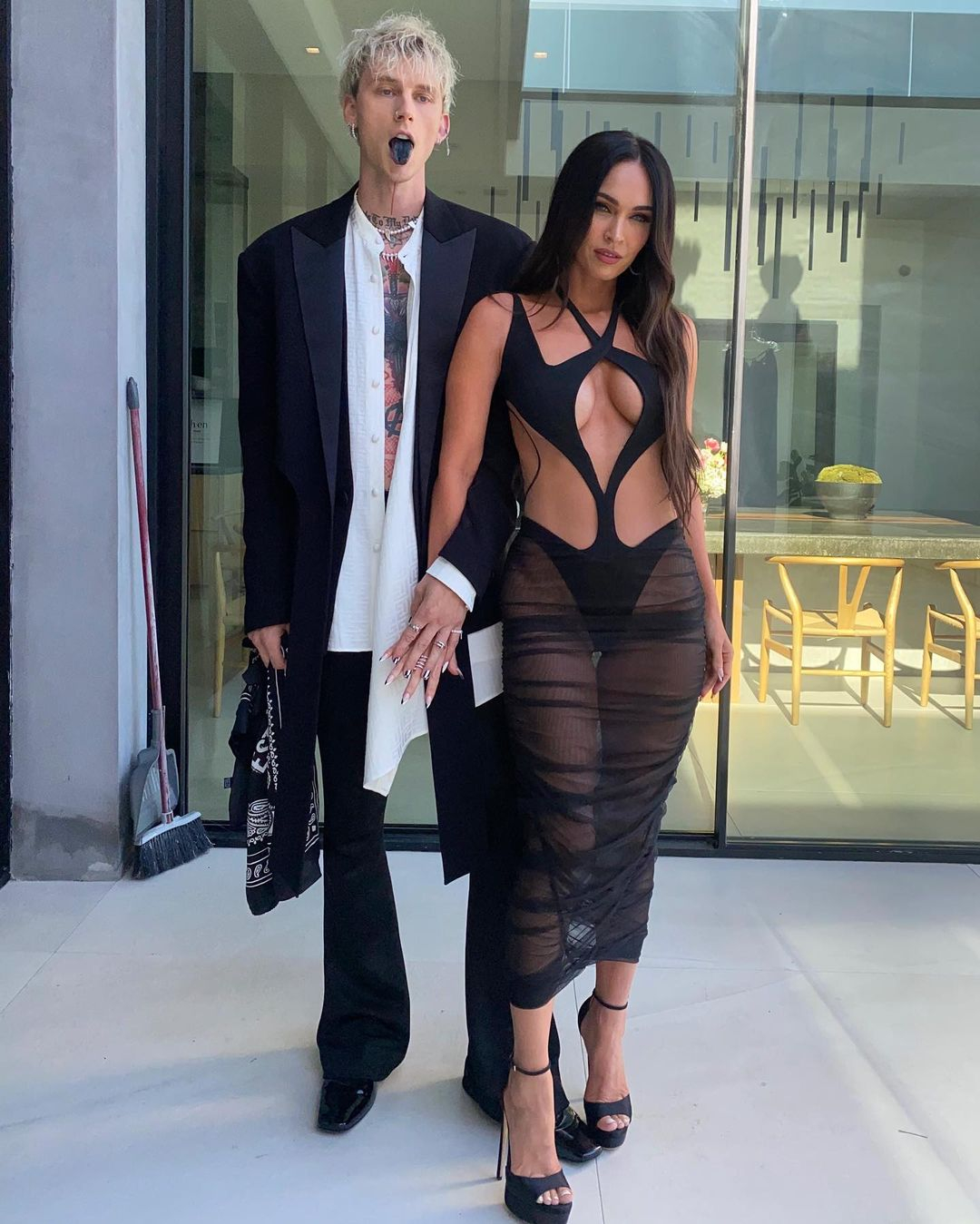 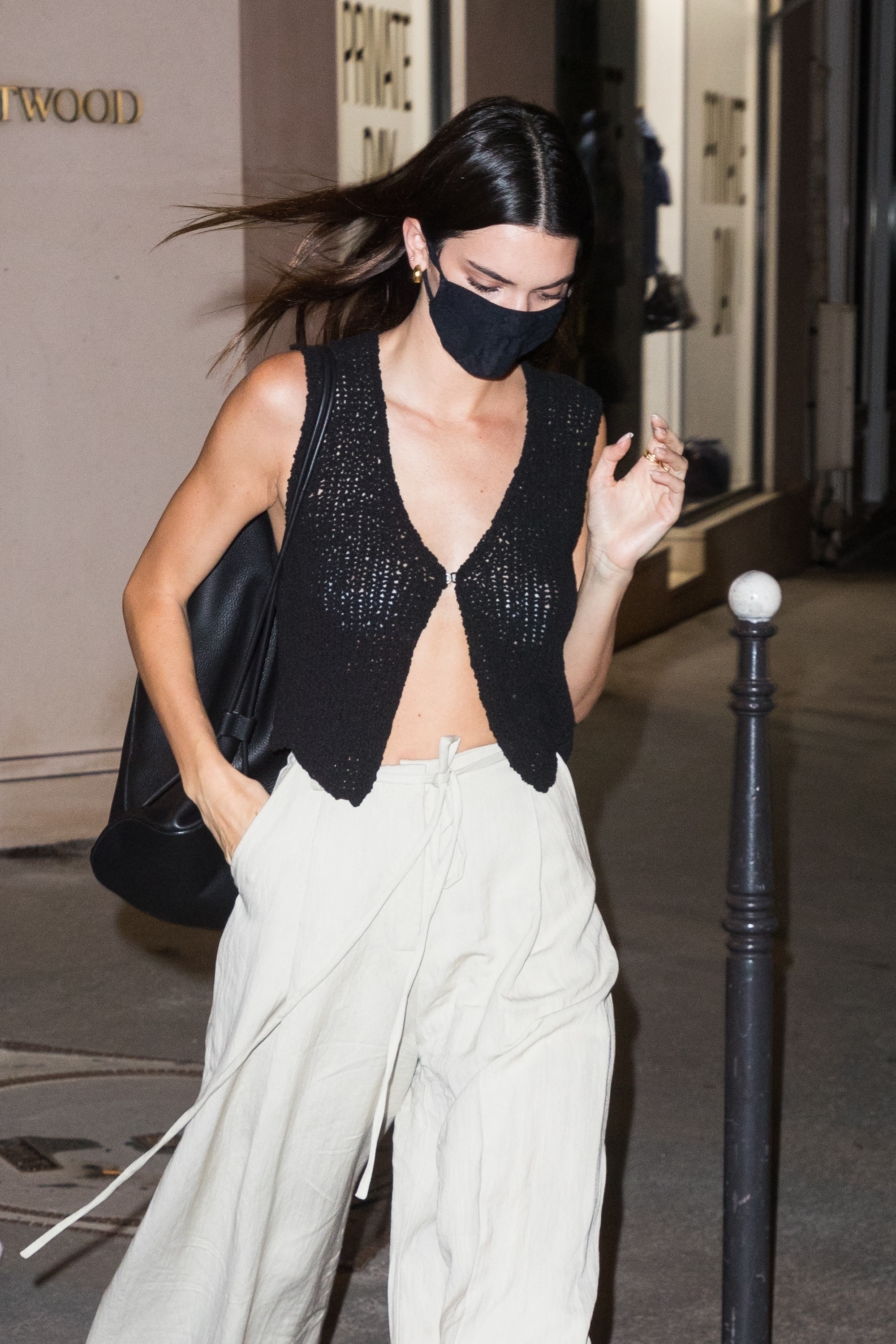 Earlier in May, the actress shared a photo of herself wearing a sheer black top as she appeared to be wearing nothing underneath.

One photo caught the Transformers star playing with her hair, while she stuck her tongue out in a second photo.

Megan captioned the photos in upside down font: “a case of mistaken identity.”

Another star not afraid to put her cleavage on display is Kourtney, 42.

The Keeping Up With the Kardashians star previously took to Instagram to share a photo of herself modeling a black jumpsuit, which included a large cut-out in her stomach.

The outfit allowed Kourtney to tease her underboob and show off her flat tummy. 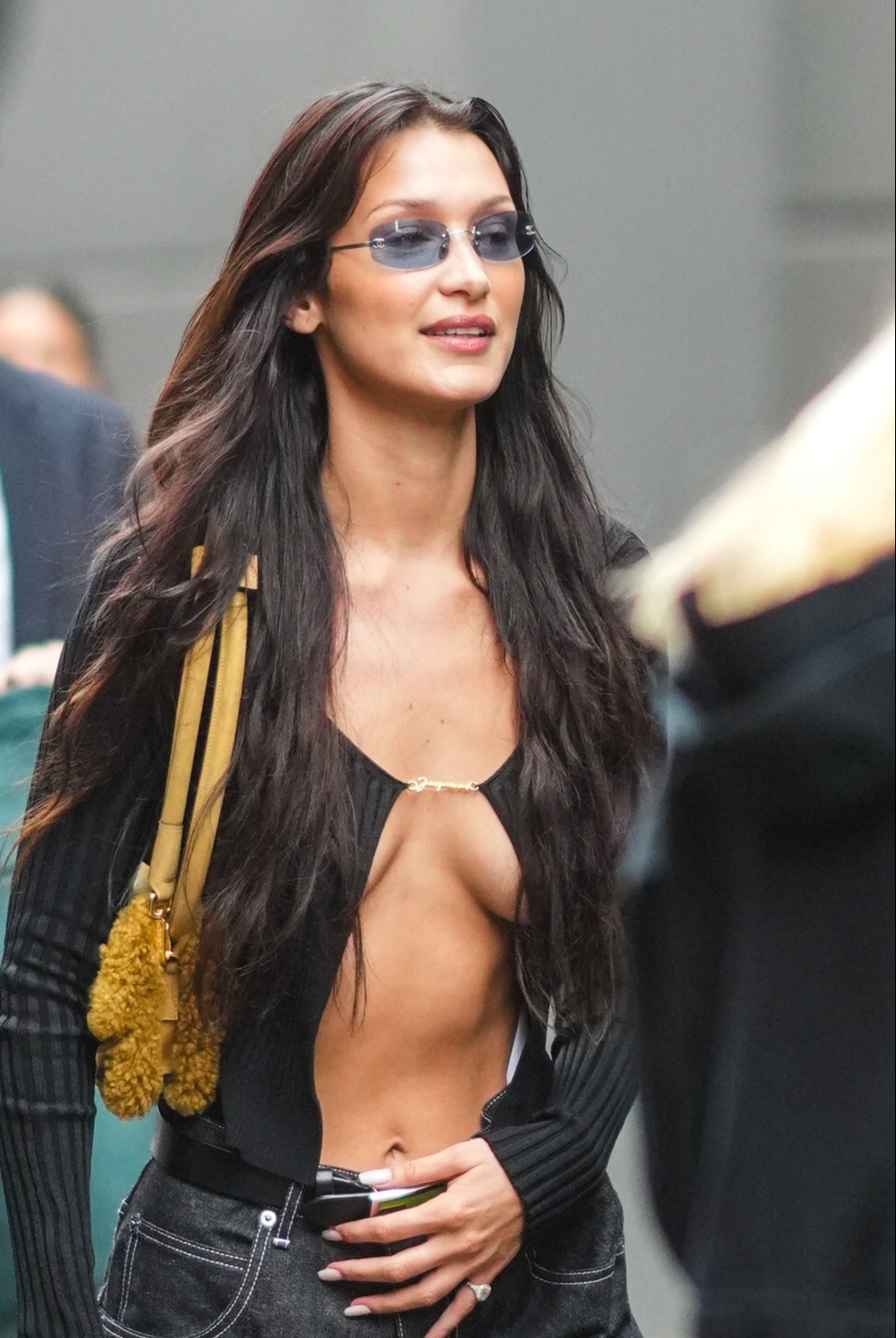 The 25-year-old model wore a black top that buttoned near her chest and had an opening to expose her cleavage and bare stomach.

Kendall- who was in Paris when the photo was taken- paired the revealing top with white pants and a black face mask.

Bella Hadid is another model that’s never been afraid to show a little skin and cleavage.

The 24-year-old recently shared photos of herself rocking a daring hot pink top that barely covered her breasts. 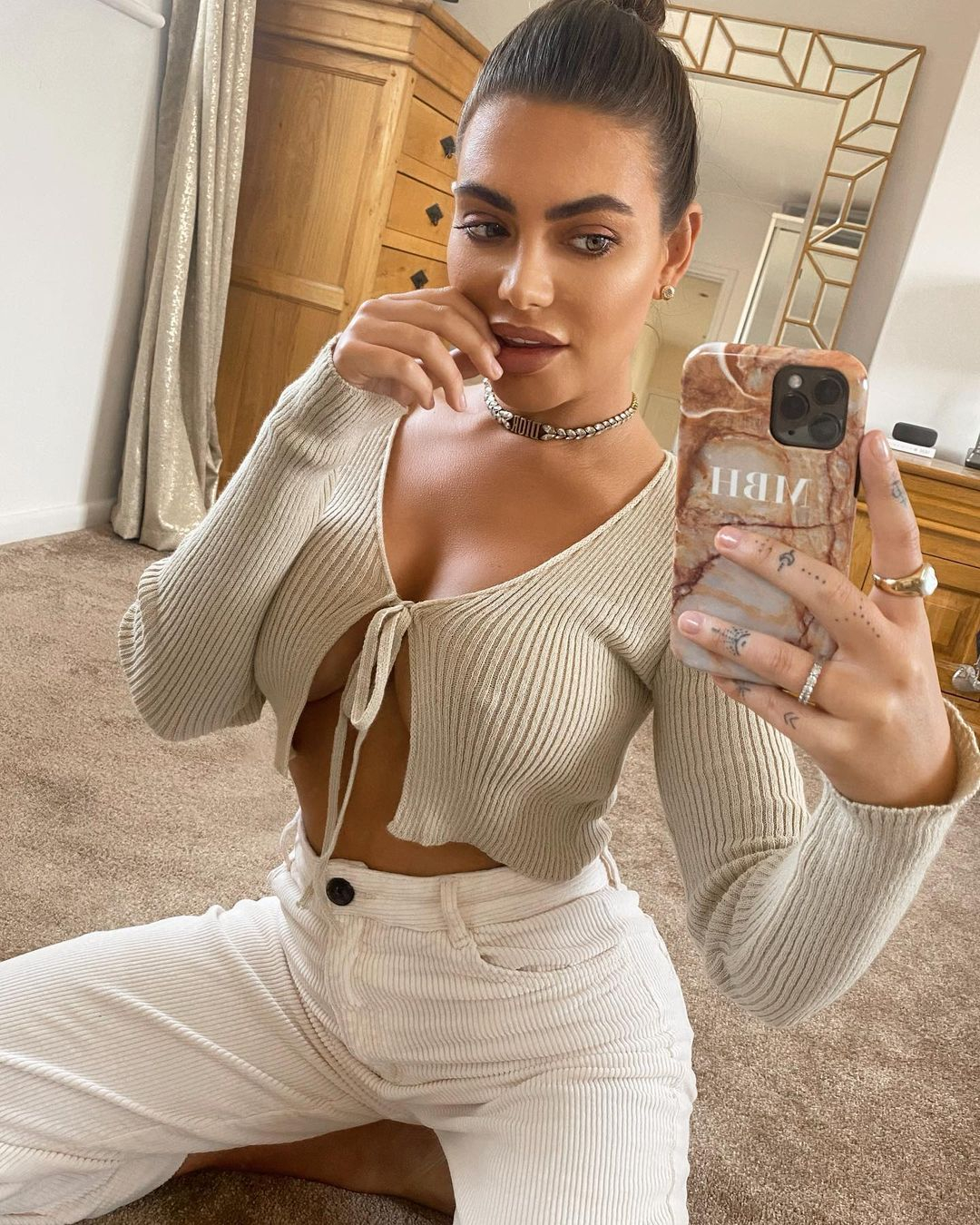 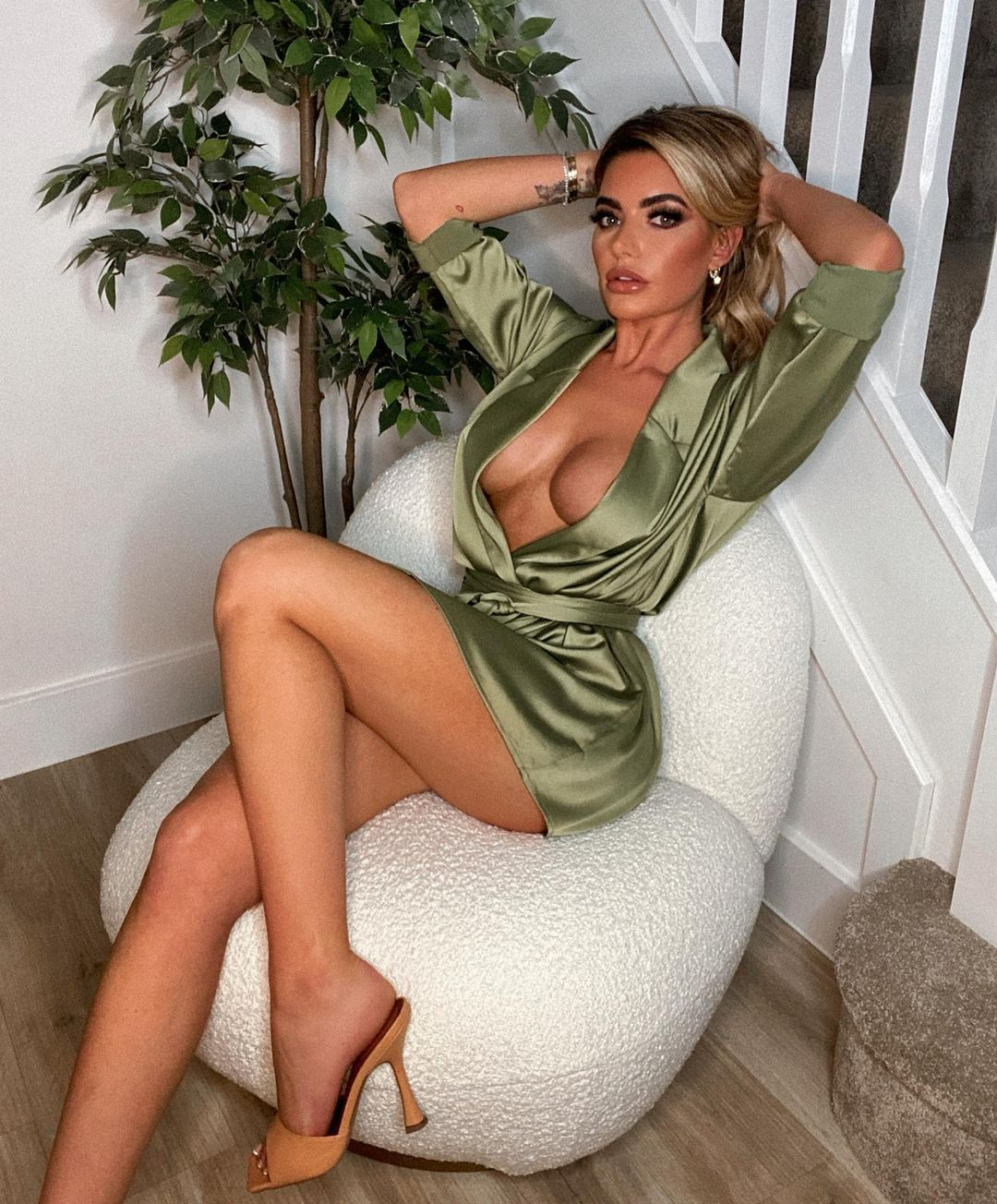 She paired the top with baggy khaki pants, while she played with her hair in the snaps.

The model has rocked a similarly daring look in the past, as she was previously spotted in France wearing a long sleeve black top that loosely connected above her breasts.

Bella’s boobs peaked out of the shirt, while she was clearly going braless in order to accommodate the bold top.

Additionally, model Megan Barton Hanson has been known to flaunt her cleavage on social media in daring looks.

New mom Emily Ratajkowski proved that she bounced back to her pre-baby body when she was spotted wearing a tiny blue top that barely covered her breasts while out and about in New York City in June. 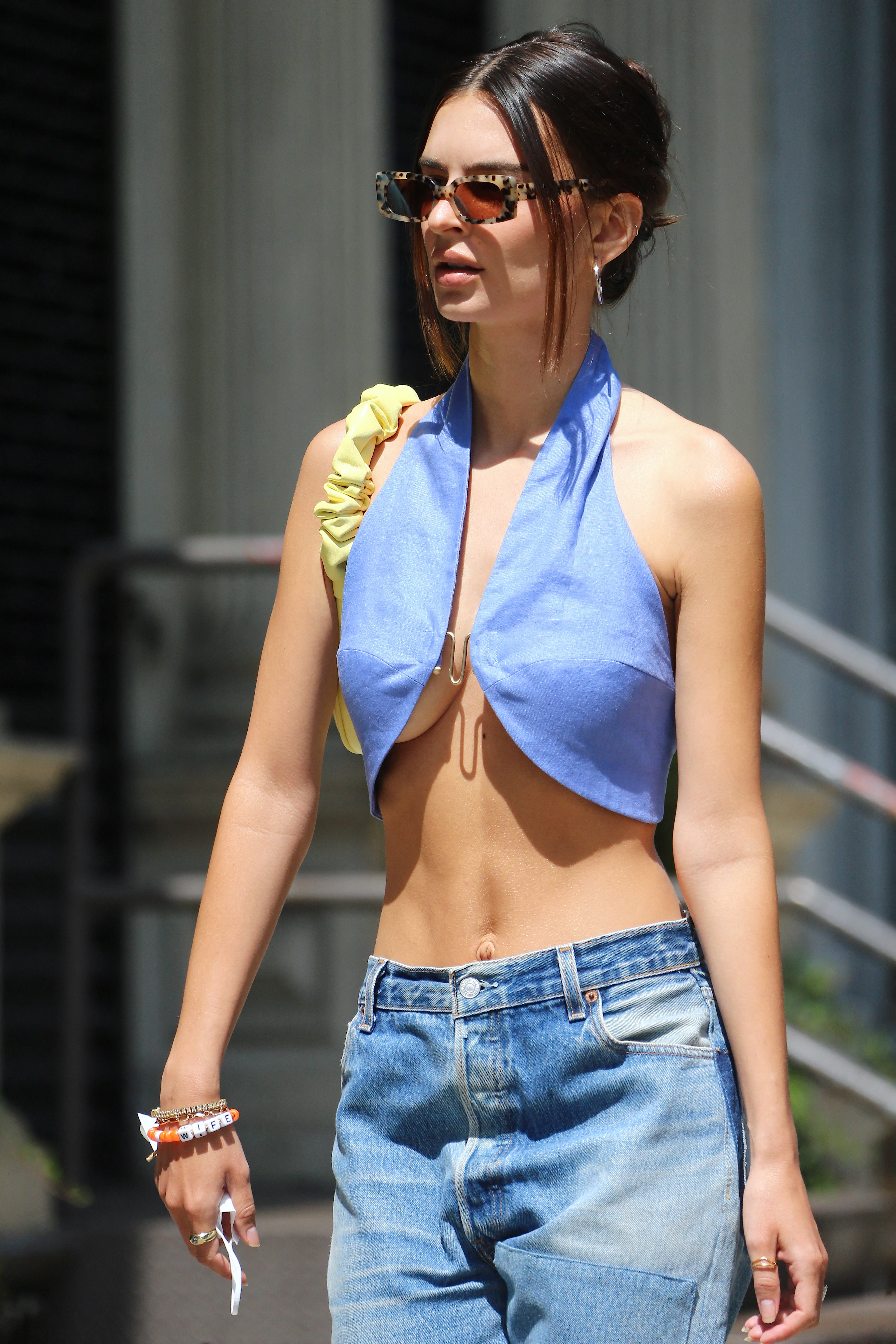 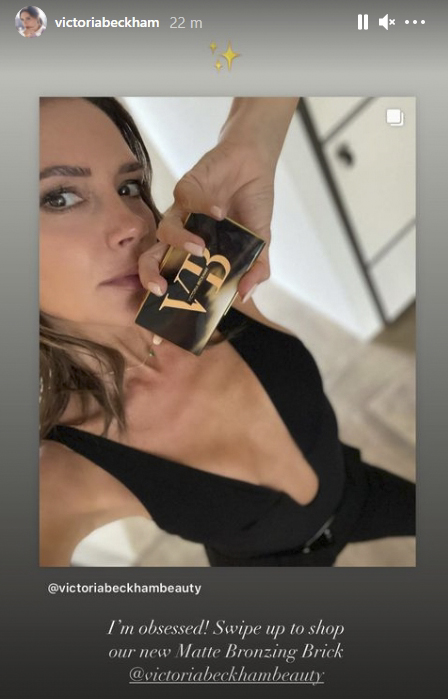 The 30-year-old paired the risky top with baggy jeans.

Victoria Beckham, 47, previously teased her cleavage while sharing a look at her low cut black top.

Back in May, the 20-year-old stunned in a tiny black top that just covered her nipples while attending the 2021 MTV Movie & TV Awards. 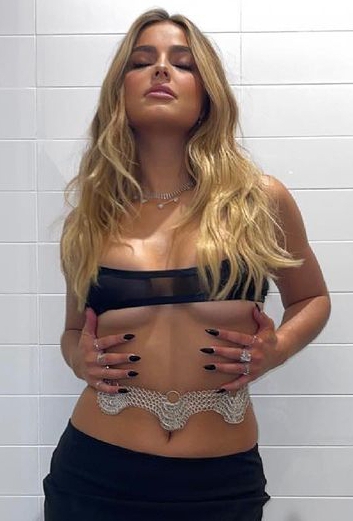 The outfit was completed with a silver belt that hung around her bare waist and a long black skirt.

Singer Rita Ora has also been known to flaunt her impressive body on social media.

In the midst of her many bikini pics, the 30-year-old previously shared a photo of herself posing in a sheer pink top.

Rita added flower emojis on top of her nipples to make sure the post wasn't flagged by Instagram. 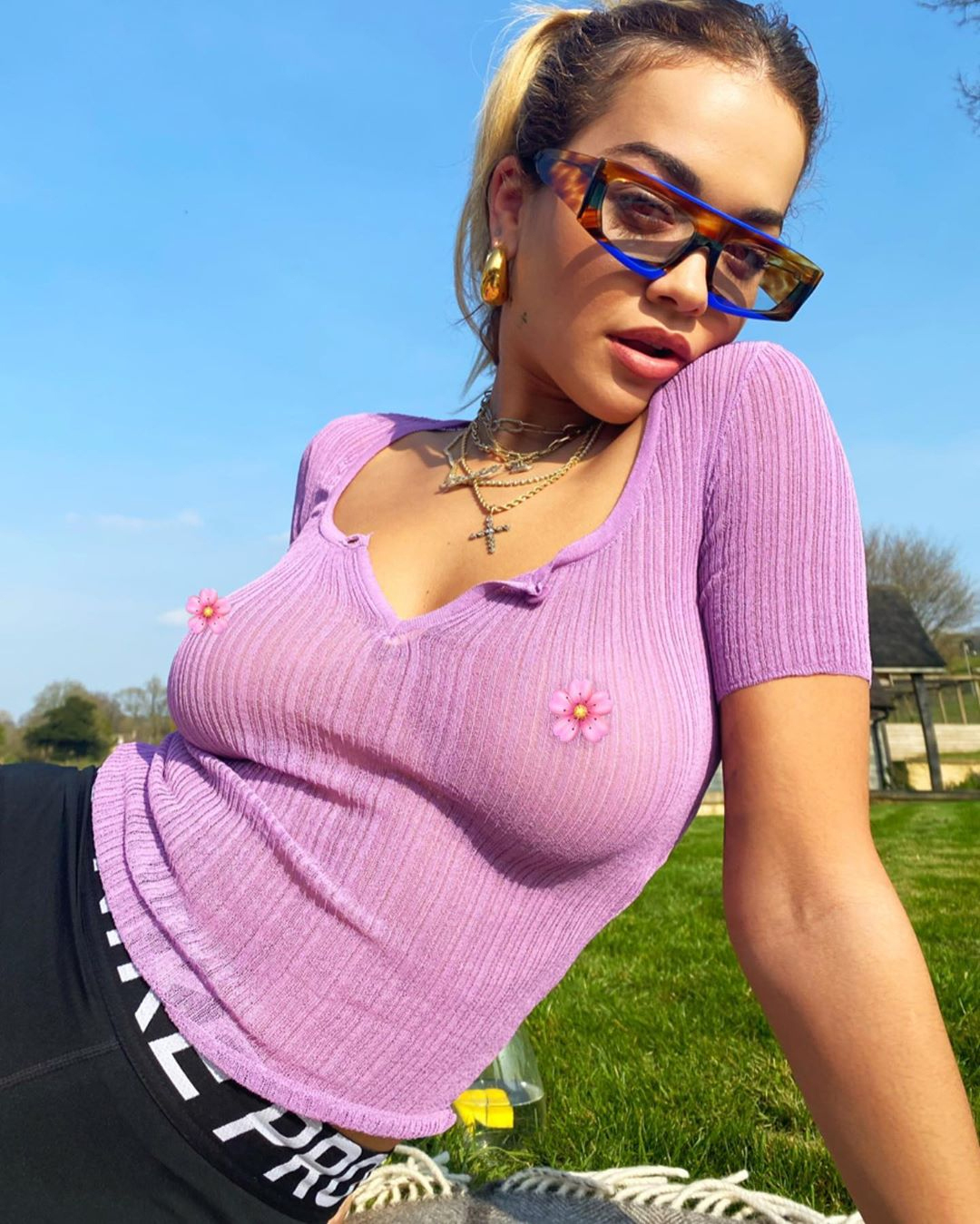